According to the reports in various outlets, Tottenham Hotspur’s are all set to confirm Antonio Conte as their new Head Coach after agreement reached.

The Italian manager resigned from his position at Inter Milan just seven days ago, just weeks after guiding them to their first Serie A title(Scudetto) in a decade, to stop the domination of Juventus over Italy.

He was one of the front-runners for the Real Madrid job, vacant after Zidane stepped down but with that role now overtaken by former Everton boss Carlo Ancelotti, So In a dramatic twist, Conte is now in the running for the Spurs managerial position.

His representatives have been in ‘advanced talks’ with Daniel Levy for the past few days the deal has reached an advanced stage so much so that Talksport journalist Alex Crook claiming that it’s practically a ‘done deal’.

Was told yesterday Conte to was ‘a done deal’. Other news outlets now reporting they are confident of getting it over the line. Fascinating to see how this works out. – Alex Crook

Spurs have been without a manager since April and have been scouring the market for an apt manager with a set philosophy to take them forwards.

Some names previously linked to the job are Graham Potter, Nuno Espirito Santo, Paolo Fonseca, Erik Ten Haag and Rafa Benitez, they also tried to tempt Mauricio Pochettino away from PSG for a romantic emotional return to Spurs but with one year still left on his PSG contract, it certainly looks like a far-fetched dream.

And to bring more jubilation for Spurs fans former Juventus Sporting Director of Football Fabio Paratici, who has just left the Juve role at the end of May this year and has previous work experience with Conte, is set to follow him to the club.

Going by the Italian daily La Repubblica(Romano), Paratici has already promised Levy that he will become the next director of football at Tottenham and has also spoken to Conte about the opportunity.

He pulled off some great talent acquisitions in Chiesa, Kulusevski, and Matthijs de Ligt. He had a big role in bringing Ronaldo to Juve. He’s also a very canny operator in the free-agents market hired some experienced stars such as the likes of Sami Khedira, Aaron Ramsey, Emre Can, and Adrian Rabiot on Bosmans in recent years.

He will obviously get a comparatively small transfer kitty at Spurs and he will also need to be precise at bringing talents in.

I have my reservations though with Paratici, I believe that Spurs should get their hands on Luis Campos, who’s available after leaving his role at Lille, he’ll suit more to Tottenham’s transfer policy i.e nurturing  talents. Campos spotted talents such as Mbappe, Martial, Fabinho, Osimhen, B. Silva and many more stars at a very young age for Monaco and Lille respectively. Also, he left those clubs at huge net profit in the transfermarkt.

WIS Verdict on Conte and Paratici to Tottenham:

It’s all music to the ears of the Lillywhites’ faithful’s, we fans have been crying for a Sporting Director who understands football and not only cares about the business side of things(i.e we have Daniel Levy for that), who’ll work for the benefit of the structure and system as a whole so that we never lose our identity and stability as a club.

As I have already explained in my previous pieces, Conte is an excellent manager when it comes to ambition, motivation, and setting in a winning mentality into the players. He has won silverware everywhere he’s been, that’s a sickening prospect in itself.

An excellent move by the Tottenham hierarchy as Conte can play the trump card role in swaying Harry Kane to stay at White Hart Lane and give it a go maybe for another year at least.

One thing I can bet on Conte’s sides is their boring consistency, he unlike other managers likes to work with bigger squads as we can observe from his tenures at Chelsea and Inter. He’s very well known for demanding more from everyone involved the players, staff, and the board.

There are some suspicions in the mainstream media like how would he get on with Levy and that strict budget and all. My argument to that  is Levy may have promised financial backing to Conte to convince him to come to North London. At Inter he showed his ability to play attacking and aggressive football, he normally plays with a two-man strike force in 3-4-1-2/3-4-3/5-3-2 formation, at Spurs Son and Kane can very well fit into the double-act role upfront.

There’s also a chance that if Tottenham allows him to spend freely in the transfer market he might get them some absolute World-class players such as Skriniar, Lukaku(if Kane Leaves), Hakimi from Inter’s fire sale this summer, he would be a big pull to attract those quality stars.

It would be a Statement signing by Tottenham if they managed to land Italian and they could well have to shake the squad according to Conte’s needs and system but that will all be worth it if they finish Top 4 next season because going without UCL is creating big holes in Tottenham’s pockets and they are very desperate for success.

Have your say in the comments below(Get that stuff and opinions out) and Let us know Whether this move will work out for all parties or not? 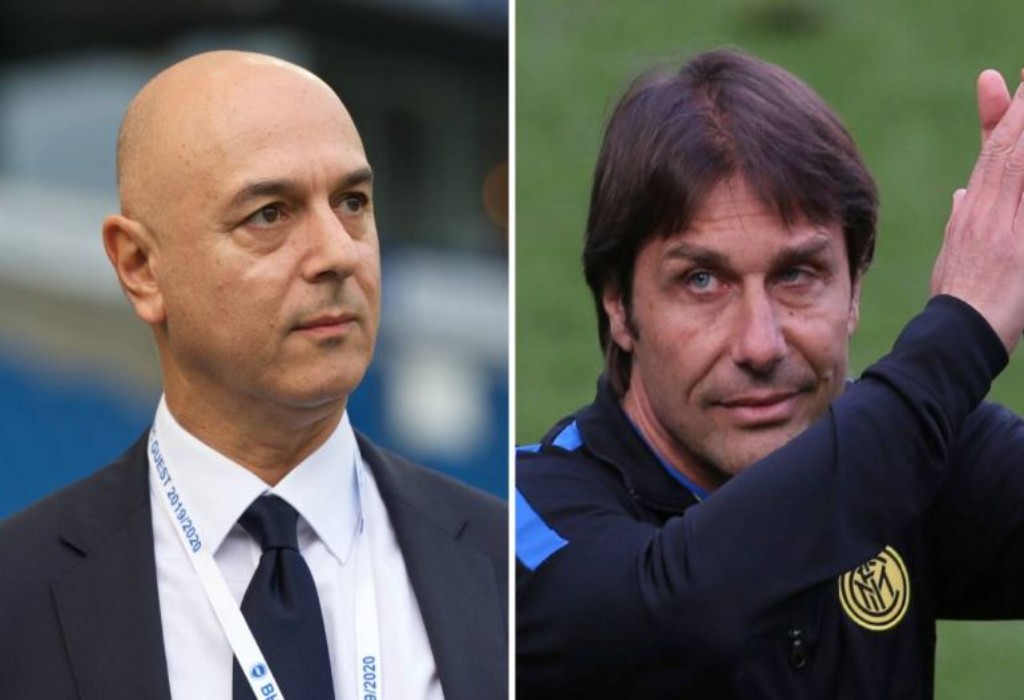