Ajax manager Erik ten Hag has signed a new contract which will keep him at the Dutch club until June 2023. His former contract was due to expire in the summer of 2022 but Ajax was keen to extend his stay.

In recent days the 51-year-old is being heavily linked to the vacant managerial position at Tottenham Hotspurs after Spurs decided to move on from Jose Mourinho. This news comes as a bitter blow for the Spurs board as they are believed to be interested in holding meetings with the Dutch manager, who has been a sensation over the years at Ajax and surmounted their dominance both domestically and also in Europe.

Ten Hag was appointed as the head coach of Ajax back in 2017, since then he’s been a revelation Ten Hag has steered the club to the Eredivisie title, won the Dutch Cup twice, and guided them to the semi-finals of the Champions League in 2019.

Ten Hag highlighted the club’s success and achievements over the years. The Amsterdam club is just a point away from triumphing another league title.

“We can take the next step with this team. I’m happy here,” Ten Hag said.

“Ajax is back on the map internationally. We get the recognition we deserve for that, but we want even more.”

“You can see then that the players are getting the attention, but also coaches,”

“Our success has earned us credit not only in the Netherlands but also abroad,” he said

He plays an attacking brand of football based on Cruyffian philosophies and deemed as “Total football”. His team’s domestic dominance is supreme if weighed in terms of attacking output. They have a goal difference of +68, 33 better than the current runner-up in PSV.

The shot’s volume and quality are an innate ability of Ajax’s system. They are conceding 8.2 shots per game and taking 20 shots per game which is nearly a +12 difference to compare Jose Mourinho’s Spurs shot difference is in -ve which speaks the volumes of the counter-attacking approach the Portuguese have in place at Spurs.

Ten Hag prefers progressive 4-4-3/4-4-1-1 formations the most Ajax maintained their dominant attractive football even though they are continually losing their key talents in Ziyech, Van De Beek, Frankie De Jong, and Sergino Dest. Ten Hag’s track record in nurturing talents has been excellent with David Neres and Tagliafico to name a few from the current roster.

Erik Ten Hag has worked wonders despite losing key First XI members. His system has elements of positional play and pressing methods. He modelled this system on Guardiola and Cruyff Legend templates to establish an entertaining, tactically sound, and progressive style of play and is part of a unique breed of dutch managers who follow a similar suit.

Did ten Hag extension mean a snub to Tottenham’s approach?

Absolutely not. Earlier today Fabrizio Romano revealed that this new one-year deal is not a “direct rejection” to Spurs’ approach. In fact, this extension is mutually exclusive of the Spurs speculations and was bound to happen even before Spurs rumours.

Ten Hag actually has a clause of a one-year extension on his contract, which was activated by Ajax yesterday.

Romano also highlighted the fact that Spurs are conducting meetings with various potential candidates and will follow shortlisting method instead of harrying and appointing the wrong manager and are very constricted in budget.

He would be an apt appointment for Spurs considering our squad is extremely talented but lost their way in the Mourinho era. I can see him working wonders with talents such as Bergwijn, Alli, Winks, and Ndombele.

With Spurs in monstrous debts of the new stadium, it’s highly unlikely that Levy would spend much in the coming years, and nurturing talents and maintaining Top-4 status may be the way forward for the Spurs hierarchy and Daniel Levy.

Also unlike Mourinho, Ten Hag prefers to stay away from the transfer politics and more focused on the training pitch. He signed a new 1-year deal at the Amsterdam Arena which is a bit of a blow in Spurs’ pursuits of initiating talks.

If Spurs are to get Ten Hag this may be an appropriate time with all Big clubs in a settled mode and their attention is away from Ten Hag. Bayern, Dortmund, Chelsea, Arsenal all have been linked to him before. Bayern has acquired Nagelsmann and Dortmund has hired Rose, so it’s fair to say there aren’t many big suitors in the market but Ajax will demand some compensation for sure and this can be an obstacle at appointing Ten Hag.

It will be interesting to follow this story in the coming days and Do let us know in the comments below, Should Spurs sign Ten Hag or move their attentions elsewhere? 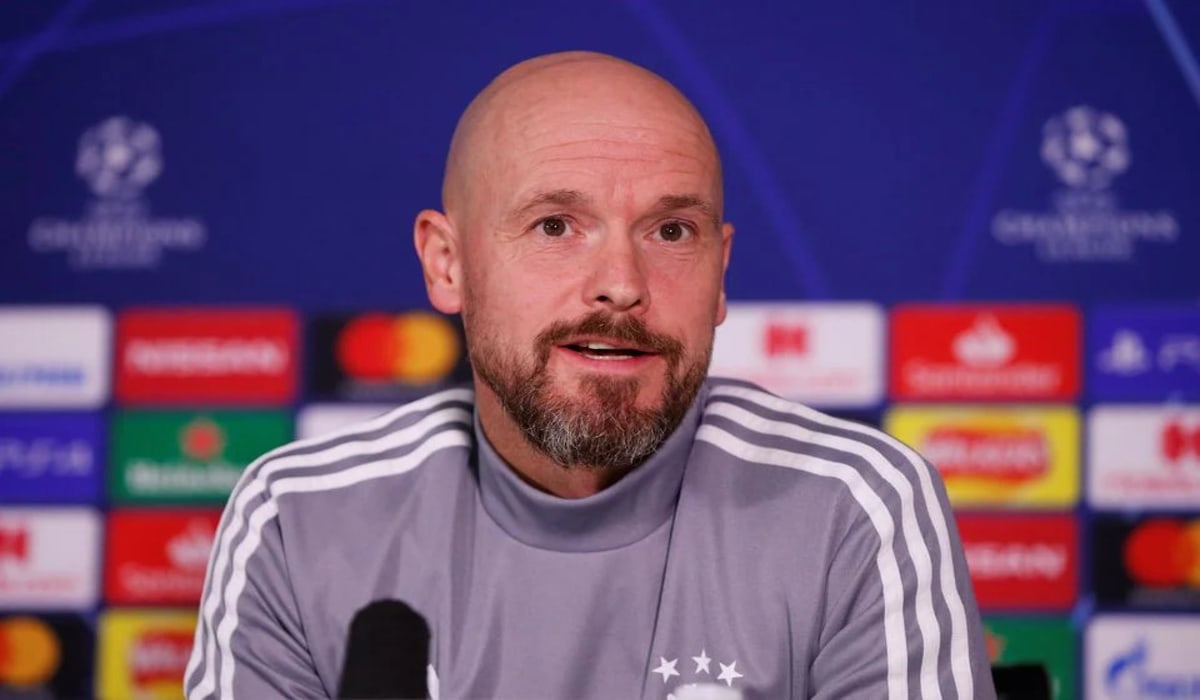