Following the emphatic 15-15 draw between Argentina and Australia at Newcastle’s Tri Nations Leg last week Saturday, the Pumas will need to put up a stronger performance if they are to beat the All Blacks the second time in a row. Last week’s Tri Nations draw was a try-less affair, as both Argentina and Australia were unable to ground the ball past their opponents try line.

On the other hand, New Zealand seeks to avenge their recent defeat from Argentina two weeks prior. With the history books being rewritten and the All Blacks suffering their very first defeat to the Pumas, the two sides previous test match will be remembered as a true grit performance by Mario Ledesma’s Argentinian side.

As kick-off draws near, Argentina is set to prove that their triumph was more than just a once-off and will be dedicating this match to their late national sporting hero, Diego Maradona, who passed on this past Wednesday.

Will the Maradona magic be the 16th player on the field for Argentina this weekend?

Ian Foster’s All Blacks went into their previous encounter as firm favourites, as no rugby enthusiast was willing to give Argentina any hope of beating their New Zealand counterparts. With their first official test match dating back to 1976, nobody expected to witness history as Argentina bagged their nation’s maiden win over the All Blacks.

Player of the match and Argentina’s major playmaker, Nicolas Sanchez, was on great form as he scored all 25 points for his team, including a sublime converted try; leading to a historic win for the Pumas.

After a great start to the encounter, it took the Pumas a gruesome 19 minutes to cross over the whitewash. Superb defence assured Coach Ledesma’s side went into halftime, leading 16-3.

The second half turned into a classic Tri-Nations test match as New Zealand ran in two tries, however, the boot of flyhalf, Nicolas Sanchez, constantly kept New Zealand on the back foot and led Argentina to one of the finest moments in their rugby history. 25-16 is how it ended and history was witnessed as New Zealand suffered their first-ever defeat against Argentina.

A total of 11 changes have been made to the starting 15 which played to a draw in last weekend’s encounter against The Wallabies. Following a gruelling past two weeks for Argentina, Coach Ledesma has opted to test his depth with some fresh legs for the All Blacks encounter. The only players who have retained their positions in the starting 15 are; Hooker Julian Montoya, Flanker Marcos Kremer, star Playmaker Nicolas Sanchez and Argentine Captain, Pablo Matera.

Will the new-look Argentina outfit be able to make it two from two against New Zealand in this weekend’s Tri Nations test?

The immense pressure is building for Coach Ian Foster’s All Blacks, as another defeat will decrease the morale of the three-time world champions. As New Zealand is coming into this encounter following two defeats, a third successive defeat will be a rare occurrence, as the last time, the All Blacks lost three tests in a row, dates back to their 1998 Tri Nations series.

New Zealand Head Coach, Ian Foster has opted to remain calm and has only made three changes to his side who lost against Argentina two weeks ago. Flanker Akira Ioane, Lock Scott Barrett and Prop Nepo Laulala are the only changes to New Zealand as they look to bag a bonus-point victory in their final test for the 2020 season.

Can New Zealand overturn a series of unfortunate events and succeed this weekend against a fired-up Argentine side?

As Saturday’s kick-off brings plenty of excitement to the rugby world., we are set for another epic encounter. The uncertainty on who will walk off the field victorious brings a lot of debate as to which side will be the better side on the day.

I will go on to say it will be a tightly contested Tri Nations test match where the experience of the New Zealand side will break the hearts of their opposing Argentinians. With both sides looking to give this test match their all, I feel New Zealand will be victorious by 5 points.

Who do you think will win this Tri Nations encounter? Let me know your thoughts in the comments below! 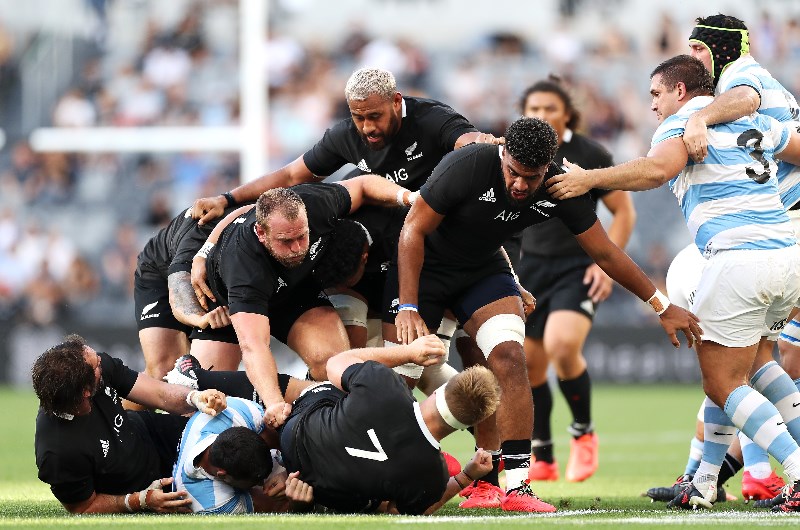