With Troy Deeney’s Watford contract set to expire at the end of the season, he has left the club on a free transfer and joined Championship side Birmingham City on a two-year deal.

Watford’s former captain was seen as something of an icon by fans, making 419 appearances and scoring 140 goals for the Hornets over an 11-year spell.

Speaking in a video message posted by the club and the player himself on social media, Deeney said: “It’s weird being asked to express my feelings for Watford Football Club and the emotions attached to leaving this wonderful place. I feel sadness and a loss similar to losing a family member. I feel excitement about my new journey and what’s to come in the future.

“Most of all I feel tremendous pride at what I’ve achieved over the last 12 years and the friendships and connections we’ve made – the people, staff, fans. Watford has literally changed my life.”

“Watford is a small part of Planet Earth but, for some of the most turbulent years of my life, it was the centre of my universe and I couldn’t have wished for better supporters holding me up, and I have been truly honoured to be the captain of that club and the fans’ representative on the pitch.”

Deeney has had a career filled with many ups and downs and it was certainly not a straight path to becoming a Premier League striker.

Deeney was invited by the Aston Villa academy to take part in a four-day summer trial at the age of 15 with a view to earning a youth contract; however, he missed the first three days as he “knew there was a game on the last day” and was not offered terms by Villa. After leaving school in 2004 he had begun training as a bricklayer, earning £120 a week, and joined Chelmsley Town.

He made his debut on 9 October 2004 in a 2–1 victory against Mile Oak Rovers, only coming into the first team as several players were unavailable because the game was an early kick-off – it had been brought forward to avoid clashing with England’s 2006 World Cup Qualifier against Wales. After holding down a regular place in the team, Deeney went on to win Chelmsley Town’s Player of the Year for the 2005–06 season.

Deeney was spotted by Walsall’s Head of Youth Mick Halsall, who only attended the match because his son was also playing and because the match he was scheduled to attend had been postponed. Deeney was playing while drunk but scored seven goals in an 11–4 win.

He was offered a trial by the then League Two club but only attended after his Chelmsley manager got him out of bed and paid for his taxi. After signing for Walsall on 18 December 2006, Deeney was instantly sent out to Halesowen Town on loan for the rest of the 2006–07 season.

He scored his first professional competitive goal for Walsall against Millwall in a 2–1 win in September 2007. This turned out to be his only goal of the 2007–08 season, and the 2008–09 season started similarly, with him managing only two goals in the first half of the season. However, the introduction of Chris Hutchings as manager coincided with Deeney finding a goal scoring touch.

Helped by the fact that his new manager started playing him in his favoured striking position, instead of on the right-wing as the previous manager Jimmy Mullen had, Deeney scored nine goals in Hutchings’ first 12 matches in charge. In the 2009–10 season, Deeney scored 14 goals to finish as Walsall’s top scorer and was awarded the club’s Player of the Year award.

On 4 August 2010, Deeney handed in a written transfer request amid interest from several Championship clubs. He had been told he was to leave Walsall earlier in the summer and had slackened his pre-season training in protest at the club’s hardline stance when trying to sell him.

From here Deeney’s career just continued to improve as he made an instant impact on the team. During his 11 years at the club, he made 419 appearances, scored 140 goals and got 62 assists. He was handed the captains armband prior to the 2014-15 season and will always be remembered as a club legend.

He had many iconic moments at Watford however one he is likely to consistently be remembered for was a goal against Leicester City. On 12 May 2013, Watford faced Leicester City in the play-off semi-final second leg at Vicarage Road.

In one of the most dramatic ends to a play-off match in history, Deeney scored a goal deep into injury time to qualify for the Championship Play-off final at Wembley. After Manuel Almunia saved a penalty taken by Anthony Knockaert and a rebound, Watford charged down to the other end, and Deeney lashed in the winning goal in the seventh minute of added time.

In addition to his untraditional rise to the top, he has had some off-field issues as well. On 25 June 2012, Deeney was sentenced to ten months’ imprisonment after pleading guilty to a charge of affray, having attacked a group of students outside a nightclub.

The Guardian reported that a “30-second video clip, which was played to the court several times, clearly showed both Troy Deeney and Brennan [Deeney’s friend] kicking out at the “defenceless” students, one of whom received repeated blows to the head as he lay injured”. He was released after serving almost three months of the sentence. 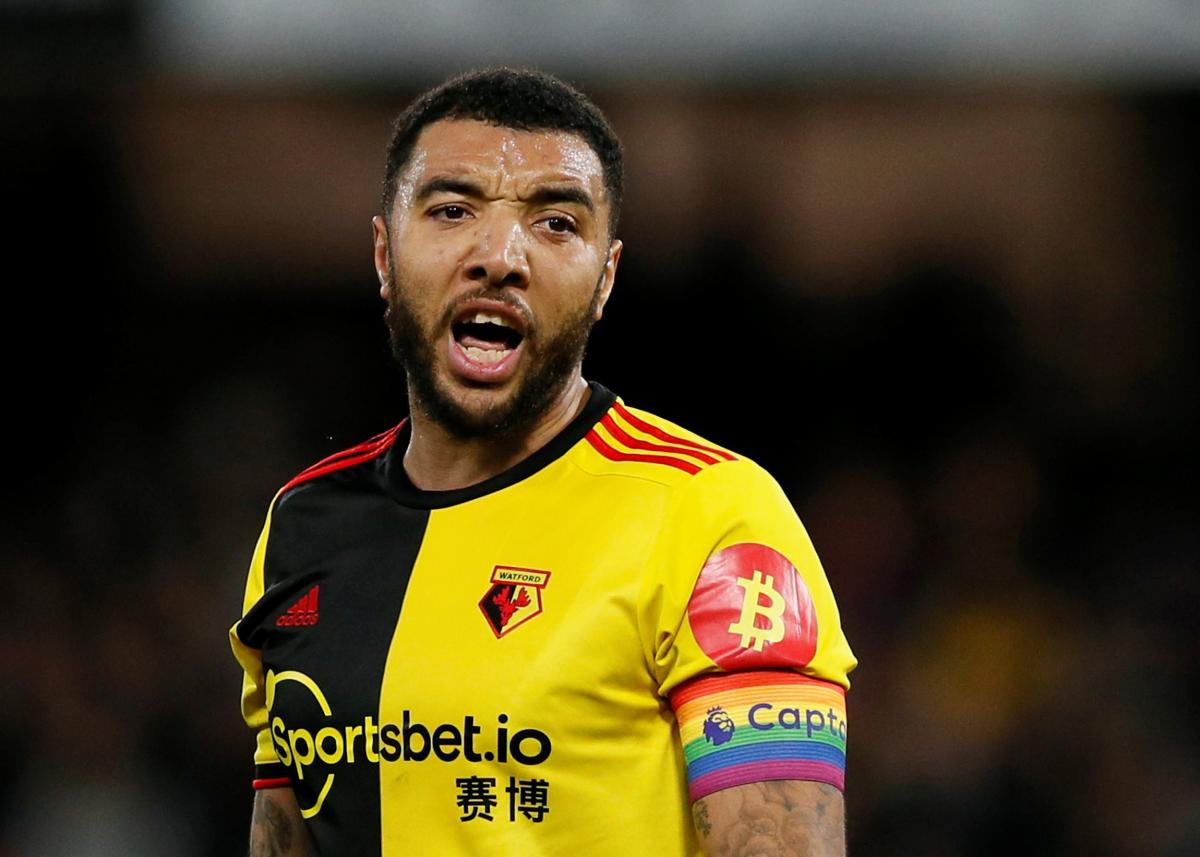