Tyson Fury the Gypsy King goes out with a bang

Tyson Fury retained his Heavyweight crown at Wembley stadium tonight with a sixth-round knockout of the challenger, Dillian Whyte. After the fight, he confirmed in the ring interview that he had promised his wife this would be his last bout. To boos from the crowd at the hint of retirement from boxing, Fury said, “I’m one of the greatest heavyweights of all time. I think this might be the final curtain for the Gypsy King. And what a way to go out!”

The contest, brutal and ill-disciplined from the first bell saw both fighters change stances from southpaw to orthodox and back again looking to unsettle their opponent, but there the tactics of the sweet science ended.

Wild swings, holding and hitting, and persistent refusals to break prevented this from ever being a classic boxing send-off for Tyson Fury. Indeed, it was hard not to form the impression that Whyte had said to Fury during the referee’s instructions, ‘Right, you and me, behind the bikeshed. Now.’

Pint-sized referee Mark Lyson had his work cut out, frequently trying, and failing, to separate the fighters who seemed intent on no-quarter-given brawling at every opportunity. Both men hurled abuse at each other, and both received prolonged lectures to fight fair from the beleaguered Lyson.

It fell on deaf ears.

The first five rounds passed by in a blur of bad behaviour, the contest an ugly, overly physical, wrestle fest with crude hooks and haymakers thrown and missed.

Then suddenly, in the sixth round, Tyson Fury found the punch that he had been waiting for, in the one moment of quality in the fight. A punch that has come to be Dillian Whyte’s Achilles heel: the perfectly timed uppercut.

For most of the sixth round, Fury kept Whyte at bay on the end of his jab; the action such as it was, of the groundhog variety. Then, just as another three minutes was about to slip by unremarkably, Fury unleashed a ferocious uppercut that floored Whyte heavily. The Brixton fighter made the count, but so scrambled were his senses that the act of standing up sent him careening into the ropes. Referee Lyson had no hesitation in waving off the contest, and Tyson Fury had retained his titles.

After Whyte recovered, the fighters embraced, and Fury was generous to his opponent who had waited the longest time for a crack at the heavyweight crown.

“Dillian Whyte is a warrior and I believe he will be a world champion. But tonight – he met a warrior. He’s got the heart of a lion, but he’s messing with the best heavyweight on the planet”

Of the punch that decided the fight Fury said, “I think Lennox Lewis would be proud of that right uppercut!”

For Dillian Whyte, there was to be no magical Rocky-style ending to his quest to be heavyweight champion. It was not to be Whyte’s night, and he left the arena desperately disappointed, to lick his wounds and come again another day.

For Tyson Fury, it was a pure razzmatazz, showbiz finale, as he crooned an out-of-tune version of American Pie to the delight of his jubilant fans.

Fury remains undefeated; one of the greatest heavyweights this country has ever produced. If it is to be the final curtain, we will never see his like again. 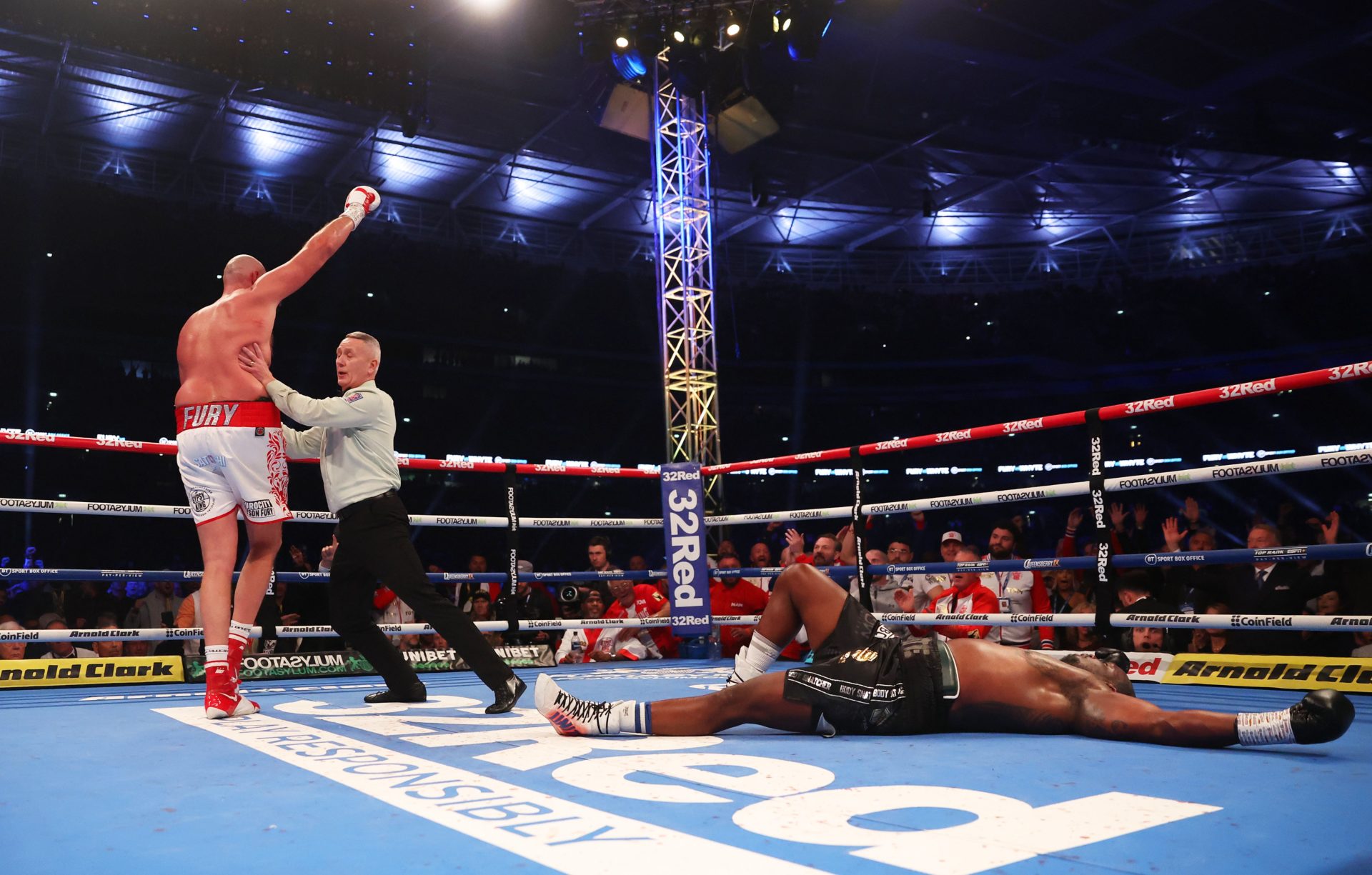