One of the exciting things about watching UFC Fight Night’s from the Apex Center, is that there is an aura of unpredictability in the air. Maybe its the fact that the venue is not far from the Las Vegas Strip. Maybe its the fact that a large portion of the fighters are trying to make a name for themselves and are in search of that marquee performance. Whatever the case may be, tonight we witnessed the first standing arm triangle submission in the history of the organization. Just when you’d thought you’d seen it all…

Overall, this was a very entertaining card. There was a great mix of young fighters attempting to establish themselves, along with wily veterans who are still competitive after all these years. As usual, the fans in attendance did a great job of adding an element of personality to the unique venue. There’s a lot to unpack here; without further ado, let’s get into it!

Early in round one, women’s strawweight prospect Amanda Lemos was very effective using calf kicks against former champion Jéssica Andrade. To combat this, Andrade began using body kicks to create space and stay out of range of Lemos’ assault on her calves. However, Andrade’s superior experience soon became evident. Lemos made the crucial mistake of swinging wildly and missing. Andrade swooped in and established a standing arm triangle, using the cage for back support the way a fighter would typically use the mat if they had been wrestled to the ground. Lemos had no choice but to tap out from the standing position; if she hadn’t, her shoulder would have surely been dislocated.

It was just a year ago that Andrade lost a bid for the vacant strawweight championship. This marks the second consecutive fight since that disappointing defeat where she has won in impressive fashion. If she keeps this up, it won’t be long before she gets another shot at the title.

Claudio Puelles is a poised fighter. Clay Guida is a 40-year-old legend in the lightweight division, but he can also be a wild man in the octagon. Puelles would not be rattled tonight. After Guida fought his way out of an early arm bar in round one, Puelles swiftly maneuvered his way into a knee bar and forced Guida to tap out. It happened so fast that a distracted viewer would have missed it. Guida looked clearly disappointed with the result; at some point youth conquers experience and that was on full display tonight. At 26-years-old, Claudio Puelles looks like a rising star. He is definitely a performer to keep an eye on in the lightweight division.

Women’s flyweight challengers Maycee Barber and Montana De La Rosa refused to give an inch during their three round struggle tonight. There was a lot of clinching against the cage, but neither woman became complacent. Some fights that include clinching become boring because the fighters are inactive; that was not the case tonight.

There was an early takedown attempt by De La Rosa, however Barber’s defense was superb and she refused to allow the maneuver. After breaking free from the clinch, Barber landed two big elbow shots to De La Rosa’s face that clearly left her dazed. De La Rosa could not stay out of range and Barber pummeled her with well-timed strikes for the rest of the round. In round two, De La Rosa bounced back with an early takedown followed by an attempted triangle choke. Barber eventually broke free and tried to employ her strategy from round one by landing strikes. However, De La Rosa was able to maintain her composure and dominate the round with ground control time.

In round three, Barber attempted a takedown of her own, but this time it was De La Rosa displaying superb takedown defense. However, Barber was relentless, landing a myriad of strikes against the cage. Finally, with 30 seconds to go in the round, Barber put an exclamation point on her performance by finally scoring an emphatic takedown. Most observers felt the fight was even at one round apiece before round three; Barber’s excellent last round secured the win. She was awarded a unanimous decision victory by the judges. Both ladies performed well tonight. They each have bright futures inside the octagon.

For the first two minutes of their fight, featherweights Lando Vannata and Charles Jourdain appeared hesitant to engage in high level activity. That all changed at the three minute marker of round one. Jourdain landed a big left handed jab that sent Vannata crashing to the mat. He pounced on Vannata immediately and put him in a tight guillotine submission hold, forcing him to tap out. Just like that, a relatively boring fight turned into an impressive submission victory. This was a good momentum builder for Jourdain; most fans are not familiar with his work but after tonight that may very well change.

Jordan Wright and Marc-Andre Barriault normally fight at middleweight. For tonight’s bout, they agreed on a catchweight of 190 lbs. with each man entering the octagon at the exact allowed weight limit. Early in round one, Wright attempted a takedown, but Barriault used his defense to avoid the maneuver and turn things in his favor by putting Wright in a headlock. However, Wright eventually achieved the takedown he was looking for. After Barriault fought to his feet, Wright scored a second takedown, and then things spiraled out of his control. Barriault flipped him over and established a guillotine submission hold. Wright was forced to tap out and Barriault was declared the winner.

Clay Guida has had a great run but it may be time for him to retire. Although he won the bout preceding tonight’s defeat, fight fans will recall that he took a severe beating for most of that fight. It was an unexpected submission hold that allowed him to achieve victory that night. Tonight, he would not be nearly as fortunate. At 40-years-old, his place as a Hall of Famer is solidified. Any MMA gym in the United States would love to have him as an instructor, or he could join an established crew like American Top Team or Team Alpha Male as one of their senior trainers. He’s been a great contributor to the sport over the years; perhaps now is the time for him to transition from participant to ambassador.

UFC Fight Night returns next week when bantamweight veterans Rob Font and Marlon Vera headline the main event of the evening. The Apex Center will be rowdy and loud with friends and family of the fighters vigorously supporting combatants vying for the opportunity to compete in sold out arenas. As always, we’ll have all the latest updates about the outcomes of the fights, as well as in depth analysis available right here at World in Sport! Until next time, take care of yourselves and each other. 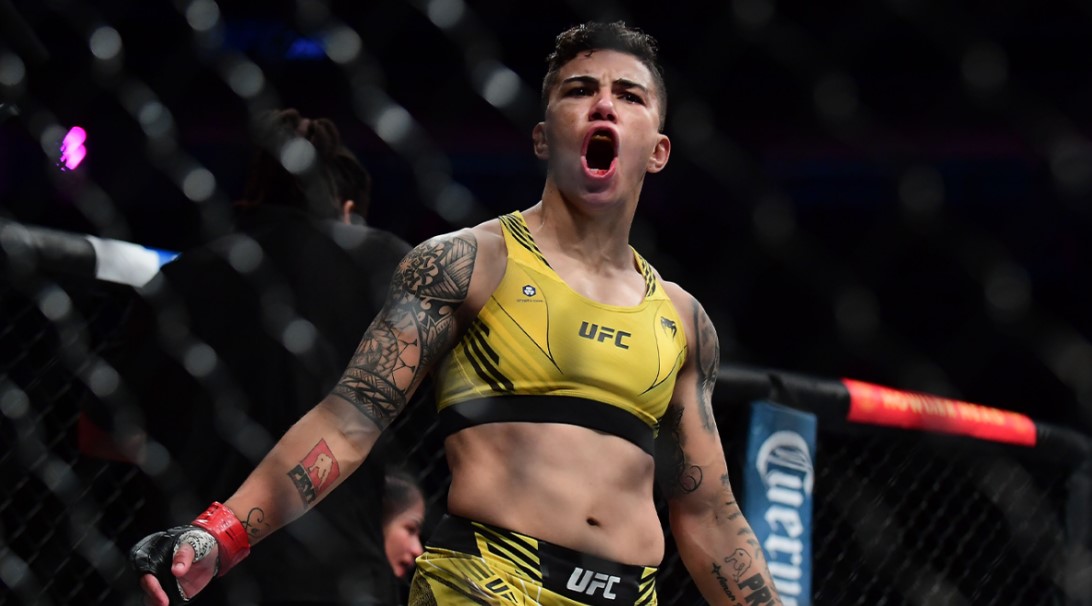