UFC president Dana White announced on Tuesday that Kamaru Usman and Jorge Masvidal will rematch for the Welterweight championship on April 24th at UFC 261. Usman only just fought last month, beating Gilbert Burns via TKO to retain his title for the third time. The Nigerian Nightmare called out Masvidal after the fight, and it was expected to be agreed to take place this Autumn, but the quick turnaround gave a pleasant surprise to UFC fans.

The first bout between the pair took place last July at Fight Island, as Masvidal stepped up on short notice to lose via unanimous decision. Now with a full training camp ahead of him, Gamebred is intending to seek revenge and claim his first-ever UFC title.

It was also confirmed that the bout will be the main event for the first full capacity crowd since the pandemic hit last year, in Jacksonville, Florida in front of 15,000 people. It’s set to be the turning point for normality in the UFC, in which case it’s hoping to see the back of events being held behind closed doors.

On the same card, it was announced that Valentina Shevchenko will aim to defend her Women’s Flyweight belt against Jessica Andrade and Women’s Strawweight champion Zhang Weili will face off against Rose Namajunas to make it three epic title fights all in one night.

Paulo Costa and the 155 division

In other news, Brazilian Middleweight Paulo Costa has had to pull out of his scheduled bout against Robert Whittaker which was set to take place on April 17th. Sources have confirmed that he has the flu and therefore would not be able to complete a full training camp in time, stating it is not Covid related. As a result, the UFC are aiming for Kelvin Gastelum to replace Costa and keep Whittaker on the card. The pair were meant to fight in the past at UFC 234 in February 2019 for the Middleweight title. However, on the morning of the fight, Whittaker was sent to the hospital and underwent emergency surgery. Now over two years later, they have the chance to meet again and finish what was once started.

In the Lightweight division, the UFC are in the works of getting a deal for both Justin Gaethje and Michael Chandler to fight this summer. Chandler is coming off an emphatic UFC debut win over Dan Hooker in January, and is confident in taking on a top three contender for his next bout. Gaethje’s last fight was against Khabib Nurmagomedov last October and will be hoping to get back in the win column to grasp another taste of UFC gold in the near future.

Staying with the Lightweight division, Tony Ferguson and Beneil Dariush are close to agreeing a deal to fight in May at UFC 262. Dariush is on a six fight winning streak and currently ranked ninth in the stacked shark tank that is the Lightweight standings, whilst Ferguson has lost his last two after going on an incredible 12 fight win streak prior to that. It would be a great match up for both fighters, with a win bringing one of them well into the equation for a future title shot.

Julianna Pena angered and Sterling and Yan have beef 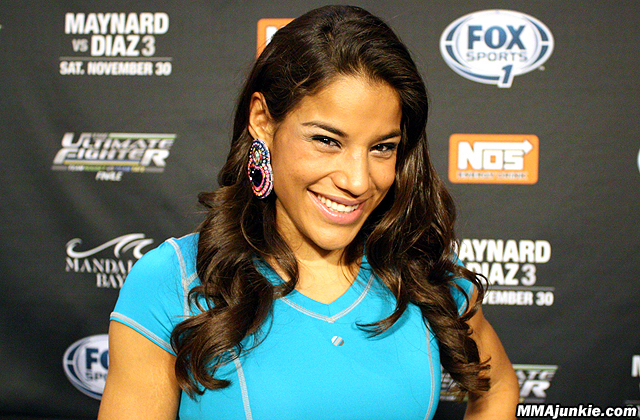 Julianna Pena has recently conducted an infuriated interview with UFC journalist Ariel Helwani, as she called out the legendary two division champion Amanda Nunes. Pena tweeted after Nunes’ win over Megan Anderson two weeks ago, calling for them to fight and that she could cause a real problem to the Brazilian.

She has since again restated her eagerness to get the bout made quickly, with Nunes only fighting for two minutes against Anderson and in good condition to go again soon. Pena has lost two of her last four fights, but believes she is the worst match up for Nunes and has the secret to exposing her weaknesses and getting the job done. The way things are going, it may eventually be a confirmed bout and is definitely one to keep an eye on in the coming weeks.

Following up from the anti-climactic ending of the Bantamweight title war earlier this month, champion Aljamain Sterling and Petr Yan have continuously been going back and forth on social media. Sterling has been condemned by fellow fighters for showing off his gold belt online despite only receiving it because of an illegal knee by Yan.

The Russian has replied by posting brief highlights of the fight and quoting Sterling about what he said he would do to him in the fight, one in which Yan was winning up until the disqualification. Sterling also posed in a video with former two-division champion Henry Cejudo, insinuating that he could face the Olympic gold medalist soon. However, Dana White has insisted that the rematch between the pair will be booked as soon as possible and there is unfinished business between one another. The back and forth from Sterling and Yan will certainly be even more interesting leading up to the second contest.

This weekend, another Fight Night see’s Derek Brunson take on Kevin Holland in a Middleweight main event showdown. Brunson has won his last three fights and is currently the number seven ranked in the division, with his last loss coming to the champion Israel Adesanya.

Holland won all five of his fights in 2020 and was one of the breakout fighters of the year now emerging in 10th spot in the rankings. It will be interesting to see how Holland does against a wrestler in Brunson, losing his last fight via submission two years ago and undoubtedly improved on his takedown defence and positioning on the ground. Likewise, Brunson does have a history of struggling against kickboxers in Adesanya, Whittaker and Anderson Silva in the past, so the fight will be intriguing when considering the clash of styles.

On the co-main event, we have the return of Lightweight Gregor Gillespie who has not competed since 2019. The 33-year-old suffered his first professional MMA loss last time out to Kevin Lee, and fans will be excited to see him return against New Zealand native Brad Riddell. His opponent has also suffered just the one professional loss, coming back in 2018 but Riddell still comes in as a sizeable underdog prior to the contest. 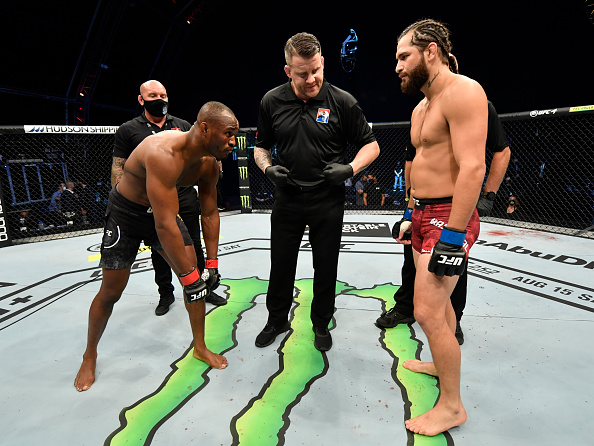