Legendary octagon announcer, Bruce Buffer, hasn’t missed a numbered UFC event since UFC 11 in 1996. He will be getting a much deserved break this weekend after an incredible streak of 255 numbered events as the organization’s cage announcer. While fans will certainly miss seeing Buffer’s familiar face and hearing his familiar voice, they will enjoy the treat of witnessing two title fights on the same card. UFC 267 is headlined by light heavyweight champion Jan Blachowicz putting his belt on the line against challenger Glover Teixeira. Without further ado, let’s get into it!

Jan Blachowicz is on a five fight win streak, the last two of which were the most important and impressive wins of his career. In September of 2020, he defeated Dominick Reyes for the vacant UFC light heavyweight championship. Then, in March of this year, he defeated Israel Adesanya, who decided to challenge him for the title although he was still the reigning middleweight champion of the world. Blachowicz handed Adesanya the first loss of his career and put the world on notice that he is a force to be reckoned with. Defeating Reyes may have made him a champion, but defeating Adesanya gave him the kind of signature win that could turn him into a household name. On October 30th in Abu Dhabi, Blachowicz will put his belt on the line again; another win would extended his victory streak in the octagon and solidify his place among the best mixed martial artists in the world.

When Glover Teixeira lost a unanimous decision to Cory Anderson in July of 2018, there were rumors that he would retire. Instead, Teixeira regrouped himself and came back better than ever. He is now on a five fight win streak, at the age of 42 and has earned yet another title shot. If he’s able to win on October 30th, he will become the oldest champion in UFC’s history. Beating Blachowicz for the title is no small task, but the 2nd degree Black belt in Brazilian Jiu-Jitsu who was named Comeback Fighter of the Year by Combat Press, has as good a chance as anyone.

Peter Yan suffered one of the most controversial losses in UFC history when he was disqualified against Aljamain Sterling. That loss cost him the organization’s Bantamweight title. He was initially scheduled to face Sterling in a rematch, which would give him a chance to avenge his loss and reclaim the title. However, an injury to Sterling during training camp caused him to pull out of the fight. Now, Yan must settle for a shot at the interim Bantamweight championship against Cory Sandhagen on October 30th. Although it may not be fair to Sterling, most fans will consider the winner of this fight the true champion of the division. If and when he does return to the octagon, Sterling will be forced to face the winner of this bout. With so much riding on the line, fans can expect Yan versus Sandhagen to be an all out war inside the octagon on Saturday.

Islam Makhachev has been training under UFC legend, Khabib Nurmagomedov, for years. Like Khabib, Makhachev competes in the lightweight division, which is rightfully considered the most talented division in the entire organization. His fights are so impressive that it is almost universally agreed upon that his reign as champion is not a matter of “if” but “when.” Think about that. In the most talented and highly competitive division in the sport, Makhachev is considered the heir to the throne. That speaks volumes about his talent, work ethic and dedication.

Dan Hooker is stepping back inside the octagon just four weeks after his last bout in September. After earning a unanimous decision victory against Nasrat Haqparast at UFC 266, Hooker’s profile rose several levels and the organization decided he deserved another shot. While defeating Islam Makhachev is certainly a challenge, a loss wouldn’t necessarily derail Hooker’s career. Makhachev’s star is shining so bright at the moment that even a valiant effort would prove that he belongs in the octagon with the best fighters in the organization. If Hooker performs well, he will become a regular at some of the organization’s events, win, lose or draw.

Alexander Volkov went the distance against Ciryl Gane in June of this year. Gane is considered the second best heavyweight in the organization after Francis Ngannou. While going the distance in a losing effort doesn’t make Volkov an elite competitor, it does show that he is tough inside the octagon and not someone who should be taken lightly. Right now, Gane and Ngannou are the kings of the division and it doesn’t look like that will change anytime soon. However, Volkov has proven he belongs at some of the biggest events the organization has to offer. He always gives an effort worth paying to see and the fans never leave feeling cheated.

M-1 Global is the most important mixed martial arts organization in Russia. The word Global in the organization’s title is not just a clever add-on intended to make the organization appear significant. Although they are based in Russia, they’ve held major events in other countries including the United Kingdom and the United States. Before joining the UFC, Marcin Tybura won the M-1 Global heavyweight championship. He had several successful title defenses before vacating the title upon making his exit. He is currently on a five-fight win streak and would like nothing more than to one day earn a title shot in the UFC.

Li Jingliang won his bout against Santiago Ponzinibbio by first round knockout in January of this year. Prior to that, he’d fought once in 2020 and once in 2019; having a second fight in 2021 puts an end to his trend of one fight per calendar year. If he ever wants to be considered elite, he is going to have to become a much more active fighter.

Khamzat Chimaev is an accomplished freestyle wrestler who’s won three gold medals at Sweden’s National Competitions. He’s also undefeated inside the octagon, having compiled a record of nine wins and zero losses. He hasn’t been involved in formal competition in over a year but all indicators is he has returned to form and will be ready to go on October 30th.

Magomed Ankalaev has only been defeated once his entire pro career. He is currently on a six-fight win streak and appears to be in the best shape of his life at the age of 29. The one thing that’s alluded him since joining the UFC in 2018 is a title shot. A win on Saturday will move him one step closer to that goal. Volkan Oezdemir, on the other hand, has lost four of his last six fights and hasn’t been seen inside the octagon since July of last year. He is the overwhelming underdog heading into his match on Saturday. However, once the athletes square off against one another, anything can happen. 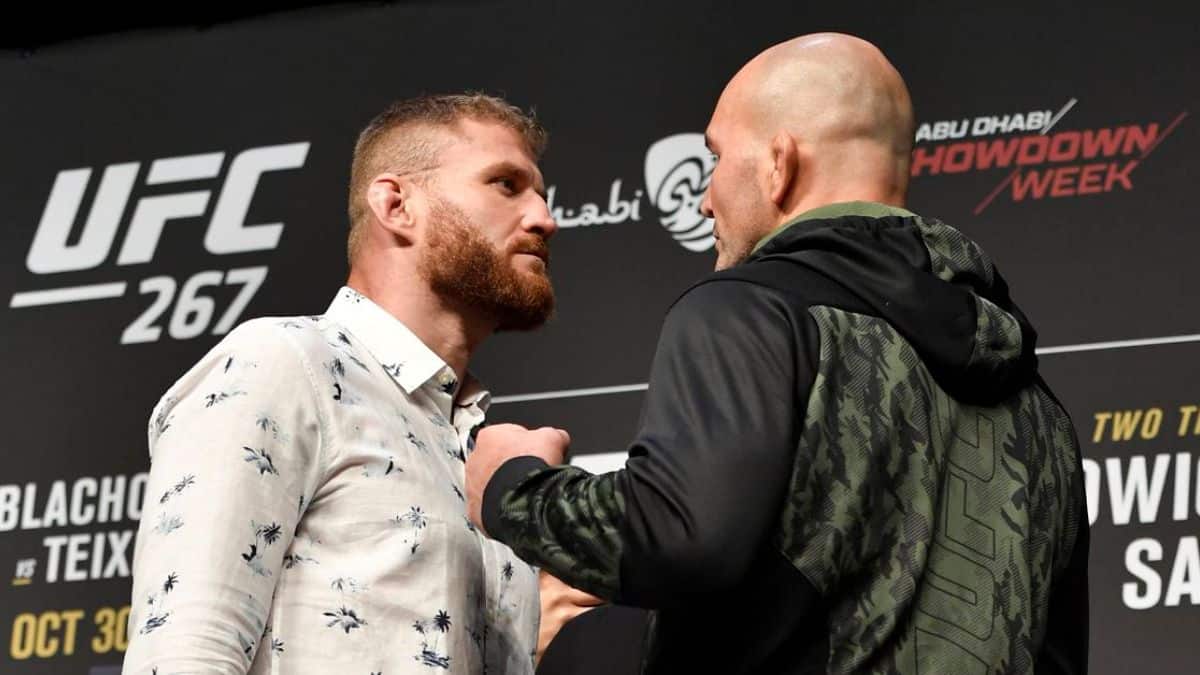