Former Barcelona great Ronald Koeman has just been sacked by Barcelona after an abysmal run of form which has seen them plummet to 9th place in the table, but who is the right choice to try and save Barca’s season?

Former Barcelona midfielder and current coach of Qatari side Al-Sadd, Xavi Hernandez is favourite to land the managerial job with the player himself expressing a desire to take up the post.

Xavi spent 17 years at Barcelona as a player before moving to Al-Sadd in 2015. In total, Xavi won 25 major honours with Barcelona including eight LaLiga titles and four Champions League titles to make him one of the most successful Spanish footballers ever.

Xavi had been earlier approached to take the job to replace Ernesto Valverde however, the World Cup winner explained that the ‘circumstances’ and ‘timing wasn’t right’.

There’s no doubting that Xavi is one of the most popular figures ever in Barcelona’s long and glittering history – but whether or not he feels like the time is right to return to Catalonia is another thing. The club is in a dire financial state and they lack players with perhaps the technical quality that Xavi would like. It would be a baptism of fire.

Koeman replaced Roberto Martinez at Everton – and Martinez could replace Koeman at Barca. The Spaniard has no prior connection to the club, which could well be a good thing, too as supporters are looking for a fresh slate.

However, his resume may seem a little weak to win over the Barcelona faithful. Martinez has been praised for his work at international level, despite not winning anything with Belgium’s golden generation. But, he was out-schooled at Euro 2020 fairly easily by Italy’s Roberto Mancini.

In terms of club management, he only boasts the likes of Swansea, Wigan and Everton; all of which are beneath Barcelona’s stature. FA Cup aside, he hasn’t actually won anything in management: even that trophy came during a season of relegation.

Conte may be off the board in a matter of weeks as he currently looks set to replace Ole Gunnar Solskjaer if the Norwegian is sacked, but for now, he remains on the list.

There is no doubting that Conte is a superb manager, boasting the likes of Chelsea, Juventus and Inter Milan on his resume alongside multiple league titles. However, there are some key differences between his philosophy and Laporta’s.

Conte’s departure from San Siro amid Inter’s financial crisis does raise questions over whether he would want to go to Barcelona who also are going through financial difficulties.

Ten Hag may seem slightly underqualified for the role as he has only Ajax for a couple of years, however, he would seem to be a perfect fit for Barcelona.

Ajax over the last few years has been stellar, taking them to within a whisker of the Champions League final in 2019 and his positional play is tailor-made for Barca.

In addition to this, he has helped develop some of the best young talent in world football such as Juventus’s Matheus De Ligt or Barcelona’s own Frenkie De Jong.

He has been linked to big clubs in recent times, most recently he was one of the favourites to succeed Mourinho at Tottenham. However, there seems to be something that is keeping the Dutchman at Ajax.

I’ve just thrown this one in as I’m sure almost any football fan would love for this reunion. Could Barcelona’s greatest coach since Cruyff rekindle the good times again at Camp Nou?

Well, it’s very doubtful. Pep Guardiola is settled and happy in Manchester, where he’s expected to complete his latest contract and take a break from football. He’s not one to quit projects halfway through and he’s very happy with the City board, who give him plenty of freedom to do whatever he wants with massive financial backing.

Still, Guardiola loves Barcelona and it would be a great story to see the prodigal son return to Camp Nou. 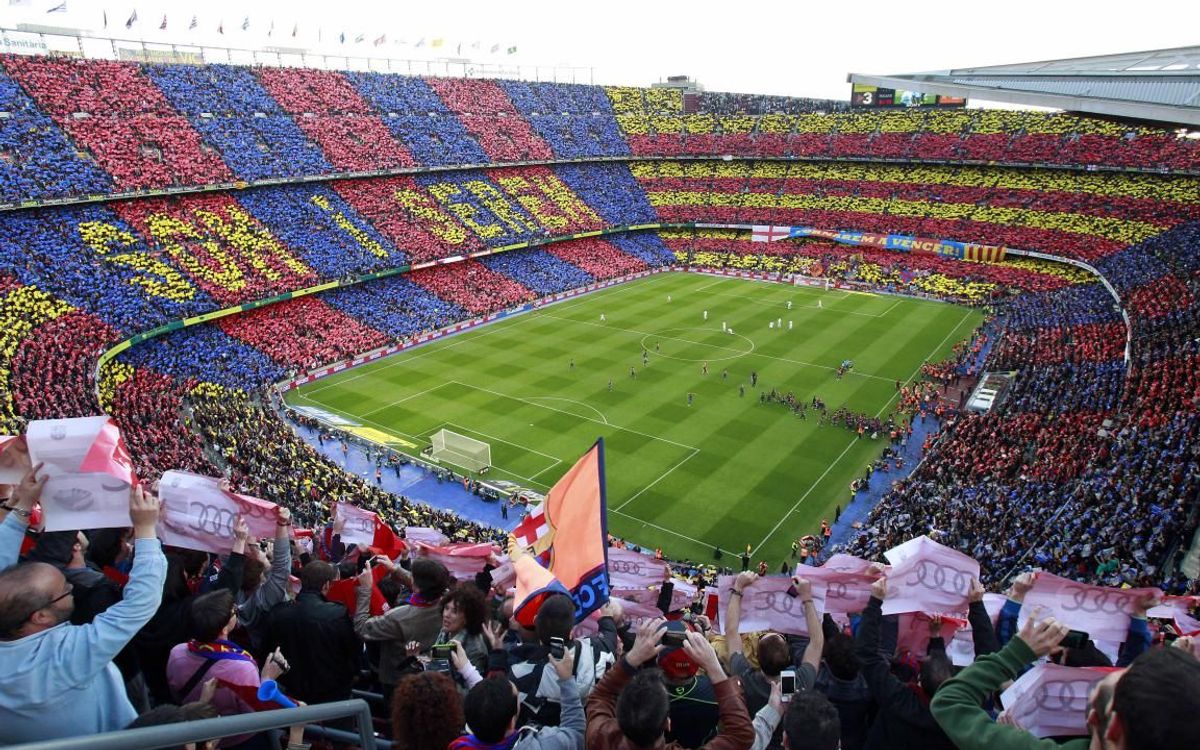