On March 8th, 1971, the most anticipated fight in the history of combat sports took place at Madison Square Garden in New York City. The event was Muhammad Ali, who’d been stripped of his heavyweight championship in 1967, against reigning champion Joe Frazier. This would be the first time in the history of boxing that two undefeated heavyweight champions would meet in the ring to settle the dispute about which one of them was the rightful heir to the throne.

As memorable as the fight was, the number of marquee personalities in attendance was almost equally impressive. Frank Sinatra was on hand taking photos for LIFE magazine. Sitting ringside, stars like Sammy Davis Jr., Bob Dylan and Hugh Heffner rubbed elbows together. “The Fight of the Century,” as its often been referred to, is still remembered as the biggest sporting event in modern history. While Usman versus Covington II won’t equal the legend of Ali versus Frazier I, the event is being held in the same historic venue. In the words of Old Blue Eyes, “Start spreading the news, I’m leaving today, I want to be a part of it, New York, New York…“

UFC 268 is going to be enjoyable from start to finish. The main event of the evening features a rematch between reigning welterweight champion Kamaru Usman and challenger Colby Covington. Expect a great fight and an electric atmosphere. Without further ado, let’s get into it!

Kamaru Usman and Colby Covington do not like each other. As a matter of fact, theirs is probably the most genuine rivalry in all of UFC. Although Israel Adesanya and Marvin Vettori share a strong dislike, and Conor McGregor and Dustin Poirier are far from friends, the discord between Usman and Covington is unparalleled. The two men did not shake hands or pay respects to one another after their 2019 bout; it’s highly unlikely they’ll do so this time around, regardless of the outcome.

Kamaru Usman is widely considered the best pound for pound mixed martial artist in the world. For a sport that is jam-packed with incredibly talented athletes, that is high praise indeed. However, year after year he only seems to get better. The only loss of his career came in his second professional fight; he’s won 19 consecutive contests since then and has never been defeated in the UFC.

Colby Covington has two career losses, one of which came against Usman in 2019. Although Usman is considered the best athlete in the division, the consensus is that if there’s a welterweight who can beat him, it’s Covington. Interestingly enough, both of these men were collegiate wrestlers who won Gold Medals in their respective divisions in 2010. Eleven years later, they find themselves pitted against each other in what will surely be the biggest event in UFC this year.

Rose Namajunas avenged her loss to Jessica Andrade, the woman who took the UFC strawweight championship from her. Unfortunately for Namajunas, circumstances would dictate that she would have to wait another nine months to regain her title. She did just that in April of this year, when she defeated Weili Zhang with a first round knockout. On November 6th, she will try to defend her title for the first time since regaining it.

Weili Zhang became the first East Asian champion in the history of the UFC. She desperately wants to regain the strawweight title for herself and her native country, China. Prior to losing to Namajunas in April, Zhang’s only loss came in the first fight of her career. Although she is no longer the champion, she is still a serious threat in the strawweight division and must not be taken lightly.

Frankie Edgar is 40 years old and has lost four of his last six fights. He’s been a fighter his entire life. After a collegiate wrestling career, he went on to become a Black belt in Brazilian Jiu-Jitsu. There are rumors circulating that he is going to retire after his November 6th bout, win, lose or draw. Like Frankie Edgar, Marlon Vera is also a Black belt in Brazilian Jiu-Jitsu. Unlike Edgar, Vera is only 28 years old and in the prime of his career. This matchup is a case of a seasoned veteran versus an up-and-comer. The winner will be given one more chance to compete at an elite level; the loser may be relegated to obscure undercards until they prove themselves worthy of another shot.

Despite losing two consecutive fights, Shane Burgos is still ranked in the top fifteen among fighters in the UFC’s featherweight division. However, if he wants to retain his place among the elite fighters in the division, he must emerge victorious against Billy Quarantillo on November 6th. For Quarantillo, a win against Burgos would serve as the marquee victory of his career thus far. Having joined the UFC through The Contender Series in July of 2019, getting a signature win during a major pay-per-view event would do wonders for his career.

Justin Gaethje may forever be known as Khabib Nurmagomedov’s last opponent. While that may not be fair to his career, he is the last man to face the legend before he retired as an undefeated champion. Gaethje is a talented fighter; unfortunately he competes in the UFC’s lightweight division, which happens to be the most hotly contested division in the entire sport.

Michael Chandler became a household name during a dominant run as champion in rival organization, Bellator. His popularity was so overwhelming that he was granted a title shot in just his second appearance in the UFC. However, things did not go as planned and Chandler lost in the second round to Charles Oliveira. Now, he is looking for a chance to redeem himself and earn another shot at the title.

UFC 268 is available on pay-per-view via BT Sport in the United Kingdom and ESPN Plus in the United States. As always, we’ll have all the latest updates about the outcomes of the fights as well as in depth analysis available right here at World In Sport! 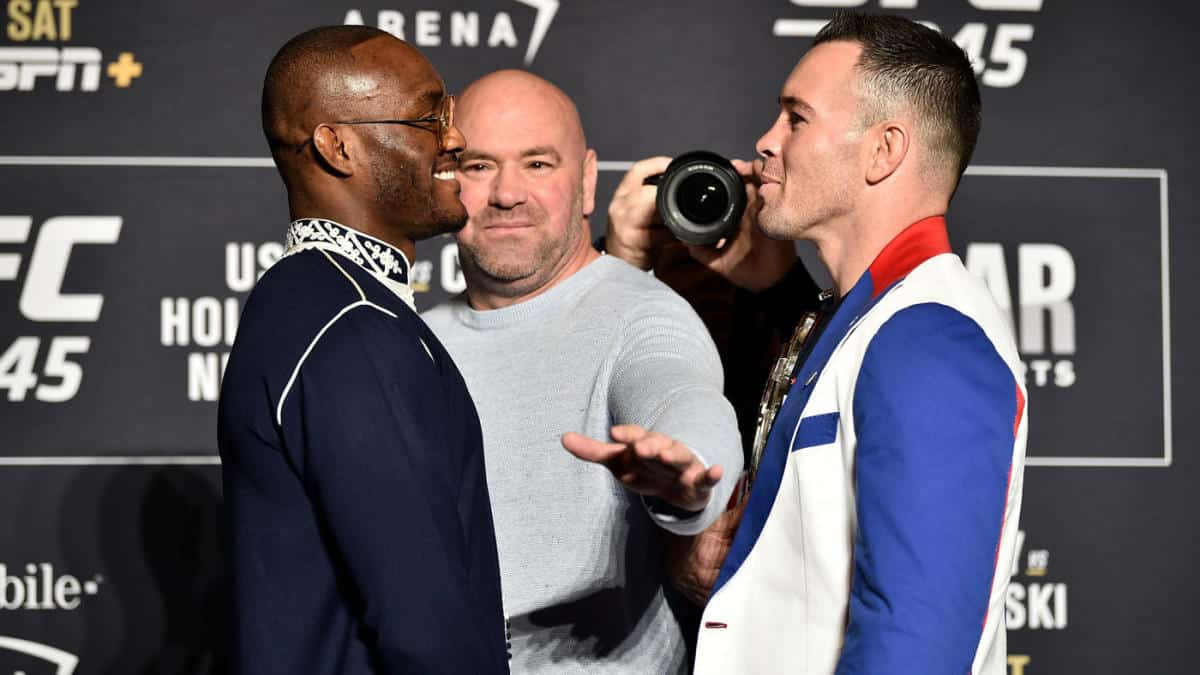