As expected, Madison Square Garden was abuzz for UFC 268 featuring Kamaru Usman versus Colby Covington. The fights were so entertaining that any first-time UFC viewers are now hooked on the sport and eagerly anticipating the next big event. This event definitely lived up to the hype. Without further ado, let’s get into it!

Kamaru Usman and Colby Covington are the class of the welterweight division. While there are other talented fighters in their weight class, these two athletes are simply a cut above their competition. If combat sports were structured like team sports, where a tournament determines the final round, Usman versus Covington would occur with the same regularity basketball fans were forced to endure when the Golden State Warriors and Cleveland Cavaliers met in the NBA Finals four consecutive years. There may not be a lot of suspense in knowing who will compete for the championship, but there’s no denying that the two most qualified opponents are squaring off.

In round one, both men were much more cautious in their approach then they had been during their bout in December of 2019. A clash of heads led to a cut under Covington’s eye near the end of the round. Usman landed strikes with more accuracy, giving him a slight edge.

Round two contained the most fireworks of the night. Usman landed a vicious overhand strike that sent Covington sprawling to the mat. He attempted to put Covington in a chokehold but he was able to prevent Usman from getting a tight grasp. Afterwards, Usman hit Covington with several impressive shots; 30 more seconds and Usman would’ve been granted a stoppage. Covington was lucky to survive the round.

In round three Covington came to life. It was an impressive turnaround from a fighter who literally just recovered from having his night ended on a second round stoppage. He hit Usman with well-timed jabs and even scored a takedown against him. Prior to tonight, Usman had never been taken to the mat by an opponent. Covington’s successful attempt ended Usman’s 100 percent defensive rating. In rounds four and five, both men had moments of exploiting the other’s weaknesses. Covington has a bad habit of taking looping shots that leave him open to counters. Usman is a brilliant counterpuncher and he took full advantage of these opportunities. After the fight, the two men congratulated one another and shook hands. It was a surprising but pleasant show of respect from two men who have showed open dislike for one another over the last two years.

The judges granted Kamar Usman a unanimous decision victory for his performance. He is considered the best pound for pound fighter in all of mixed martial arts. He almost has an aura of invincibility surrounding him. It will be interesting to see if and when he is pushed to the brink of defeat by a worthy opponent.

Rose Namajunas and Weili Zhang staged an epic rematch for the Women’s Strawweight division championship. A citizen of China, Zhang had become the first East Asian champion in the history of the UFC before losing her title to Namajunas. For her part, Namajunas has become a fan favorite over the years; the crowd was largely on her side, even cheering loudly when her face was shown on the jumbotron during the prelims.

This was a seesaw battle. After Namajanus scored the most impressive moment of round one with a late takedown, Zhang showed why she is one of the most respected fighters in mixed martial arts. She was dominant in rounds two and three, mixing in a nice variety of strikes, takedowns and grappling skills. However, Namajanus showed the resolve of a champion and used her elite wrestling prowess to dominate rounds four and five. For her efforts, Namajanus was granted a split decision victory by the judges.

After several failed takedown attempts by both Frankie Edgar and Marlon Vera throughout rounds one and two, a foretelling moment finally took place. Late in round two, Vera landed a right knee to Edgar’s face that clearly left the 40-year-old fighter hurt. He followed that up with an elbow that sent Edgar reeling and turned the momentum fully in his favor. Near the start of round three, Vera landed a front kick up the middle that landed squarely on Edgar’s jaw and sent him sprawling to the mat face first. The referee immediately stopped the fight. For Vera, this was the type of spectacular finish that will, at the very least help him remain in the top fifteen in the rankings, and could possibly help him crack the top ten.

Shane Burgos looked dead in the water at the end of round one. Billy Quarantillo had the momentum squarely in his grasp, making Burgos bleed from the nose and being the more aggressive of the two fighters. However, two consecutive rounds of dominance by Burgos completely changed the narrative of the fight. He was awarded a unanimous decision victory by the judges.

Justin Gaethje and Michael Chandler gave the fans in New York City the most entertaining first round I’ve seen all year. It was absolute nonstop action, with both men throwing defense and caution to the wind. Chandler scored often with calf kicks while Gaethje used his superior striking, most notably an uppercut, to open up a cut under Chandler’s eye by the end of the round.

In round two, Gaethje sent Chandler to the mat with an impressive striking combination. Chandler was able to survive the onslaught but the momentum was clearly in his opponent’s favor. In round three, Michael Chandler did his best Ric Flair impression and actually let Gaethje hit him while shaking his head “no” as if to indicate he wasn’t hurt. It was an entertaining moment of temporary insanity that he absolutely should never do again. By the end of the round, Chandler was a bloody mess and Madison Square Garden was at a fever pitch. It was an exhilarating start of the main card, fitting of a pay-per-view event.

Justin Gaethje was awarded a unanimous decision victory by the judges. During the post-fight interview, he stated that his next opponent should be the winner of Charles Oliveira versus Dustin Poirier. After tonight’s performance, it’s hard to argue with that.

I remember Anderson Silva’s heyday; it seemed as if he would never lose another match for the rest of his career. Right now, there is a similar feeling surrounding Kamaru Usman. He just seems to be a gifted, well-prepared athlete who knows what he wants and is determined to get it. All good things must come to an end, and someone will get the job done, but it’s hard to imagine Usman taking a loss anytime in the next calendar year. He’s just that good.

UFC returns to the Apex Center in Las Vegas next week for another installment of Fight Night. The main event of the evening features featherweights Max Holloway and Yair Rodríguez. As always, we’ll have all the latest updates about the outcomes of the fights, as well as in depth analysis available right here at World In Sport! 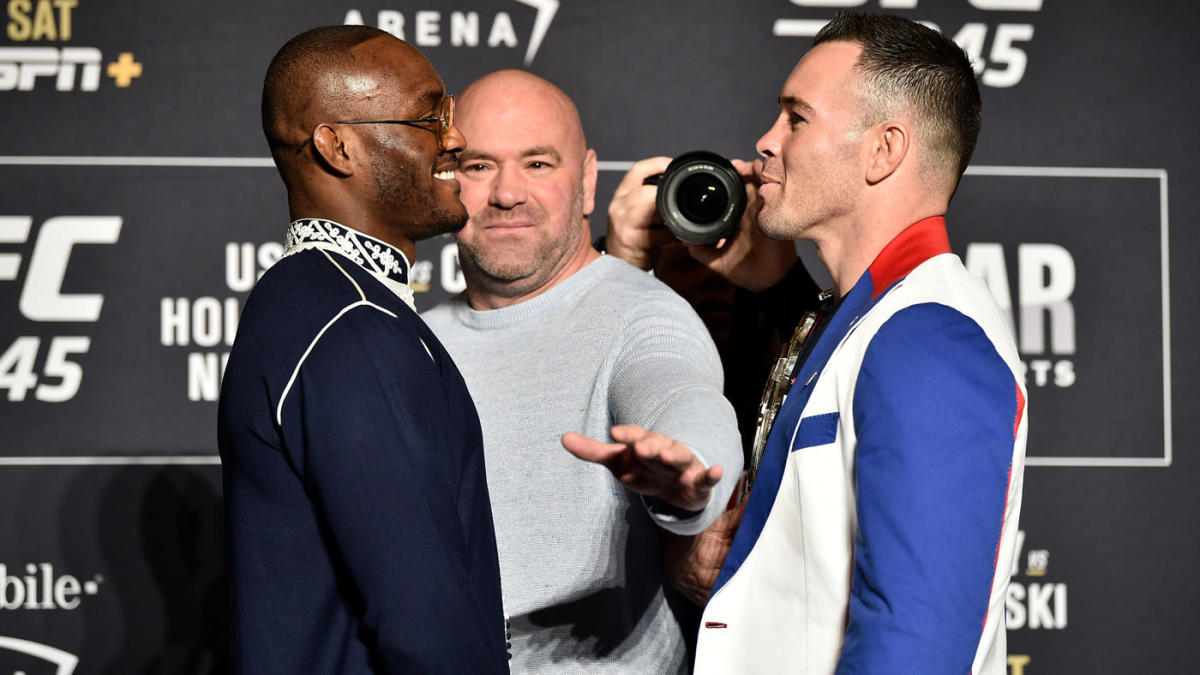