The main event of the evening on Saturday, May 21st, will feature two women at very different points in their career. Holly Holm and Ketlen Viera headline the UFC’s next installment of Fight Night; they bring into the octagon a 10-year age difference and vastly different resumes. Holm has been involved in five championship bouts since joining the UFC’s roster, while Vieira is yet to get her first title shot. Nevertheless, they each find themselves ranked in the top ten of the organization’s bantamweight division. All things considered, this should be a very entertaining fight. There’s a lot to unpack here; without further ado, let’s get into it!

Holly Holm became a household name in November of 2015, when she handed Ronda Rousey the first loss of her career at UFC 193. That victory earned her the Undisputed Women’s Bantamweight Championship; she would go on to participate in four more championship bouts. Unfortunately for Holm, she hasn’t emerged victorious with the championship on the line since the fight that made her famous. The last time she was seen in the octagon was October of 2020. It’s been more than a year-and-a -half since she’s competed; it will be interesting to see how much she has left in the tank after such a prolonged layoff.

Ketlen Viera was crowned the women’s bantamweight champion of both Mr. Cage MMA and Big Way Fighting, two organizations whose headquarters are located in her native country, Brazil. Since relinquishing those belts and joining the UFC’s roster in 2016, Viera has failed to earn a title shot. She has been a consistent performer but a shot at the belt has always alluded her. However, beating a legend like Holm on Saturday could do wonders for her profile and force the organization to place her in a championship bout for the first time in her career.

Welterweight prospects, Santiago Ponzinibbio and Michel Pereira are both Black belts in Brazilian Jiu-Jitsu. However, Pereira is currently on a four-fight win streak while Ponzinibbio has lost two out of his last three bouts. Both men began competing professionally in regional promotions in South America; neither fighter has been granted a title shot since joining the UFC. Due to the high level of competition he has faced, Ponzinibbio is currrently ranked in the top fifteen in the division, despite his recent lackluster performances. If Pereira wants a shot at joining him in the rankings, he’ll have to turn in an impressive performance on Saturday.

Relatively unknown middleweight prospect, Chidi Njokuani, made the most of his UFC debut in February by winning his bout against Marc-André Barriault via first round knockout. It was an disappointing moment for Barriault; he’s been on the UFC’s roster since 2019. However, he quickly redeemed himself, looking impressive in a first round submission victory over Jordan Wright last month. Now, Barriault will have a shot at revenge against Njokuani, just three months after the newcomer dealt him the most embarrassing moment of his career.

Women’s strawweight prospect, Polyana Viana fought once per calendar year in 2020 and 2021. Although she emerged victorious in both bouts, her dedication to the sport has been questioned. Meanwhile, her next opponent, Tabatha Ricci, fought four times in 2021, the latter two coming in the UFC. Now that she has become a regular in the world’s premier MMA organization, Ricci has vowed to be among the most active fighters on the roster. The upcoming bout between these two on Saturday represents a clash between a warrior on the decline and a fighter on the rise. The trajectory of their career could depend on the outcome of the fight; you won’t want to miss it!

Middleweight prospect Eryk Anders won a collegiate National Championship as a member of the Alabama Crimson Tide in 2009. He then went on to become the LFA middleweight champion, after deciding on a professional career in mixed martial arts. That catapulted him to a spot in the UFC, where he has remained ever since.

His upcoming opponent, Jun Yong Park, was born in South Korea and competed in various mixed martial arts organizations before being called up to the UFC in 2019. Although neither man is currently ranked in the top fifteen in the division, both are highly respected competitors who are known to leave it all on the line once they climb into the octagon.

UFC Vegas 55 can be viewed on BT Sport in the United Kingdom and on ESPN Plus in the United States. As always, we’ll have all the latest updates about the outcomes of the fights, as well as in depth analysis available right here at World in Sport! 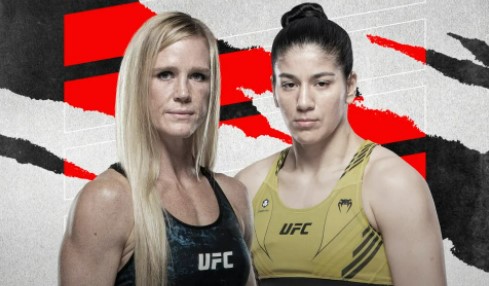