The UFC enjoyed one of it’s best years ever in 2021. Not only were the fights exciting, but the arenas were sold out and the organization’s popularity remained as high as ever. Due to the unforeseen circumstances of 2020, the Apex Center became the permanent venue for Fight Night. Once fans were allowed to attend, the atmosphere became a unique setting with lower attendance but heightened energy. Fighters had more family in attendance at these events and their coaches and sparring partners could be heard yelling in the background. It is now a staple of the UFC’s programming and has a unique niche of its own.

Like every individual sport, rankings are always an important topic in mixed martial arts. In the world of combat sport, the idea of “pound for pound” rankings is designated to decipher which fighter is the best in the sport regardless of weight class. While the UFC has posted its own pound for pound rankings on their sight, I’ve decided to take the liberty of comprising my own. As a fan who watches every major event the organization holds, I have grown to know the skill sets of the participants very well over the years. Without further ado, here are my pound for pound rankings of the top ten fighters in the UFC.

The UFC’s stable of women fighters includes some very impressive athletes who deserve all of the recognition they receive. I have been very entertained by their fights this year, both at the Apex Center on Fight Night and in large pay-per-view settings. Without further ado, here is my opinion for the top five pound for pound women fighters in the organization.

By the end of 2022, this list will look completely different. That’s the beauty of mixed martial arts; your reputation and accomplishments can only take you so far. At the end of the day, you have to step into the octagon and earn your status. Even the best fighters in the world can lose on any given day. Fight fans owe it to themselves to start tuning into Fight Nights at the Apex Center. Some of those bouts rival anything staged during the pay-per-view events. Personally, the fight I’m most looking forward to is the heavyweight championship bout between Francis Ngannou and Ciryl Gane. No matter who wins, I firmly believe it will end in a knockout. I cannot fathom that fight going the distance. Stay tuned to World In Sport. We’ll be covering every major fight held by the UFC and keep you informed the whole year long. 2021 was a great year for the sport; 2022 looks like it will be even better! 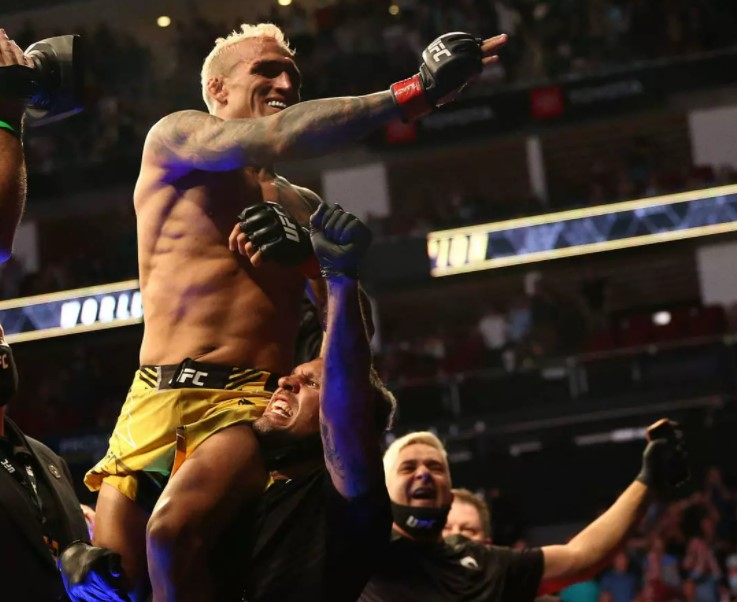