As a fan of combat sports, it was fun to see boxing royalty like Derek Chisora, Anthony Joshua and Matchroom Sports’ Eddie Hearn sitting ringside at UFC London 2022. Overall, the word “fun” can be applied to this event as a whole. Prior to tonight, the only events at the O2 Arena that I’d ever witnessed were all boxing matches, primarily involving “AJ.” However, there is definitely something special about London’s raucous combat sports crowd. This edition of UFC Fight Night, featuring Alexander Volkov versus Tom Aspinall, was filled to the brim with action. There’s a lot to unpack here. Without further ado, let’s get into it!

Russian Heavyweight Alexander Volkov may have been the favorite coming into tonight’s bout, but it was Manchester, England native Tom Aspinall who had the support of the home crowd. Aspinall did not disappoint; he made this fight look fairly easy. I have to admit I was surprised. I expected this fight to go the distance, even though a lot of heavyweight fights result in a stoppage. Volkov is known for having some of the best cardiovascular fitness in the division, and Aspinall is a technician who doesn’t always finish his opponents.

Maybe it was the excitement of performing in his homeland that changed Aspinall but he looked like a different fighter tonight. He landed two takedowns against Volkov in the first round alone. After the second one, he established an arm bar that came dangerously close to braking Volkov’s arm by bending his elbow in the wrong direction. Volkov was forced to tap out; if he didn’t, he probably would have needed surgery to fix his arm. It was a statement victory for Aspinall, who came into this fight as the underdog but turned in an impressive performance nonetheless.

British featherweight prospect, Arnold Allen, has not yet amassed the following of New Zealand’s Dan Hooker. That will all change after tonight. Allen came out swinging with a barrage of punches that clearly caught Hooker off guard. After being stunned by an overhand right after the opening bell, Hooker eventually seemed to regain his footing and gather his wits. Unfortunately, that’s when Allen gained his second wind. He blitzed Hooker a second time, which rendered him defenseless. The referee was left with no choice but to stop the fight. It was an impressive win for Allen and the type of performance that will garner him more main card opportunities in the not-so-distant future.

Seeing the crowd’s reaction as England’s Paddy Pimblett walked to the octagon reminded me of the way crowds would cheer for Ricky Hatton years ago. The audience reached a fever pitch and there was no question who they were all supporting. Mexican Rodrigo Vargas vowed to leave the crowd disappointed but unfortunately, this was not to be.

Vargas landed a right hook early in round one that sent Pimplett to the canvas. Eventually, Pimblett fought to his feet and scored a takedown of his own. From there, he established an anaconda chokehold on Vargas, forcing him to tap out. Pimblett is now undefeated in two fights in the UFC. He has stated that he will eventually become the face of the organization. That kind of talk is grossly premature. Pimblett fights in the ultra competitive lightweight division; let’s see if he can where the crown amongst his peers before declaring himself the biggest draw in the sport.

British welterweight Gunnar Nelson used the same formula for three consecutive rounds to defeat Japan’s Takashi Sato. In each round, he scored an early takedown, attempted a chokehold, and dominated the round with an immense amount of ground control time. Sato was gun shy in all three rounds. Going into round three I expected him to desperately swing for the fences, knowing he was down on the judges’ scorecards. However, he chose to play it safe, This allowed Nelson to walk away with an easy unanimous decision.

British flyweight challenger Molly McCann had more energy than her opponent, Nigeria’s Luana Carolina, the entire fight. McCann nearly ended the fight in the first round with an intense flurry of punches that Carolina never recovered from. Carolina scored on a few kicks in round two but she failed to do any damage to her opponent. Early in round three, McCann connected on a spinning-back-elbow that put Carolina to sleep immediately. It was a spectacular ending to a very one-sided fight.

England’s Jai Herbert was the favorite heading into tonight’s bout with the Georgian Ilia Topuria. Getting noticed in the lightweight division is tough; it takes a spectacular performance to stand out. In the first round, it seemed that Herbert was well aware of this, as he came out very aggressive and hurt Topuria badly. Topuria weathered the storm and eventually scored a takedown in the round to let Herbert know he would not go away quietly.

In the first minute of round two, Topuria scored a huge overhand right that knocked Herbert out on impact. Ilia Topuria is a tough fighter with explosive power; he is one to keep an eye on in the lightweight division.

I’ve been to sporting events at every major arena in the United States. However, after witnessing the atmosphere in London tonight, I am adding the O2 Arena to my list of venues that I must watch a sporting event take place in. It was absolutely electric. Kudos to those fans for keeping the energy high all night long!

UFC Fight Night returns next week with a main event featuring heavyweight combatants Curtis Blaydes and Chris Daukaus in a battle that is very unlikely to go the distance. Both of these men are known to possess knockout power; it should be a good one. As always, we’ll have all the latest updates about the outcomes of the fights, as well as in depth analysis right here at World in Sport! 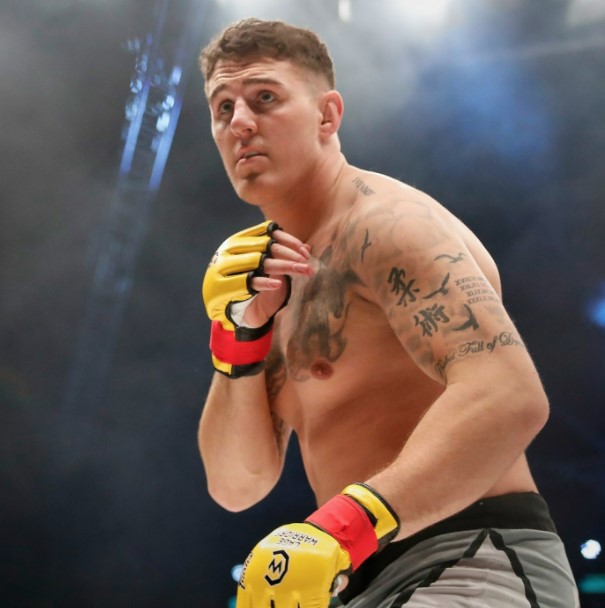