One of the most important records in the UFC’s history was tied tonight by a veteran of the sport who’s been a professional for seventeen years. Tonight’s card featured classic stoppages, battles until the final bell, and also a little bit of controversy. It was everything we’ve come to expect from Fight Night at the Apex Center. There’s a lot to unpack here. Without further ado, let’s get into it!

Lightweight contender Johnny Hill has a hilarious ring walk. He always makes sure to have an up-tempo song that he can freestyle dance to as he approaches the octagon. However, when the final official does the routine equipment checks, Walker continues to dance and creates some very awkward moments. It is cringe worthy but comical nonetheless.

Jamahal Hill has earned a reputation for possessing knockout power. At 6’4″ and 205 lbs. he has a physique that could easily put on enough muscle to become a heavyweight. Perhaps that’s the secret to his power; he possesses heavyweight strength and his opponents are not accustomed to that sort of impact. Regardless of the physics behind the phenomenon, there is no denying Hill’s prowess as a knockout artist. When Johnny Walker attempted a lazy jab, Hill countered with an overhand right that landed on Walker’s temple. The punch knocked Walker out on impact; he was asleep before he hit the canvas. Jamahal Hill is here to stay. He will be a top contender in the light heavyweight division for years to come.

Although fighters are in the cage alone, preparing for a fight is a total team effort. Not only do the athletes have to participate in a training camp that gets them ready for the fight, they also have a team of coaches with them that are present to help them make adjustments as the fight progresses. On Fight Night’s at the Apex Center, there is the added advantage that the crowds are considerably smaller than they are at major pay-per-view events. Theoretically, this should help the corner-men get through to their fighters with instructions in a more clear and precise manner. Tonight was not a good example of this theory in action.

Kyle Daukaus is a middleweight who has earned a reputation for being equally as good at grappling as he is at striking. Against a fighter as well-rounded as he is, it is best to adjust on the fly. One minute you could be exchanging punches, the next you could be on the mat. Jamie Pickett did a great job early on of avoiding the various submission holds that Daukaus attempted against him. However, with time running out in the first round, Daukaus was able to establish a blood-choke with a serious grip. Pickett could feel himself losing breath and tapped out to submit. There’s no shame is submitting to a submission artist as skilled as Daukaus, but there’s one glaring exception: there was only one second left in the round when Pickett tapped out!

This is absolutely inexcusable and I blame Pickett’s corner. They should have been shouting to him that the round was almost over and that all he needed to do was survive. I’ve never seen a fighter tap out and then heard the bell for the end of the round immediately afterwards. Tonight was the first time I’ve ever witnessed that. If Pickett survived that round, he would have been able to gather himself and have a shot at winning rounds two and three. Pickett’s corner failed him tonight. No one in their camp should be happy about the way tonight’s event unfolded.

Parker Porter and Alan Baudot are two very large men. They each weigh close to the 265 lb. limit set for heavyweights by the organization. They are the type of men who would make great bouncers at a nightclub; seeing the two of them approach two unruly patrons would be sure to discourage any skirmish from even taking place.

These two men split the first two rounds of the fight. Porter put an exclamation point on the first round with a late takedown. Baudot outpointed Porter in round two with good use of the jab. Through the first few minutes of round three, Baudot continued to be effective with the jab, keeping Porter on the outside. However, Porter scored a takedown with two minutes left in the round and proceeded to dominate the remainder of the fight with ground control time. That would prove to be the determining factor, as the judges awarded Porter for his efforts with a unanimous decision victory.

Lightweight octagon veteran Jim Miller is currently working on putting the finishing touches on a cookbook. Having been a professional fighter for the last seventeen years, he is clearly eyeing the next phase of his life. Athletes often struggle to find a purpose after they’re done competing; it appears Miller has already found his passion. Good for him.

Nikolas Motta fought admirably for the first round and a half. However, Jim Miller is an experienced veteran who knows how to exploit his opponent’s weaknesses. In the middle of the second round, Miller found an opening and landed an overhand right that sent Motta crashing to the mat. He then pounced on his opponent and rendered him defenseless with a fierce barrage of punches. The referee was forced to stop the fight.

With that victory, Jim Miller tied the record for most wins in UFC history previously set by Donald Cerrone. All indications are that Miller will have a shot at becoming the lone record holder; he stated he wants to continue competing when asked in the post-fight interview if he had plans to retire. Seventeen years and still going strong. Truly amazing.

Joaquin Buckley and Abdul Razak Alhassan are two of the best conditioned middleweights in the world. They each have the physique of an American football running back; powerful legs with strong torsos that are capable of taking a hit and continuing forward momentum in spite of the impact.

In the first round, both men showed too much respect for their opponent’s power. They were tentative and neither one was able to accomplish much. Towards the end of the round, they finally remembered they were in a fight and began throwing punches with no regard for defense or strategy. It wasn’t a very professional exchange but at least there was some action. Round two saw a huge increase in the action. After Buckley scored a huge takedown, Alhassan fought to his feet and attempted to respond. However, Buckley stayed aggressive and forced Alhassan to backpedal for most of the round.

Alhassan looked tired to begin round three, but he was able to find his second wind. He landed a big overhand right with three and a half minutes left in the round that clearly hurt Buckley. About a minute later, he scored his best takedown of the entire match. His superior strength was on display throughout the round, as he added some impressive ground control time to the impressive performance. In the end, the judges decided that Buckley did enough in the first two rounds to escape with the win. He was granted a split decision victory; I wouldn’t be surprised if we see a rematch between these two in the not so distant future.

Jamahal Hill is only 30-years-old; he has a lot of good years in the octagon ahead of him. If he continues to display the type of one-punch knockout power he showed tonight, he will force the organization into granting him a title shot. The punch he hit Johnny Walker with tonight is the type of moment that can bring fans in a full stadium to their feet in resounding applause. Ultimately, ratings and attendance are what pays the bills. Hill has a bright future in the UFC.

The UFC returns with another edition of Fight Night next week, live from the Apex Center. The main event of the evening will feature middleweight sensation Islam Makhachev against renowned knockout artist Bobby Green. This should be a good one; as always we’ll have all the latest updates about the outcomes of the fights as well as in depth analysis available right here at World in Sport! Until next time, take care of yourselves, and each other. 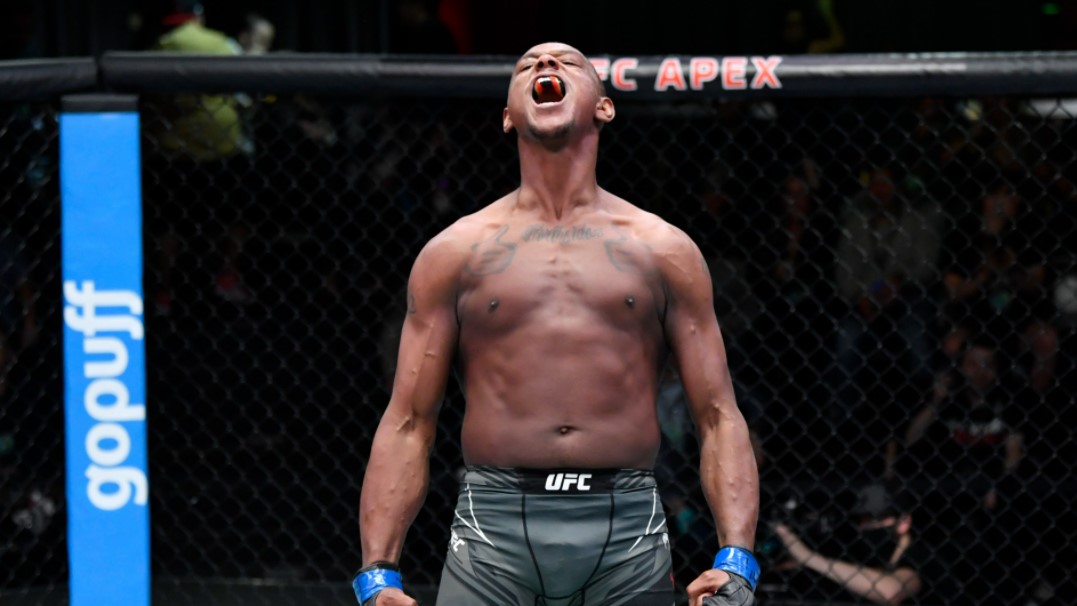