On February 19th, the UFC will be going head to head with the NBA in a battle for television viewers. The UFC will stage another edition of Fight Night from the Apex Center in Las Vegas, while the NBA will stage their annual All-Star weekend extravaganza, complete with the Three Point Shootout and Slam Dunk contest. The main event of the evening will feature Johnny Walker versus Jamahal Hill. Both men are in their physical primes and each is ranked in the top 15 in the light heavyweight division. If you ask me, that’s a slam dunk in it’s own right. Without further ado, let’s get into it!

Light heavyweight contender, Johnny Walker is ranked tenth in his division by the UFC despite losing three out of his last four fights. His place in the top ten has as much to do with his potential as it does with his accomplishments. He is a native of Brazil which has been a hub of talented fighters over the years. Like most Brazilian fighters, he is skilled in Jiu-Jitsu. However, Walker is a Brown belt while many of his countrymen are Black belts. This could be part of the reason why he’s suffered upset defeats when stepping into the octagon against men he was favored to beat. He is always in tip top condition, but perhaps he doesn’t have the skill set of a more savvy fighter. Still, he is just 29-years-old and has a nine-fight win streak on his resume. If he capitalizes on his potential, there will be no one able to question his place among the best light heavyweights in the world.

Jamahal Hill suffered an ugly dislocated elbow against Paul Craig at UFC 263 in June of last year. The fact that it was dislocated was actually good news; watching the fight live, it looked like Hill’s arms had been snapped in half. Hill’s response to the injury was perfect. He gave his body time to heal, got back in the gym, and turned in an impressive performance in December, winning by first round knockout at the Apex Center in front of the raucous Fight Night crowd. He is ranked 12th in the light heavyweight division and is in the prime of his career at 30-years-old. The fight between he and Walker will be a battle between two of the best athletes in the division. You won’t want to miss it!

Kyle Daukaus is a Black belt in Jiu-Jitsu from the City of Philadelphia, whose older brother Chris is a Philadelphia Police Officer and a UFC competitor in the heavyweight division. Coming from a city with a reputation for turning out some of the toughest fighters in the world, Daukaus has given every effort to make his hometown proud. He was the reigning Cage Fury Middleweight Champion when he decided to leave the organization and join the UFC. Now, he is doing his best to make a name for himself in the world’s premier mixed martial arts platform. Winning a fight on the main card at UFC Vegas 48 would be a huge step in the right direction.

Jamie Pickett participated in three seasons of Dana White’s Contender Series before he was finally given a spot on the UFC’s roster. Prior to that, he fought on several regional circuits in the Southeastern United States. He is a prime example that persistence pays off. Now, he is getting a chance to do what he loves in front of a worldwide audience. If he is able to win on Saturday, he will make strides towards becoming a ranked fighter in the middleweight division. He’s come a long way as a fighter; he still has a long way to go.

Heavyweight challenger, Parker Porter, has looked impressive in his last two outings, winning each contest by unanimous decision. Alan Baudot, on the other hand has suffered one loss and one “no contest” in his last two efforts, which happened to be his only appearances in the UFC thus far. If Baudot wants to remain on the roster, he will have to perform admirably on the 19th. Parker has earned a spot in the organization over the years. Baudot must do the same for himself. If he does not, he will be back to fighting in regional circuits and earning considerably smaller paychecks for each outing.

Lightweight veteran, Jim Miller, has been a professional fighter since 2005. His next opponent, Nikolas Motta, turned 12-years-old that year. Although their age difference and the gap in their experience is startling, fans should expect a war when these two men climb into the octagon. Miller is on the tail end of his career and their are rumors swirling that he may become a full-time podcaster after his next fight, win, lose or draw. Motta, on the other hand, is making his official UFC debut after winning a bout on the Contender Series in the winter of 2020. Each man has something to prove and something to fight for. This will be an all-out-battle between two hungry gladiators and definitely worth watching.

Middleweight prospects Joaquin Buckley and Abdul Razak Alhassan each looked impressive in their last outing. Each man won in decisive manner. Buckley claimed victory through a series of punches that rendered his opponent defenseless while Alhassan executed a beautiful head kick that landed on his opponent’s chin and ended the fight immediately. Each man appears to be trending upward and neither fighter wants to lose the career momentum that their last performance gave them. Fans will want to tune in to see which man can push his career forward, and who will suffer an unfortunate setback on their quest for the first title shot of their career.

UFC Vegas 48 can be viewed on BT Sport in the United Kingdom and on ESPN Plus in the United States. As always, we’ll have all the latest updates about the outcomes of the fights, as well as in depth analysis available right here at World in Sport! 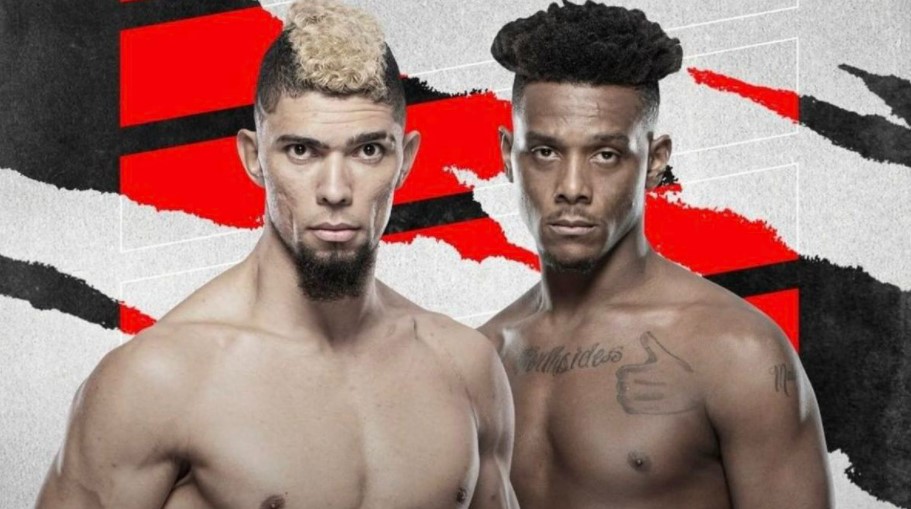