Kell Brook finally was awarded the fight he so craved for years and as many fans did too, but even before the two stepped in the ring, Khan’s corner took issue with Brook’s gloves making him change them just as he got in the ring. It felt as though Khan was trying every dirty trick in the book to try and give himself the best chance in the fight.

Kell Brook exclaimed after the fight that someone kept knocking on his door at 3 am to try and disturb his sleep, he also added:

“I did everything they asked of me throughout the week, and they still tried to mess with me.”

Amir Khan was using fast short bursts that made him such a success a few years ago to try and catch Brook out, but Brook all way through the fight had Khan chasing shadows, as he bobbed and weaved around the short sharp jabs of Khan, before landing some significant blows which nearly had Khan on the canvas in the opening round.

Amir Khan landed some blows to Brook in the second round, but they weren’t enough to rock the Sheffield born boxer. Kell Brook was proving to Khan that timing beats speed as he worked Khan around the ring and again landing not just jabs but some big shots to the side of the head.

The next few rounds leading up to the sixth round, Brook was again landing significant hits to Khan and got him on the ropes numerous times, but each time Brook just couldn’t get Khan to the canvas, but that is testament to Khan’s refusal to be beaten managing to keep himself upright and most of the rounds Khan found himself trying to survive to the end of the round.

Until midway through the sixth round, the referee said no more and ended the fight as he felt Khan had taken enough punishment and couldn’t defend himself. As soon as the referee stepped in the emotion from Brook was there for all to see as he jumped into his trainers’ arms in delight.

Brook told the media after the fight just what that meant to him, and this is what he said:

“What a feeling, what a turnout, there the fights I want to be a part of when I’ve walked into the gym as a kid. I always knew I was the better fighter and tonight the fans witnessed a mega-fight.”

Brook went on to say:

“They tried to prod and poke at me all week, I had to change my gloves in the ring which never happens, they tried to mess with my head, and I dealt with him.”

So elation from Kell Brook, not so much in the Khan camp as the former King of the north is dethroned.

Khan spoke to media after the fight and said:

“I’m very upset, all the training that we did over in America. It just didn’t come off, no disrespect to Kell Brook he put on a show and did what he had to do to win. And obviously was the better man today.”

So, the long debate of who is the better fighter has finally been put to bed and now Kell Brook has two fighters who were there to witness his victory over his bitter rival Amir Khan. Calling Brook out for a fight, these include Chris Eubank Jr. and Conor Benn which either of these fights will be worth watching but some soul is searching, Kell must do now as he stated after the fight that he could retire happy now but was going to speak to his immediate family and decide if he wants to carry on boxing.

Even though there’s a rematch clause in the contract, it’s unlikely that Khan will take up the offer to step back in the ring with Brook, after he was schooled by his arch-rival and former sparring partner.

Do you think both boxers will retire after this showcase? I think one will but it’s unclear at this time which one. 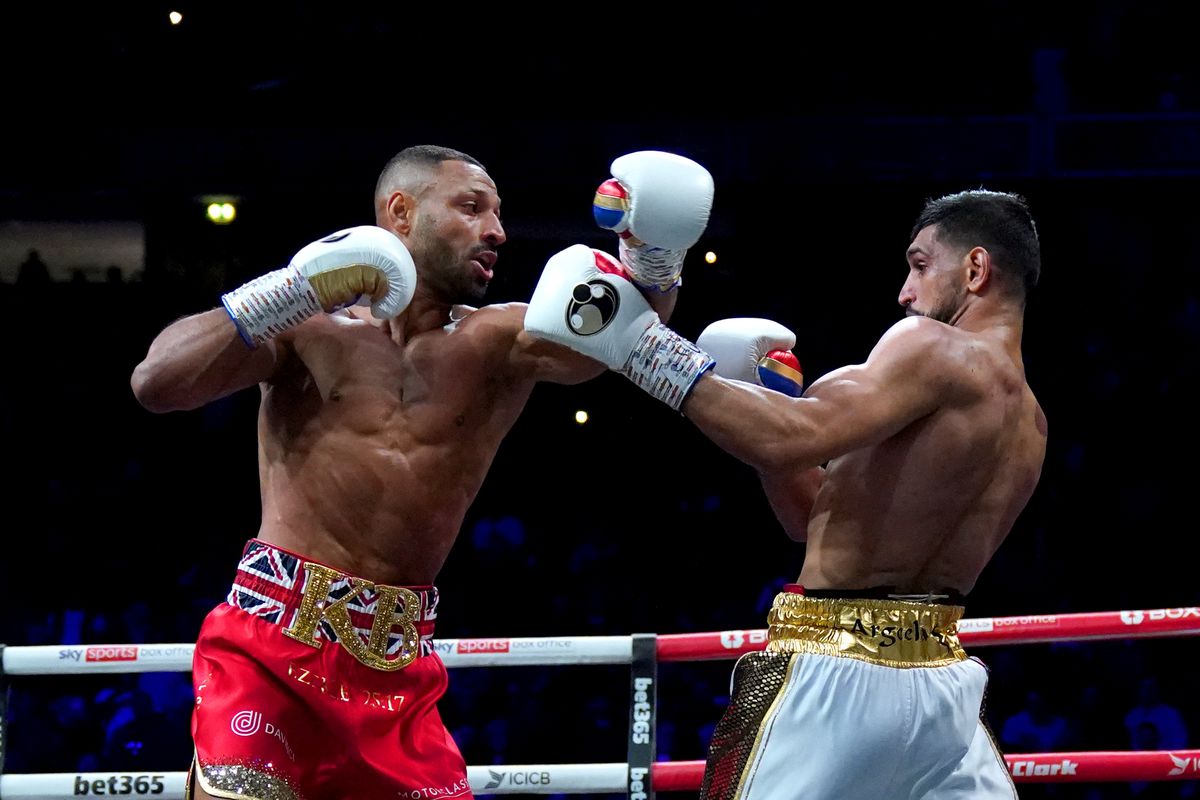