On October 2nd, UFC Fight Night returns to the Apex Center in Las Vegas with a main card highlighted by light heavyweights Thiago Santos and Johnny Walker. Without further ado, let’s get into it!

In July of 2019, Thiago Santos rode a four fight win streak into a bout again then light heavyweight UFC champion, Jon Jones. He put up a valiant effort but ultimately lost in a split decision. He hasn’t won inside the octagon ever since.

Granted, Santos hasn’t been nearly as active since his attempt to gain the world title as he was before being given the opportunity. In 2018, he had five fights in one calendar year. In the world of combat sports, that is a very aggressive schedule. However, he only fought once in 2020, and his bout on October 2nd will be just his second fight of this year. Santos was once considered one of the best light heavyweights in all of mixed martial arts. He’s a far cry from his heyday but a win at UFC Fight Night can help get him back on track.

The last time fight fans saw Johnny Walker inside the octagon, he defeated Ryan Spann with a first round knockout. However, that fight took place in September of 2020; Walker hasn’t seen real competition in over a year. At his best, Walker is a former EBD Light heavyweight champion looking to mimic those accomplishments in the UFC. Standing 6’6″ tall and still five months shy of his 30th birthday, Walker has unlimited potential. It will be interesting to see if he can eventually turn that potential into a championship.

At 6’3″ tall, Kevin Holland is one of the tallest middleweights in mixed martial arts. Going into 2021, he was considered one of the up and comers in the division. However, he suffered back to back unanimous decision losses in March and April of this year at Fight Nights hosted at the Apex Center. On October 2nd, he finds himself back in the same octagon in the same building, hoping the third times a charm. If so, he will once again be on the trajectory to one day be considered a contender.

Kyle Daukaus has an older brother, Chris, who is ranked in the top ten in the UFC’s heavyweight division. Growing up in a fighting family, and originating from a city with a rich fighting history, Philadelphia, Daukaus has always wanted to be a fighter. Daukaus lost a unanimous decision to Phil Hawes in May of this year. If he’s able to get back on the winning track, he’ll once again be considered one of the best prospects in the middleweight division.

Alex Oliveira has lost five out of his last seven fights. However, his toughness is hard to question. A native of Brazil, Oliveira survived an assassination attempt when muggers through a grenade in his direction while they robbed his family with a machete. Luckily for Oliveira, he was only hit with fragments and not a direct impact. Moving to the United States and competing in combat sports was actually a safe alternative to the life he had previously been living.

Niko Price once won the Fight Time Promotions welterweight title, and successfully defended his belt twice before being called up to the UFC. Since joining the biggest mixed martial arts organization in the world, he has been a mediocre fighter, with all five of his career losses coming after his introduction to the sport’s biggest stage. If Price wants to make a name for himself and stop being an “also ran,” he’ll have to secure a win on October 2nd.

Misha Cirkunov is a black belt in Brazilian Jiu-Jitsu. He is known for causing his opponents to submit with an arm triangle chokehold. He looks for opportunities to bait his opponents into making mistakes, then he capitalizes on those openings by using his grappling skills to subdue them. Although he is known for making other fighters tap out, Cirkunov is no slouch when it comes to striking; he has five career wins by knockout. Opponents who climb into the octagon must never relax, knowing he is capable of beating them in multiple ways.

Krzysztof Jotko was once considered one of the best prospects in the middleweight division. However, his inactivity over the last two years has greatly reduced his marketability and his rankings among the best fighters in his division. In May of this year, he lost a unanimous decision to Sean Strickland. Jotko is looking for a bounce back performance on October 2nd. If he wins, he will be back in the conversation of rising contenders. If he loses, it will be a while before he’s seen on a main card again.

Alexander Hernandez refers to himself as “Alexander The Great.” However, since joining the UFC in 2018, he’s suffered three of his four career losses. If he wants to live up to his nickname, he’s going to have a tough go of it. The lightweight division is widely regarded as the most talented and highly competitive division in all of UFC. There are many stars in the division and Hernandez is yet to solidify himself as one of them.

Mike Breeden will make his UFC debut on October 2nd. He brings with him a ten and three professional record, and a desire to show Dana White he made the right decision when he extended Breeden an invitation to perform. Fighters making their UFC debut are always fun to watch; there’s an additional urge to impress their new audience that is hard for more experienced fighters to duplicate.

UFC Fight Night can be viewed on BT Sport in the United Kingdom and on ESPN Plus in the United States. As always, we’ll have all the latest updates on the outcomes of the fights as well as in depth analysis available right here at World In Sport! 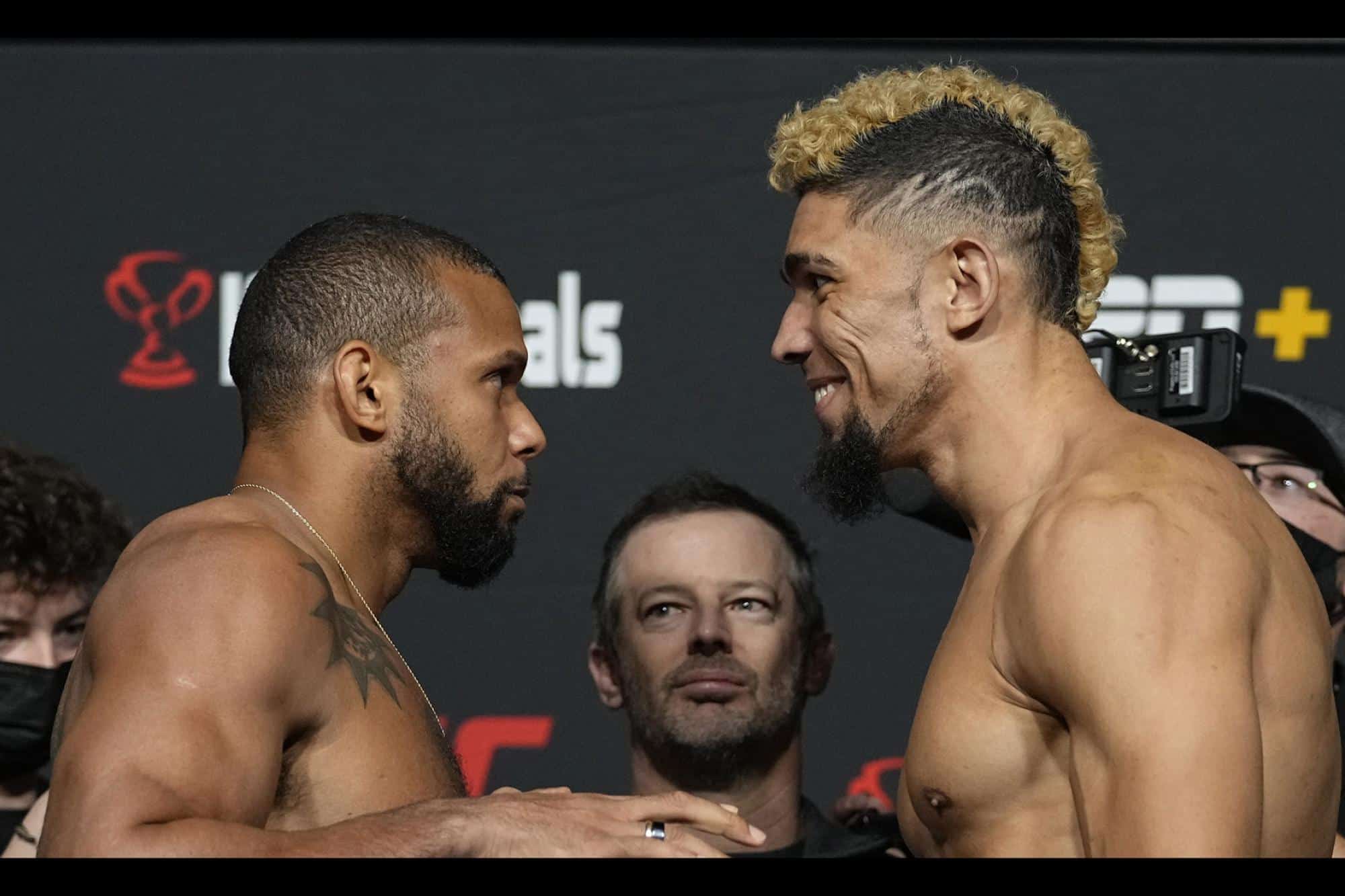