“Chance. Stupid, dumb, blind chance. Just a part of the strange mechanism of the world, with its fits and coughs and starts and random collisions.”

The crowd at the O2 Arena gasped. Was Tom Aspinall badly hurt or had he simply been temporarily sent to the canvas by a thunderous right hand from Curtis Blaydes? Soon, the waving of the arms from referee Herb Dean would confirm everyone’s worst fears; another main event had been ended prematurely due to injury. Aspinall lay on the mat, seething in pain, grasping his right knee. Meanwhile, Blaydes stood in his corner, dejected and disappointed at the inability to perform on the sport’s biggest stage. Although the event came to an anticlimactic end, there’s still a lot to unpack here. Without further ado, let’s get into it!

Curtis Blaydes and Tom Aspinall are two heavyweight phenoms whose careers are both headed in the right direction. The crowd was at a fever pitch as the referee ordered the two men to “touch gloves” before getting the fight underway. However, the fight would end almost as soon as it began. After applying early pressure and suffering three nice right hand counterpunches from his opponent, Aspinall decided to employ a right-footed calf kick. Shortly after impact, he planted his right leg behind him. As soon as his foot touched the ground, he crumpled to the mat in pain.

For several minutes, doctors examined Tom Aspinall while Curtis Blaydes talked with his team in disappointment. Ultimately, Aspinall would leave the octagon with his leg in a temporary wrap and be carted off to the locker room. From the looks of things, he may have torn his MCL. That would be bad for the sport; Aspinall is one of the best prospects in the recent history of the heavyweight division. Blaydes was saddened by losing the opportunity to perform, but this bout counts as a win for him. Both fighters will be eager to get back in the octagon as soon as possible.

Middleweight prospect Jack Hermansson entered his bout against Chris Curtis with a game plan; don’t stay in one spot and allow Curtis to use his renowned striking to dominate the fight. The component of Hermansson’s plan that no one expected was his brilliant use of the left jab to land scoring blows. It was a strategy that would leave Curtis visibly frustrated by the end of the fight.

Early in round one, Hermansson scored with left jabs and well-timed right front kicks. He also employed left-footed calf kicks to keep Curtis off balance. In round two, Curtis applied forward pressure but Hermansson countered with well-timed strikes of his own and even included well-timed elbows that did a fair amount of damage. In round three, Curtis became visibly upset and began taunting Hermansson in an effort to get him to stop running from the fight. However, Hermansson would not abandon his strategy and continued to outscore Curtis.

Hermansson was awarded a unanimous decision victory. The entire scene brought back memories of Leonard versus Duran II, when Sugar Ray Leonard’s tactics frustrated Roberto Duran into uttering the infamous words “No más!” Although Curtis’ frustration is understandable, the judges were correct in their decision. Although he forced Curtis to chase him around the octagon, Hermansson was still the more active fighter and certainly landed the majority of the scoring blows.

Lightweight prospect Paddy Pimblett entered his fight against Jordan Leavitt determined to secure a rear naked chokehold. He applied forward pressure in round one but Leavitt was able to fight him off and force him to grapple against the cage. Eventually, Leavitt displayed exceptional level-changing skills and scored two takedowns during the course of the round.

Pimblett changed the pace of the fight in round two, dominating the action with ground control time. Eventually, he mounted Leavitt’s back and established the rear naked chokehold, forcing him to submit for the first time in his career. The London crowd went into a frenzy in support of the Englishmen who is gaining a huge following among the country’s young fight fans. Pimblett now has a record of three wins and zero losses in the UFC; he is certainly a prospect to keep an eye on in the lightweight division.

Alexander Gustaffson is considered the greatest light heavyweight to compete in the UFC without winning the title. Today, he returned to the octagon after a two-year layoff. His opponent, Nikita Krylov, was determined to ruin his welcome back party.

Krylov was very aggressive from the opening bell, applying forward pressure and landing several nice strikes that forced Gustaffson to flee to the cage. Eventually, Gustaffson fought his way off of the iron and back to the middle of the octagon. That’s when Krylov went on the offensive for a second time, this time landing blows that sent his opponent crumpling to the mat. Gustaffson was rendered defenseless and the referee was left with no choice but to stop the fight. It was an emphatic statement by Krylov and an impressive victory in front of a crowd that was largely rooting for his opponent.

England’s own Molly McCann, a rising prospect in the Women’s Flyweight division, made quick work of her opponent, Hannah Goldy today. After the two women grappled along the sides of the cage, McCann unleashed a vicious spinning back elbow that stunned her opponent. Seeing Goldy’s defenses low, McCann stepped in with a barrage of punches that forced her to let her guard down completely and crippled her ability to fight back. The fight was stopped by the officials and McCann went on yet another epic celebration. It’s understandable that she’s become a fan favorite; her energy is infectious.

Light Heavyweight prospect, Paul Craig, tried repeatedly to score takedowns against Volkan Oezdemir but was unsuccessful each time. By the end of three rounds, Oezdemir had an incredible 100 percent accuracy rating against Craig’s fifteen takedown attempts. Craig’s problem was that he prematurely went for the ankle lock each time, without securing the maneuver with a proper level change.

Oezdemir managed to score a takedown of his own and even landed some impressive strikes. He was awarded a unanimous decision victory by the judges. Craig is a talented fighter, but he will not succeed if he does not execute proper technique and make the proper adjustments throughout the course of the fight. This should be a lesson to all aspiring fighters: being in shape and athletic is only part of the battle, the fundamentals of fighting should never be forgotten.

It is abundantly clear that the UFC is preparing “Paddy the Baddy” for superstar status. Although he has only had three fights in the organization, he had a huge fanbase in England before he joined the roster. The biggest obstacle for Pimblett is just how stacked the lightweight division is; it will be difficult for him to get an early title shot. However, Pimblett is bulkier than most lightweights and is noticeably stronger than most of his opponents. A move up in weight may pit him against fighters more similar to his size and allow him to be included on a main event sooner, rather than later.

The UFC returns next week when reigning Women’s Bantamweight champion, Julianna Peña, takes on Amanda Nunes in a rematch of their December 2021 fight. As always, we’ll have all the latest updates about UFC 277, as well as in depth analysis available right here at World in Sport!

Until next time, take care of yourselves and each other. 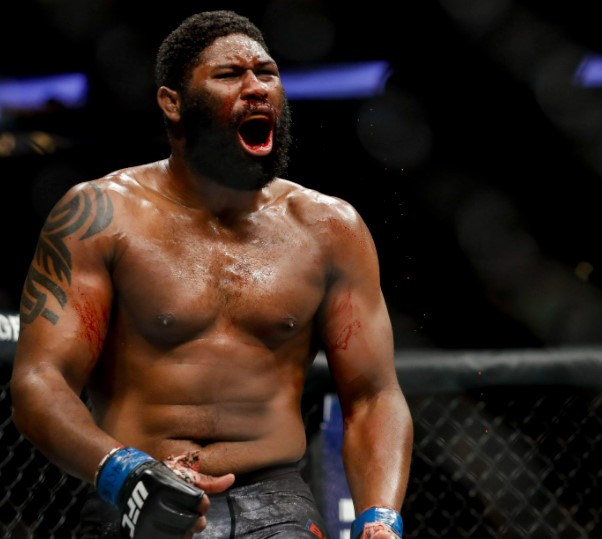