On Saturday, July 16th, the UFC returns with a daytime addition of Fight Night. The event will take place in Long Island, New York at the brand new UBS Arena, home of the NHL’s New York Islanders The main event of the afternoon features the second ranked featherweight in the world, Brian Ortega, up against the third ranked featherweight in the world, Yair Rodriguez. Women’s flyweight legend, Miesha Tate, makes an appearance on the main card as well; this event is loaded with name recognition and talented fighters. There’s a lot to unpack here; without further ado, let’s get into it!

Brian Ortega was once the featherweight champion of a regional mixed martial arts organization known as RFA MMA. Similarly, Yair Rodriguez was once the featherweight champion of the leading mixed martial arts organization in Mexico, known as FMP MMA. While both men know what it’s like to be crowned a champion, neither man has reached that peak of success in the UFC.

However, both men have been very impressive during their UFC tenures. Each man has put together six-fight win streaks that show just how formidable they can be when they are focused on the task at hand. Unlike Rodriguez, Ortega has managed to secure two title shots, losing to both Max Holloway and Alexander Volkanovski. Ortega and Rodriguez are both well aware that Volkanovski is now making his second lap through the division; the winner of their match could very well be next in line for a title shot. These men will lay it all on the line when they face each other in the octagon; you won’t want to miss it!

Although they are each ranked in the division’s top fifteen, both of these veterans of the octagon enter their next match with something to prove; they are each coming off of losses in their most recent bouts. Fight fans won’t want to miss the action when these contenders square off to determine which of them will get their career back on the right track!

Welterweight prospect Li Jingliang has lost two out of his last three fights. His next opponent, Muslim Salikhov, is on a five-fight win streak. In spite of this fact, Jingliang enters Saturday’s bout as the number fourteen ranked fighter in the division, while Salikhov remains unranked. Much of this has to do with the fact that Jingliang made his organizational debut in 2014, while Salikhov did not appear in the UFC until three years later. Salikhov is also an accomplished kickboxer with close to 200 professional bouts on his resume. For his part, Jingliang is a Black belt in Brazilian Jiu-jitsu who is as technically sound as any fighter in mixed martial arts. Make sure to tune in and witness these two skilled gladiators go head to head!

Flyweight prospect, Matt Schnell, was a part of a reality TV show called Caged on MTV back in 2012. The show followed the lives of four young aspiring MMA fighters in the rural Southeastern United States as they chased their dreams of becoming professional fighters. Fast forward to 2022 and those dreams have become a reality. Schnell is ranked number eight in the UFC’s flyweight division and is slated to perform in front of a packed arena in Metropolitan New York; he has certainly come a long way.

Su Musaerji is ranked twelfth in the flyweight division and goes by the nickname “The Tibetan Eagle.” He is currently on a three-fight win streak and has recently turned in some of the best performances of his career. Although he has experienced a great deal of recent success, he still remains largely unknown. A win on Saturday could change all of that. Expect both of these fighters to be fully aware of the magnitude of the moment and enter the octagon ready to turn in an absolutely epic performance!

Featherweight contender Shane Burgos will most likely have plenty of friends and family in attendance for his bout in Long Island. He hails from The Bronx and has stated that no matter where his career takes him, he will always be a New Yorker. His unanimous decision victory over Billy Quarantillo in November at UFC 268 seemed to inject new life into his career. Now, he will try to continue that momentum with another victory, which would likely continue to push him higher in the divisional rankings.

Canadian contender Charles Jourdain has won two consecutive fights, including a first round submission victory over Lando Vannata in April of this year. Neither of these fighters has been able to achieve elite status in the UFC. They do not have a title shot or a main event appearance between them. However, they are each fierce competitors who will be sure to give fans their money’s worth when they step inside the octagon. You won’t want to miss it!

After clawing her way to the top over the span of countless hours in the gym and years of hard work, flyweight contender, Lauren Murphy’s first title shot ended in bitter disappointment. She lost to Valentina Shevchenko via fourth round knockout in September of 2021 at UFC 266. Her bout against octagon legend, Miesha Tate, on Saturday will be her first appearance in the octagon since that defeat.

Murphy is still ranked third in the division; she remains a formidable opponent and should not be taken lightly. Tate, on the other hand, was retired for five years; this is her third fight since leaving her position as the Vice President of a rival organization to return to the octagon. This is the tale of an aspiring champion versus an aging legend. Fight fans everywhere will be pleased with the high level performance of these two seasoned gladiators!

UFC Long Island can be viewed on BT Sport in the United Kingdom and on ABC in the United States. As always, we’ll have all the latest updates about the outcomes of the fights, as well as in depth analysis available right here at World in Sport! 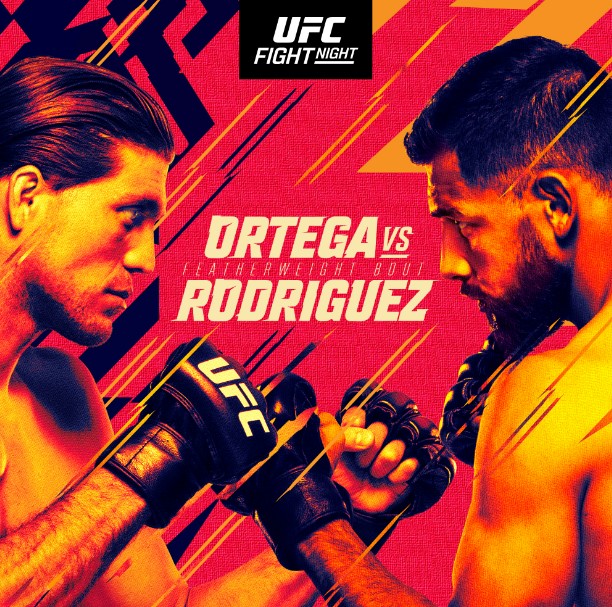