Virat Kohli is in great form for 2016 and is leading his side exceptionally well in all the International games played by India. It looks like former Indian captain Saurav Ganguly is pretty much impressed by Virat Kohli and has showered praises on him for his recent success.

For we all know that Saurav who is a very hefty customer and also is not so easily pleased, but Virat has managed to crack the nut and managed to earn his respect.

Saurav while speaking to the reporters at a recent event powered and sponsored by PitchVision cricket technology at Kolkatta said, “His aggression is two-times more than mine.” Saurav was there for a launch of a motion tracking tool which will help cricketers at grass root level better their skills through technological help and also would be received academy style feedback on their game.

Ganguly who himself his known for his aggression is well known for the celebrations at lords in the NatWest series where he took off his shirt when India managed to beat England in the final of that series to capture the NatWest trophy. Saurav was an impressive and aggressive leader who led the start to the rising of Indian team with a changed attitude. It was he who found out the hidden talent and tried to build a modern Indian team that played to win in contrast to the Indian team who earlier used to go for a draw instead of attacking the opposition and sealing the win.

Kohli also is not known for giving a inch to his opposition. Kohli has led India to their fifth consecutive test series win which comprises win against Srilanka, South Africa, West Indies, New Zealand and England. Currently India are leading the Paytm series 3-0 and would like to white wash England in the series by winning the fifth and final test starting from 16th December.

Talking about his foundation which aims at school children and the lesser privileged ones at different district schools of the state, Saurav said, “Through PitchVision we promise to take cricket in West Bengal to the next level.” 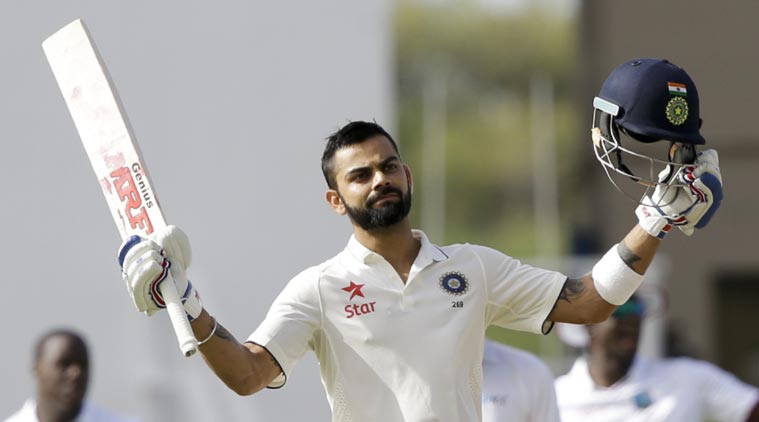