Today we enter the Matchday 3 of Euro 2020, it’s better known as “Group Decider” matchday as fates of all teams are decided on this Matchday.

On Sunday, Switzerland face Turkey and Wales take on Italy, both fixtures will eventually conclude Group A. The top 2 teams of the Group will advance and the 3rd placed team will have to wait until all groups are played to evaluate them with the other 3rd placed teams, Going with the new ruling the four best third-placed teams will also advance to the Round of 16.

To crisp the whole thing up and to bring emotions, setbacks, heartbreaks and drama right from the Group Stages, Uefa has decided to hold both ending fixtures of all groups simultaneously. That means today’s both games, Italy vs Wales and Switzerland vs Turkey will have the same timings.

State of Play in Group A:

Italy vs Wales (Group A, Rome)

Wales will travel to Rome knowing that they just need to avoid a huge defeat against the Italians to maintain their 2nd spot in the group and grab direct entry to the Round of 16 alongside tonight’s opponents Italy. They can also pip Italy and end the group as table-toppers with a win Tonight.

The Dragons have picked up 4 points from their opening two Group A fixtures, they are coming on the back of a comfortable win over the Turkish game in which Gareth Bale and Aaron Ramsey stepped up on the occasion to produce excellent performances. The Welsh fans will be hoping for more of the same from the duo tonight.

On the other hand, Italy may want to finish strong as table-toppers with a victory over Wales at Stadio Olimpico, the Azzurri’s have emerged as one of the best performers in this Euro’s campaign. They have gone from Darkhorses to heavy favourites to win the whole thing.

For Italy, it’s a dead-rubber game, they can rotate heavily to test their weapons on the bench. The Azzurri’s have organised a midweek friendly with Cremonese Primavera to get the bench players some game time. Belotti and Chiesa both netted hat-tricks as Italy battered the opposition 9-1. Both the player will push for a start and we think that Mancini will give them a go for this game.

PSG midfielder Marco Verratti also returned to the fold featuring in that game after a long injury layoff. The deep-lying playmaker started in the friendly and will feature in Tonight’s game. Though he’ll have to battle hard to win back his position with midfield trifecta of Jorginho, Locatelli and Barella complementing each other very well.

Page caught many by surprise preferring a back four for the tournament and using Kieffer Moore up top as target-man. The plan will be the same be solid at the back with defensively good full-backs good at crossing the ball and use the rapid speed upfront in Dan James and Bale.

Italy has the edge in head-to-head with them winning on 7 occasions out of 9 previous meetings between these sides and losing twice. They will come out as comfortable winners tonight, they have a very good quality extended squad, they have won the last 10 games with a 100% clean sheet record in those games, it’s hard to get past their midfield therefore I don’t think Donnarumma’s net will bulge tonight.

In the absence of Ciro Immobile and Insigne, Belotti and Federico Chiesa will step up to net the goals for the Azzurri’s. Anyways, Wales will still go through to the next round if they get past that they will reach the Quarter-finals which will be seen as a major achievement.

Switzerland vs Turkey (Group A, Azerbaijan)

Switzerland will be striving hard for a very crucial victory over Turkey at Baku Olympic Stadium tonight. Anything other than a win would send the Nati’s back home, they have to win to keep qualification hopes alive.

It will be fair to say that this Turkish side has disappointed many with a plethora of young talent they were unable to justify why people are calling them one of the dark horses of the tournament. Their losses to Italy and Wales were miserable ones they barely got a sniff of the opposition goal and created next to nothing despite having one of the best creators in Europe really their attack were that dismal.

Turkey have to win tonight to finish 3rd and to have any chances of unlikely salvation.

It’s understood that Petkovic is a very resolute manager, so it’s very unlikely that he’ll make any changes to his preferred XI or his typical 3-4-1-2 setup. The Swiss defence was shattered to pieces by the Italian attack in the last game, Schar, Akanji and Elvedi are all excellent on the ball but they all lack that defensive prowess that’s why the Swiss were able to play possession game but are poor when they have to defend hard.

Seferovic has been poor for Switzerland in both the games so far and he’ll rue missing those goalscoring opportunities as we expect Petkovic to go with Gavranovic instead of him in the striker role.

Breel Embolo is a real talent in Swiss hands, he can cause any defence problems with his pace and directness. He showcased his talent on the biggest of platforms that will surely alert big clubs on the continent.

Switzerland have the edge in head-to-head with them winning  8 out of 15 meetings in the past between these sides. Turkey will be freed up from all the pressure and we could see an improved performance from them but I think they struggle a lot against possession-based setup.

I expect some brilliant tonight from Xhaka and Shaqiri both will step up on the occasion and score crucial goals to bring back hope for the Nati Nation. 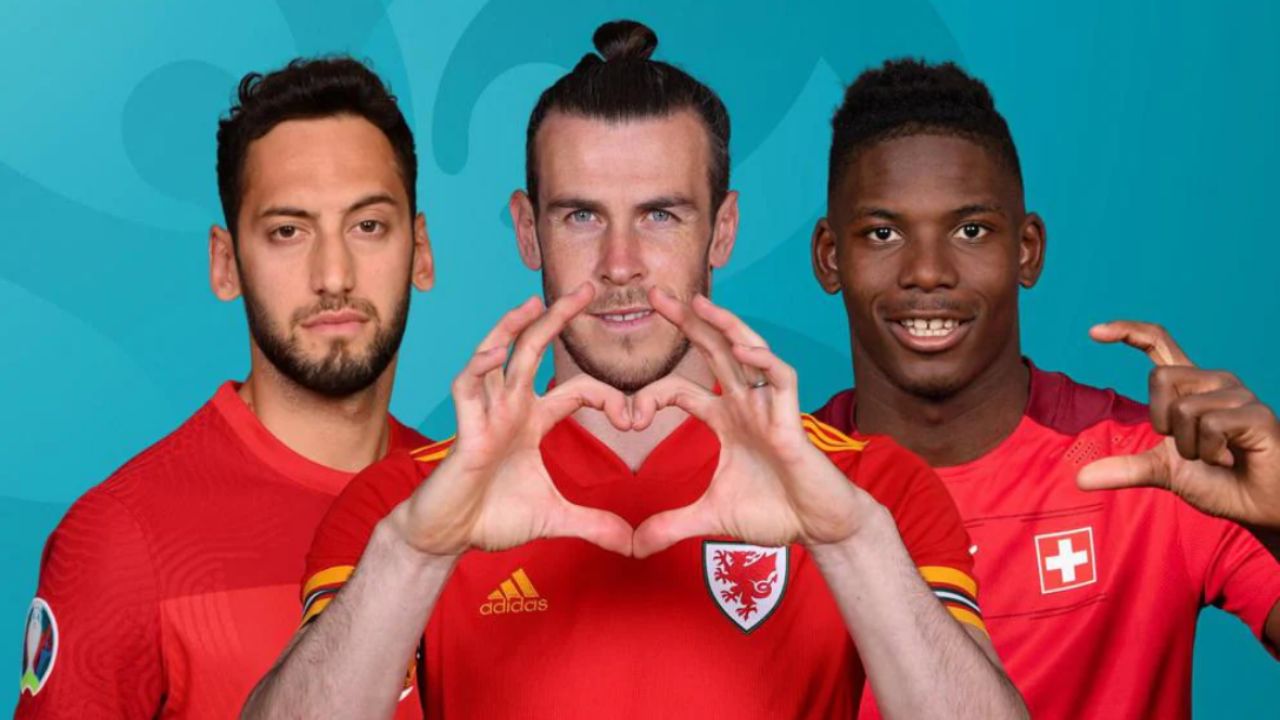