Everyone has now played a game at Euro 2020, so Wednesday saw Group A and B sides venture into their second games, there was only one Group B encounter though on Wednesday, and that saw a local derby between Finland and Russia in St Petersburg in the early afternoon showing…

Most of the 50% capacity crowd in St Petersburg were cheering on the Russians obviously, but there were 4,000 fans from Finland who were there to see if their side could be the first to qualify for the Last 16 at their first ever major tournament, the Finland border is only 200 miles from St Petersburg, so this was very much a local affair.

Finland thought they had made the ideal start as well after Joel Pohjanpalo, scorer of the winner in that Denmark game at the weekend, headed home an excellent cross from Jukka Raitala, but after VAR had checked it, Pohjanpalo had strayed literally a few inches ahead of the defenders and the goal was ruled out for offside.

The Russians had the best opportunities thereafter and saw Magomed Ozdoev head over before putting another decent opportunity wide from a great position, and then only superb defending by Jere Uronen denied Viacheslav Karavaev a tap in at the far post, but in first half stoppage time Russia got their deserved goal when Aleksey MIranchuk got into the box before curling a delightful effort into the far corner.

Finland did look dangerous on the counterattack and Teemu Pukki had a rare chance in what was a quiet game for the Finnish top scorer, but he could only shoot straight at Russia keeper Matvey Safonov, whilst Russia continued to look the more likely to double their lead and saw efforts from Aleksandr Golovin and Rifat Zhemaletdinov miss, and then Daler Kuzyayev see a good effort brilliantly saved by Finnish keeper Lukas Hradecky.

But Russia did take the win thanks to that strike from Miranchuk, and get their campaign off and running they hope, Finland still has a great chance of getting out the group though and if Denmark can beat Belgium on Thursday every side will go into the final round of group games on three points.

Those final games take place at 8pm on Monday with Russia taking on Denmark in Copenhagen and Finland meeting Belgium in St Petersburg.

Now onto Group A, and all four sides were in action in their second round of group games, beginning with Wales tough assignment in Baku against Turkey and their masses of fans…

A Gareth Bale inspired Wales took a huge stride towards the Last 16 after they saw off Turkey in Baku after goals from Aaron Ramsey and Connor Roberts helped them to a massive three points.

There were more than 30,000 inside the stadium and pretty much all of those were supporting the Turks, so this certainly felt like an away game for the Welsh, but it didn’t phase them one bit, and Ramsey could easily have had two before he did eventually give Wales the lead just before half time when Bale, who had supplied both balls for Ramsey’s earlier chances, played another delightful ball behind the Turkish back line, and Ramsey chested and brilliantly finished into the far corner and Wales had the lead.

Turkey responded well to going behind though and backed by that ferocious support saw their talisman Burak Yilmaz miss a glorious chance early in the second period, volleying over from close range in a spell from the Turks where they had several attempts on the Wales goal, but Wales weathered that storm and then had a wonderful chance to double their lead after Bale had been brought down by Mehmet Zeki Celik inside the box, and Bale stepped up to take the penalty but sent it miles over the bar, it was the only moment in the game he had made an error, but sadly it was a big one, but in the end, it didn’t matter.

The Turks did have one good chance but saw keeper Danny Ward save well from a Merih Demiral header, but deep into stoppage time Wales sealed a wonderful win when Bale danced his way into the box down the byline before squaring for Roberts to convert first time into the net, and cue mass celebrations amongst the Welsh contingent inside the Baku stadium.

So, for Wales it is four points from two games, and they are looking good, whilst for Turkey they need to win their last game to have any chance of reaching the Last 16 in what has been a miserable tournament for them so far.

Onto Rome now and the Italians who were up against the Swiss, could Italy make it two wins from two and cement their spot in the Last 16, or could Switzerland upset the applecart and take a huge stride towards the next stage? Let us find out…

Italy are becoming not just dark horses for the Euros, they are fast becoming one of the front runners after they turned in another superb display to comfortably see off Switzerland in Rome, and make it ten straight wins in the process, oh and 29 games unbeaten since Roberto Mancini to the reigns.

Spinazzola, who had been a constant threat in their opening game against Turkey, supplied a cross for Ciro Immobile, but he could not keep his header down and the ball went over, and then skipper Giorgio Chiellini thought he had given Italy the lead when firing home from close range inside a crowded area, but VAR ruled he had handled in the build-up so it did not count, and then shortly after he had to leave the field due to a hamstring injury, the one blemish for the Italians in this one.

Another player who had a superb game against Turkey, Domenico Berardi, set up the opening goal for the Italians, after his superb run down the right saw him square across goal for Manuel Locatelli to convert after 26 minutes, Locatelli started the move with the ball out to Berardi, it was a superb goal indeed and in keeping with the Italians quality attacking play.

And Locatelli was to grab his second and double the Italian lead early in the second period when he fired a superb low fizzing effort into the bottom corner for another quality strike and continue a dream evening for the attacker.

The Swiss did muster one chance of note in the game, substitute Steven Zuber forced a decent stop from Gianluigi Donnarumma, but this was a very rare thing as Switzerland were totally outclassed by this Italian outfit, and after Immobile had sent another chance across goal and wide, he did eventually find the net a minute from time when his long-range effort squeezed under the grasp of Yann Sommer and in off the post to cap a fine performance from Italy.

The Italians are looking very good then, whilst Switzerland, like Turkey, were outclassed by this superb Italian outfit, it all means that Italy top the group and are into the Last 16 with a maximum point from two games, Wales are second on four points, with The Swiss on one and Turkey on none.

All can still qualify though, and the final round of group games on Sunday at 5pm see Wales travel to Rome to take on Italy, whilst Turkey remain in Baku for their must-win six-pointer against Switzerland, so that should be some game in front of their adoring, or not so adoring fans right now, in Azerbaijan. 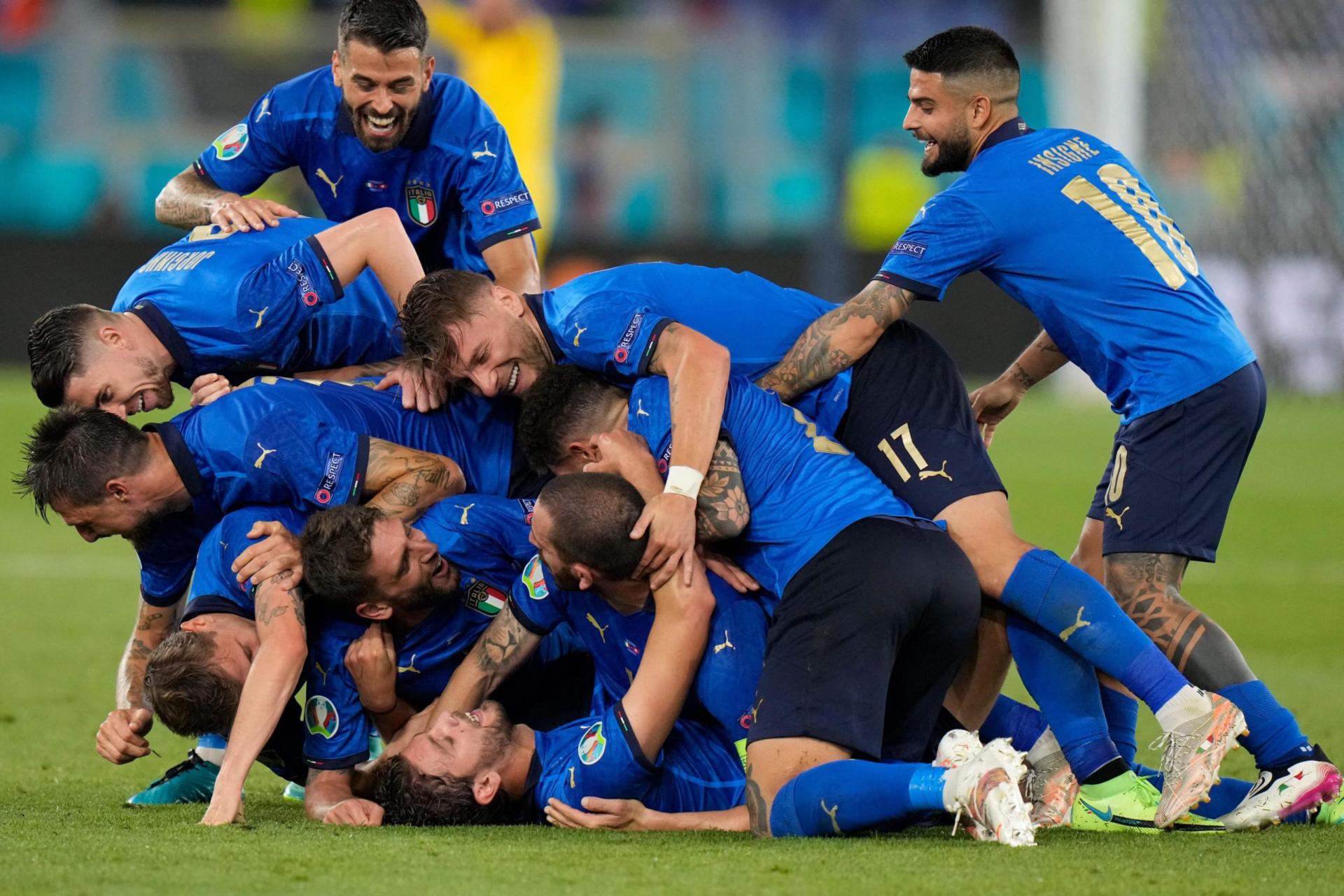