We are so close. 33 days away from Wizards basketball and almost a month away from regular season NBA games being played. We’ve made it folks, we’ve made it through another long offseason of endless trade talks, false hope and dream scenarios that each and every fan make up during this time of year. However, now that all of the dust has settled, I want to give you everything you need to know about your Washington Wizards heading into the 2018-19 NBA season.

Let’s start with the offseason acquisitions. The Washington Wizards drafted Troy Brown Jr out of Oregon who looks like a terrific all-around player that may need time to grow but it could very well pay dividends in the long run. While most Washington Wizards fans weren’t exactly thrilled by the pick, their main covet Robert Williams isn’t exactly lighting it up in Boston and Troy has done a great job staying away from drama this offseason.

The Washington Wizards then traded for Austin Rivers in exchange for Marcin Gortat. This was a huge trade as many fans thought that Gortat was letting the team down due to beef that he had with John Wall right before the All-Star break and you couldn’t exactly deny that. Austin Rivers will be a very good piece for the Washington Wizards. He won’t be asked to do as much heavy-lifting as he did with the Los Angeles Clippers and will provide a nice spark off the bench when either Bradley Beal or John Wall need a breather. His numbers in LA show below-average starting numbers and above-average bench numbers. This can only be a good thing as the Wizards have had at least one of their two All-Stars burned out over the last couple of seasons.

Lastly, the Washington Wizards added forward Jeff Green to a minimum deal and Dwight Howard to a 1 year $5.3 million dollar deal with a player option for the 2019-20 season using all of the MLE. Both of these are seen as good fits as of now. Jeff Green will be a very good backup option coming off the bench and he also has that hometown connection that Mike Scott had when he was here. Dwight looks like a good fit for now but only time will tell if he ends up being what some Wizards fans thought he would be. While he won’t revert back to his All-Star self, Dwight’s 16 points and 12 rebounds a game are satisfactory to the Wizards and their needs. However, this could end up being a total disaster as Dwight could instantly turn into a locker room problem that has been seen way too many times and John Wall could ultimately not want to handle playing with a player that has a big mouth. As I said before, I’m not making assumptions just stating the possibilities of what could happen.

Next, let’s compare this Wizards team to last year’s team. Pretty identical, right? Jeff Green fills in for Mike Scott, Austin Rivers replaces Ty Lawson and Dwight Howard as well as Troy Brown come in as pieces that we don’t know how they will fit in the puzzle. I would say that this team is a lot more complete than any other team the Wizards have had in the John Wall era. It’s always felt like that they have been an athletic big man or a backup point guard or a backup shooting guard away from really being able to compete and now they’ve got all that they could ever ask for. The excuses are over Wizards, stop the talking and ball.

Lastly, how will the Washington Wizards do next season? Top 3? Top 5 maybe? My guess would be that they’re a 3-4 seed in the East. I think most people would say that the Celtics will finish top with both Kyrie Irving and Gordon Hayward coming back and the Raptors will be rejuvenated with a new coach and with Kawhi Leonard coming over from the San Antonio Spurs. Other than that, I don’t see a better basketball team than the Wizards in the East. Possibly Philadelphia are better but they’ve lost their shooters which helped them out massively during rough stretches of games.

Also, what would their win total be? Low 40s? High 40s? What about 50, could they finally do it? There are a lot of possibilities of how this team could do and a lot of it will go into how John Wall and Dwight Howard will mesh on the court but I see the Wizards being a high 40-win team. 50 wins is pushing it and although it would be awesome if they finally hit it, I just don’t see it happen. There are a lot of uncontrolled variables with this team that there’s no real win total that is set in stone with this team. They will make the playoffs without a doubt but how far will they go? I’d say second round. They’ll win a playoff series and run into either the Celtics or Raptors and that’s where it will end for them. A nice turnaround from last season and now it is time for the Wizards to prove it. Put up or shut up, everyone is tired of the excuses. The pieces are in place for this team to succeed, let’s make it happen. 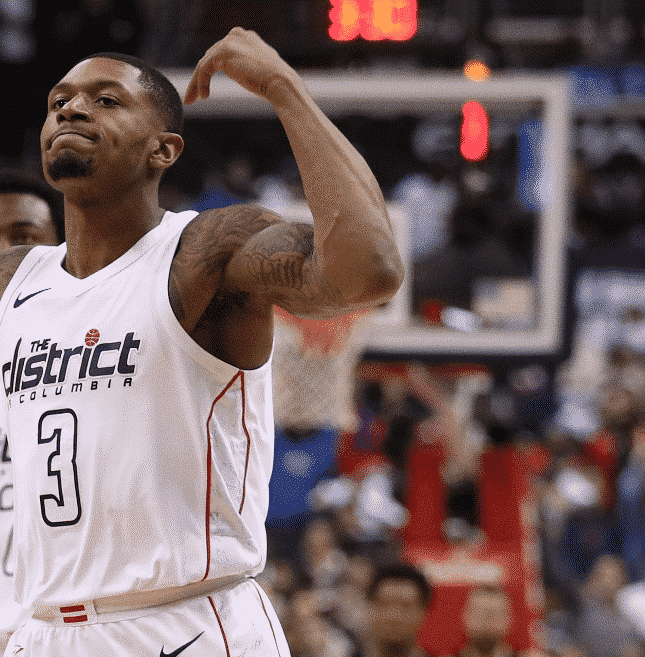