West Indies are currently facing difficulty to combat with England. After winning their first test, West Indies could easily overcome this difficulty; they had a very good chance to thrash the hosts. The problem they are facing is not new; teams like Australia, India and South Africa had also faced this while playing in England. The gloomy weather is indeed a challenge to visitor team, but West Indies is also losing due to other factors. Let’s get them one by one.

West Indies started this challenging series by defeating English army in 1st test. If you remember, Joe Root did not play in that match. Ben Stokes were assigned as the skipper. An experienced, world-class player like Joe Root not only provoke anxiety in opponents’ mind but also inspires teammates. His return in 2nd test has benefited the whole England team, as cognitive psychology would prefer to say.

Joe Root also has handled his team as an able captain; the bowling strategy has been revised. A better leader is always a better hope, and England has successfully proved it.

The most notable fact is that West Indies is not sticking to a particular team. They are continuously changing orders and players, which is not wise in a long run. Against India they had Shimron Hetmyer, he is a dependable batsman. In that series Caribbeans also had Darren Bravo, an experienced batsman. In this series their team had undergone some changes which may appear trivial, but they are not. Shai Hope and Alzarri Joseph have been re-employed.

If you are a crazy follower of cricket like my brother, you will have no trouble remembering the old days when Pollard, D. J. Bravo, Narine, Ravi Rampaul, Sammy played in the national team. Then they had Chris Gayle as opener, who could destroy any bowler in any moment. That team being scattered, Caribbeans have had major problems. Ongoing England series is just a reflection of that.

Poor batting has always haunted West Indies, even in old days mentioned before. I personally think that opening partnership followed by first and second down are most crucial part in test cricket. I recall India’s test cricket team around 2010; the batting order was- Gambhir, Sehwag, Dravid, Tendulkar, Laxman.

Holder’s team has Brathwaite and Campbell. After playing almost 8 test matches, Campbell’s highest score is 55. Brathwaite is experienced but his form is deteriorating day by day. West Indies is recklessly avoiding this side which has and will prove fatal.

Middle order is also not any good to chase a massive target. Interestingly, England is not free from the problem of weak opening batsmen. Andrew Strauss, and Alastair Cook were the remarkable partners, and after them England had undergone the trial and error with Michael Carberry, Nick Compton, and others. The difference between England and West Indies is that England always have a strong middle-order section including Joe Root and Ben Stokes which is rare in any test squad now.

Check out the stat: https://stats.espncricinfo.com/ci/engine/records/averages/batting.html?class=1;current=2;id=4;type=team

The most fundamental problem I observe in West Indies team is a lack of motivation, which is the deadliest silent killer. I really miss those dance steps of D. J. Bravo or Gayle, the roar of Pollard after grabbing a wicket. Holder’s countenance in game is cheerless, a lack of enthusiasm persists in him. You will find him reluctant most of the time when asking for DRS. As a captain he has to be jolly, also aggressive in some instances.

We have seen Williamson, Finch, Virat, Joe Root; they remain in predator mode, always hungry to pull a leg, or banter fiercely. I have no grudge on Holder. He is humble, gentle and talented but the spark in him is missing. In three test matches there have been several misfields but the body language of West Indies player have not improved.

These 4 things about West Indies caught my attention. Problems in cricket are always big. That is the reason why the game is so enjoyable. West Indies are facing the problems now, but their is and always will be a chance to come back, and when they will be back, champions will face problems. 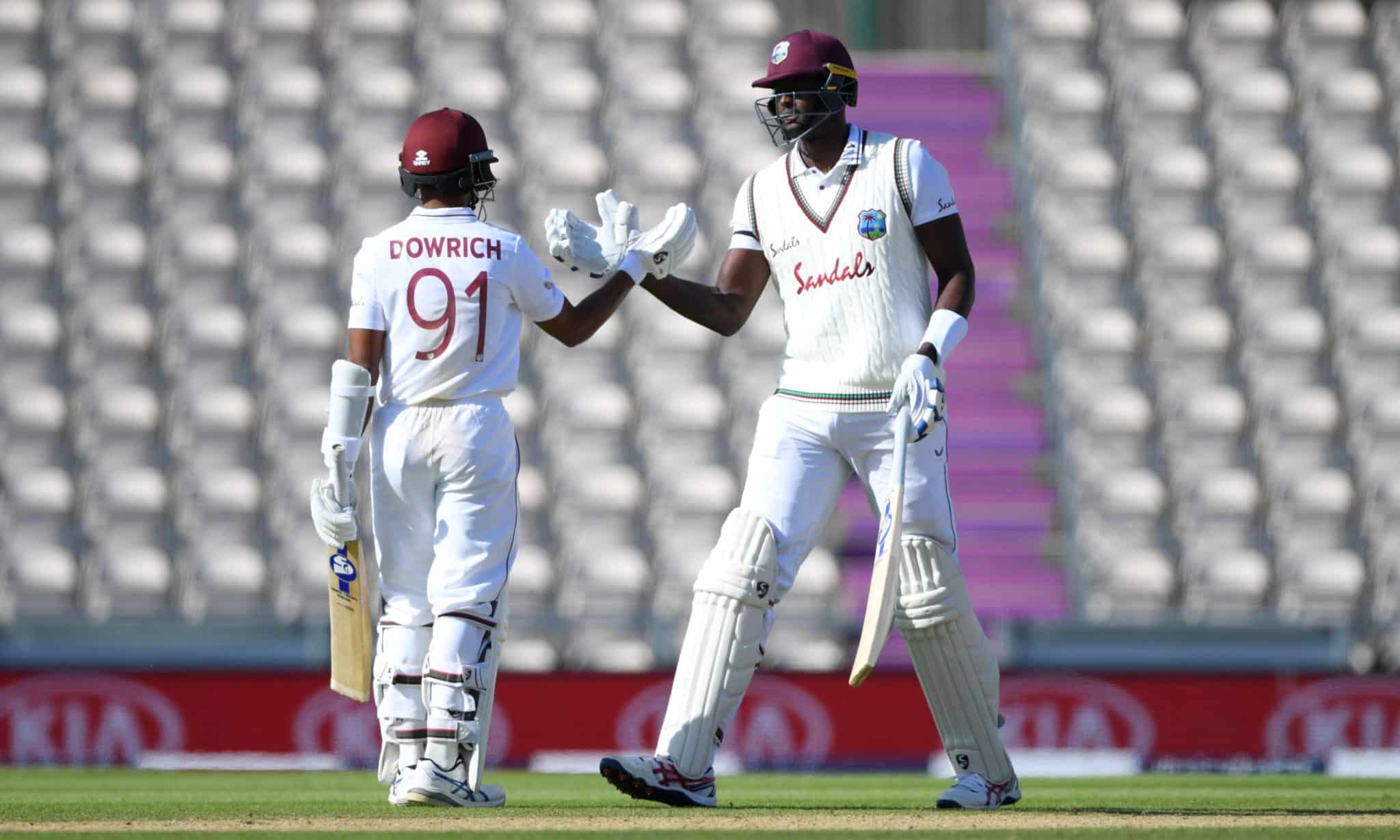