On Sunday evening, Manchester United faced Leicester City at the The King Power Stadium in the final game of the Premier League 2019/20 season.

The visitors won 2-0 after Bruno Fernandes scored from the penalty spot and Jesse Lingard netted in added time, after the end of 90 minutes the Reds secured a top 4 finish in the table.

Here are 5 talking points after the Reds defeated the Foxes :

Manchester United did not have the best of the starts. They looked disorganized from the beginning and played some sloppy passes. Matic, captain Maguire, the former Foxes’ player, defender Lindelof, all seemed nervous coming in to the match. Manchester United started off slow as which has been the case lately.

Goalkeeper, David de Gea almost committed another blunder, but was lucky to be saved by an offside. With another clean sheet, he has now kept 113 clean sheets surpassing the United Legend, Peter Schmeichel.

United players were creating good chances, but every time they came up short in front of goal. The likes of Rashford, Bruno and Greenwood linked up well in the first half.

Leicester looked the better side in the first half. They were holding the midfield well and forced United’s players to come forward. Sudden counter attacks were also notable. But United equaled with the efforts and restricted the Foxes’ to score.

Solskjaer’s side had utilized Leicester City’s major blows in the defence due to the injuries. The absence of Caglar Soyuncu due to suspension and Ben Chilwell and Ricardo Pereira due to injuries had caused serious problems for the Foxes’.

This all played a key part with the issues in defence for Brendan Rodgers’ side this season, and there were doubts about the quality that would be missed during the game

James Justin, Wes Morgan, Jonny Evans and Luke Thomas formed the defensive backline, and they stood rock solid. The deadly Manchester United attack including the likes of Martial, Rashford, Fernandes and Mason Greenwood, the back four did an incredible job, closing down spaces and giving little room to the Manchester United stars.

Justin, in particular, produced a few crunching tackles, while Evans and Morgan showcased their experience. The penalty may have been been a disappointing outcome, but there were certainly more positives than negatives. Young left-back Luke Thomas looked dangerous going forward, and looks set to have a bright future in the game.

The Red Devils were not at their very best, but Leicester managed to contain the quality that their opposition possessed.

The Portugal International,Bruno Fernandes made his debut in February. With his debut, he has made a huge impact at Manchester United.

Since the attacker’s arrival, it seemed United had found their long lost link in the midfield. He has built a bridge between midfield and a talented attacker’s of the frontline.

With his talent and his positive style, Red devils always had a great expectation from him and looked forward every time he received possession. He has played a major role for the Reds as they finish the league 14 game unbeaten.

Bruno was not the best in the match, but after double tackle at 71st minutes,from the former United defender, Johnny Evans and Morgan on Martial, a penalty was awarded to the Red Devils.

After the VAR check, Bruno sent Schmeichel to the wrong side and converted from the penalty spot.
8 goals, 7 assists in 14 games. No January signing has had a better debut season in Premier League history than Bruno.

Bruno Fernandes had the ticket. 🎟 pic.twitter.com/WcZ51IPBzK

Fans are delighted about the fact that,how he had transformed the whole Manchester United team. His long ball distribution and attacking prowess has helped United along the way. He is one of United’s successful signings.

Jesse Lingard,who came in as a substitute capitalised on the mistake from Leicester Goalkeeper, Schmeichel and scored a goal to make it 2-0 for United and seal the victory.

United would need only a draw against the hosts for a guaranteed place in Europe’s top competition and to avoid defeat against Brendan Rodgers’s side. United went for the win and qualified for the Champions League at the expense of the Foxes’.

An unstoppable run to clinch a UCL spot 😤 pic.twitter.com/UqqQwjiWHP

United manager, Solskjaer would be relieved and happy with the result. This would also help in bagging the signing of Jadon Sancho, with whom the club is strongly linked recently.

Leicester City being at No. 5 in the table would play Europa League next season.

With this, Premier League 2019/20 comes to an end. Liverpool won the league after 30 years. Manchester City finished behind Liverpool. Manchester United secures the No. 3 spot. Chelsea rounded off the top four with a 2-0 victory against Wolves at Stamford Bridge. Tottenham finishing sixth in the table secured a Europa League spot with a 1-1 draw at Crystal Palace.

Aston Villa’s 1-1 draw against West Ham secured their spot in the top tier next season. Norwich will be relegated to The Championship next season.

Leicester striker,Vardy will claim the Golden Boot, as the Premier League’s top scorer with 23 goals. 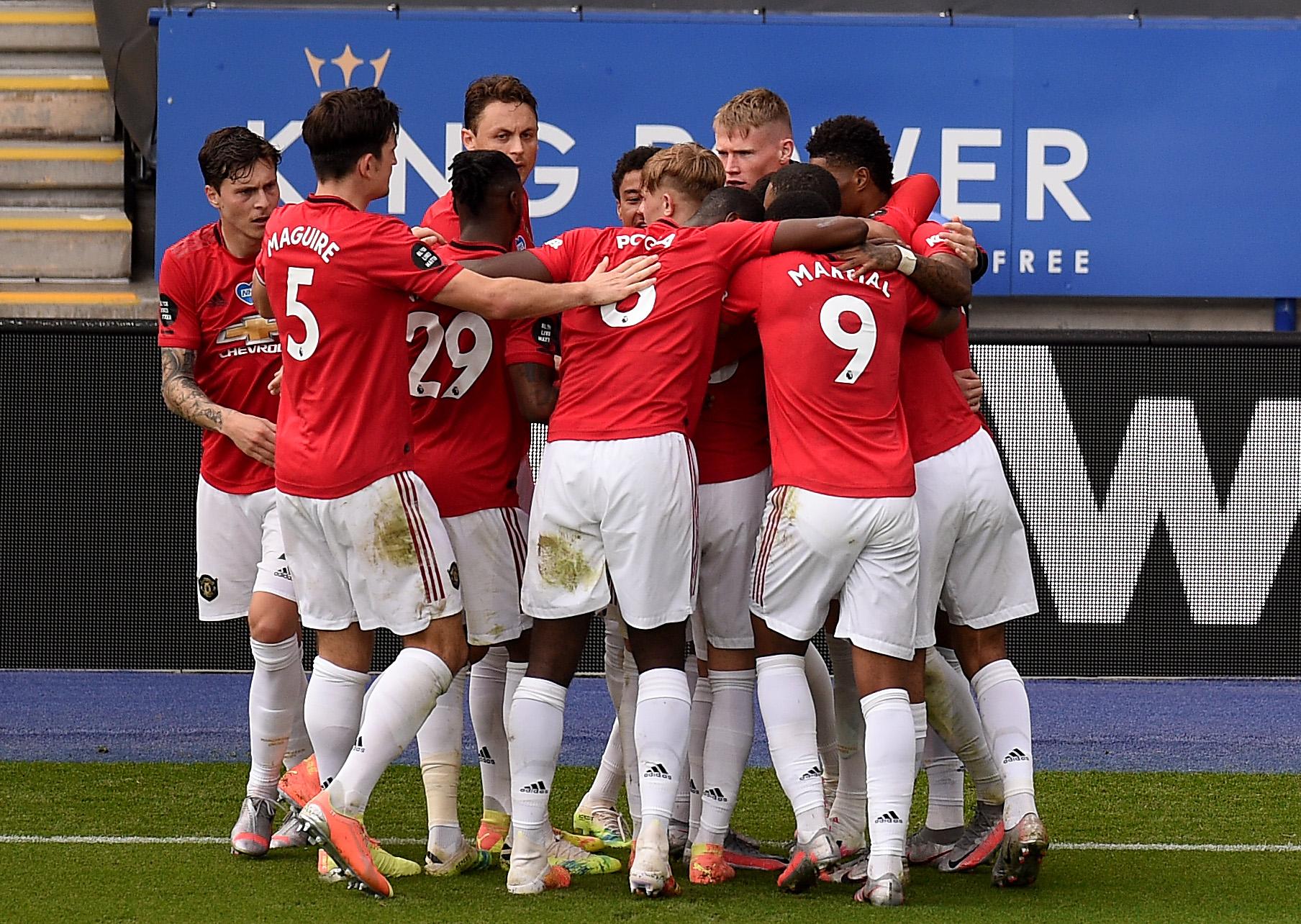