Just when they thought they had UEFA Champions League qualification in their hands, two bad defeats have seen those chances literally evaporate from the grasp of Arsenal.

The Gunners would have been considered strong favourites at sites including Betway to be able to qualify for Europe’s elite club competition, however, it seems Mikel Arteta’s side really did not want to test themselves against the continent’s best next season.

Naturally, with a massive following around the world, there will have been punters placing football bets in Mozambique given the appeal that the north London outfit has, however, those fans will have been left shocked, disappointed, angry, and upset at how things have transpired for the Emirates Stadium club in the last two matches.

So, what happened? What went wrong? Why does it seem their biggest rivals now have the edge over them in the race for the top four and qualification to the UEFA Champions League?

In fact, it all started with the game against Tottenham Hotspur on Thursday, May 12, as the North London derby had been rearranged from the initial date of January 16; a move some would suggest has backfired on the Gunners in an incredible way.

Antonio Conte had remained bitter about that decision at the time, and it seems he sent his players out to make sure Arsenal knew just how badly he disliked it, as his Spurs side ran riot on their north London neighbours.

Things started badly for the visitors as Harry Kane netted from the penalty spot following a foul on Son Heung-min by Cedric Soares before they ultimately went from bad to worse in minutes. Rob Holding was shown two yellow cards in 7 minutes as he was given his marching orders with 33 minutes played.

Kane netted his second of the game, whilst Son compounded the poor performance by the Gunners moments after the restart. Indeed, whilst the route would have been perfect for those using Betway and predicting Spurs’ lethal duo would both find the net, it would have been disastrous for those who backed Arsenal to qualify for the UEFA Champions League.

However, if that match had left fans of the club devastated, there is no knowing how many would have been felt following the defeat to Newcastle United on Monday, May 16.

Knowing that they had to win in order to really have qualification in their destiny following Tottenham’s win at Burnley on Sunday, May 15, the Gunners simply did not appear to turn up; something Granit Xhaka conceded in a post-match interview after the game.

Arsenal failed to get going before Ben White put the ball into his own net 10 minutes into the second half. However, that own goal did not appear to change anything at St. James’ Park and Newcastle’s newest cult hero Bruno Guimaraes added a second with just five minutes left to play.

Arteta – who recently signed a new deal with the club – will now be hoping for things to go in his side’s favor on the final Sunday of the season. They will face Everton who continues to try and fight the drop, whilst Spurs will go up against already relegated Norwich City.

If the Gunners are to obtain UEFA Champions League football, they are going to need the Canaries to get an unlikely win, whilst hoping they can see off the Toffees themselves.

At this moment, it would seem the task is going to be far too great, and the last two matches have effectively killed their 21/22 Premier League season in a devastating and brutal way. 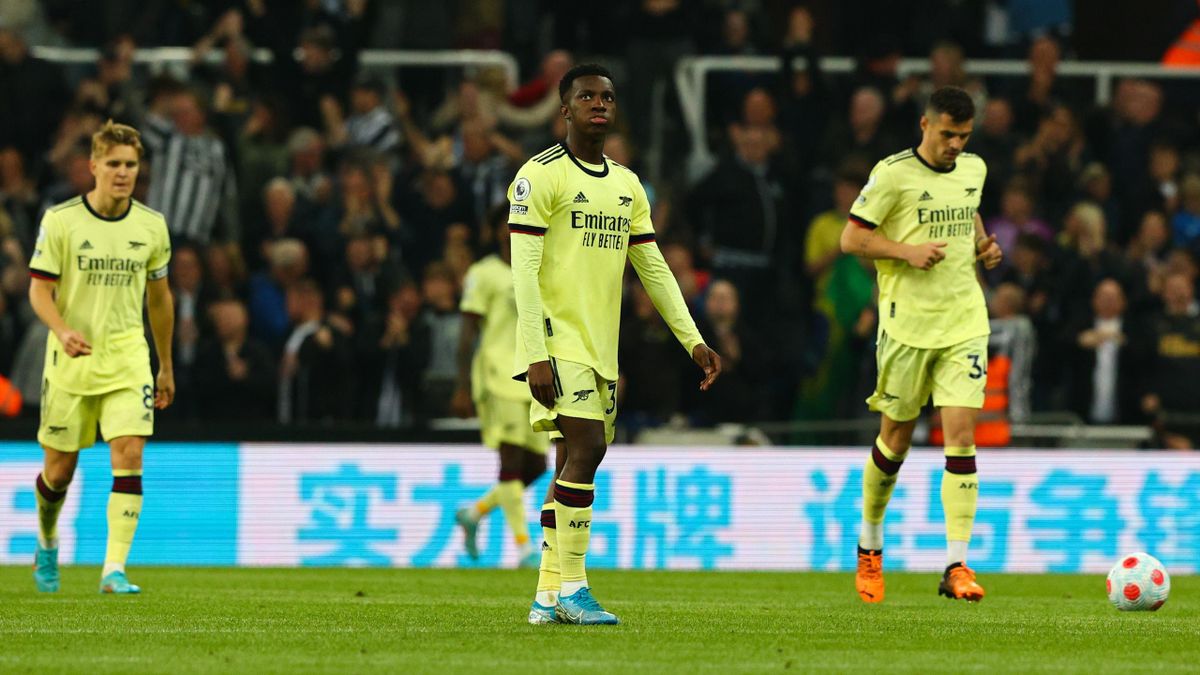