Let’s take a break from the real world sports and take a trip to the world of E-Sports. Well for the break down both Hiko (Spencer Martin) and for Stanislaw,(Peter Jarguz). Both of the players have the same role on the team as IGL, or In-Game Leader While we are on the subject of the taking a break from the real world, why not check out different kinds of reels at Pink Panther Online Slot.

The other team known as Team Optic has been around for longer than Liquid but in a different game known as Call Of Duty, Optic is new to the CSGO scene only being a team created in Early 2016, but they have found some success already in that year and hoping to have an even better year in 2017 with the addition of Hiko, but to some dismay Optic has had a rocky start to 2017 with the addition of Hiko.

Hiko was added in around early February and the Team’s Record was 6-3 for that month, coming into March Optic fans and analyst had Optic gaming set to a high standard hoping that the team would only improve with the addition of Hiko to their roster but as it stands Midway to the Quarter end of March the team sits at 1-8 (W/L) of all their matches in March.

In the ESL Pro League standings for the Americas Optic Gaming is currently in position 9 of 14 with a record of 5-3, An Optic lead Hiko Started the season hot on a 4 game win streak only to fall to team Immortals and Proceed to lose 2 of their next 3 games. While a Stanislaw lead team liquid sits at The Number 2 spot in the America rankings at a record of 9-2, In February Team Liquid also went 6-3 then the mid-season trade for Stanislaw analyst and fans were speculating a crash for the team but Team Liquid hasn’t improved but also hasn’t gotten worse.

In March Team Liquid has stayed 6-3 and only looking to improve. Team Liquid has found success with Stanislaw and the stats show, In the ESL Pro League Liquid sits at the Number 2 spots behind the powerhouse of Team Immortals who are 10-0 while Team Liquid is 9-2.

Looking at the numbers and the rankings provided something isn’t adding up quite well, Why is it that Hiko who was ranked in the Top 20 players of 2013 for CSGO and has remained in the top 25 since then, Why is that the team Hiko Joins is a team that begins to fail. Hiko’s career stems all the way from 2012 till now while Stanislaw has only come onto the scene from Early 2016.

Hiko’s ability to play is undoubtable remarkable he is one of the best lurkers and best players to choose in a clutch situation. But looking at Hiko’s stats in 2015 a year when Hiko made an impact on his team and his team won the ESL Pro League Season 2 Group Stage, His K/D (Kill/Death) Ratio was 1.21. That is an impressive accomplishment for a not so impressive team liquid roster. Hiko was a better carry and a better IGL at the time able to lead his team to the Top 4 80% of the time in each Major Championship that year.

If we look at Hikos stats for 2016 we will see a slight Decrease in his K/D Ratio 1.06, but still very efficient to say the least, But 2016 was not the greatest year for the Liquid Team lead by Hiko They played in 6 major tournaments and only places Top 4 twice. Although one of the most important tournaments Team liquid was on a hot streak all the way into the finals, until being 2:0’ed like nothing by the team of SK, Hiko to say the least was angry and it showed. The team’s chemistry most likely took a hit and Hiko might have become almost irritable to play with. The loss to SK meant the loss of Hiko’s partner in crime S1mple (Oleksandr Kostyliev) who was almost like an anchor for Hiko, S1mple took his talents to the team NaVi (Natus Vincere).

This was almost like a tipping point for Hiko’s time on team liquid. Hiko and S1mple were never the perfect match S1mple was a much too passive AWPer for Hiko’s calling but it always worked it is what brought them to the Finals versus SK only to fall with ease due to an off game for both Hiko and S1mple. S1mple just wanted to win and did whatever he could to get on a team that would win and that is what he did joining NaVi.

Too say why Hiko’s teams have been losing can not solely be blamed on him but he hasn’t been playing to the best of his ability or when he plays his play style seems distracted, hopefully for Hiko that changes up. Stanislaw a young fairly newer too the CSGO Pro Scene player who was traded from Optic to Liquid, has changed the team for the better. In the ESL Pro League season 2 The heavy underdog Optic lead by Stanislaw versus the Top Dog Lead Team Astralis lead by Gla1ve, to the surprise of everyone the Young Optic team pulled out the Win 2-1 over Astralis, this is what put Stanislaw on the map.

The interest for him spiked on how he was able to pull the under talented and underrated Optic team over the Over stacked Astralis team. After a few months of being second in the next major tourney to no surprise team Astralis it was time for a trade to happen. Optic was very interested in Hiko and how he played and hoped that Hiko would be a perfect fit for Optic, Liquid was looking to rid Hiko for a younger face and thus found Stanislaw and a team willing to trade. After the Trade happened Optic tanked while Liquid began to rise again for North America.

What would have happened if Hiko stayed on Liquid well as the matches and stats show for when he was still on Liquid before the trade they would just keep losing and losing, but if Stanislaw stayed on Optic I do not see much of an improvement for Optic, I would see an actual decrease in Optic performance if this trade did not happen because Stanislaw already had Chemistry and communication issue’s with his teammates.

So this trade needed to happen for the benefit of both teams for the future, but if Liquid Hiko Stayed Liquid Hiko, North America would still be a Joke to the Esports world. 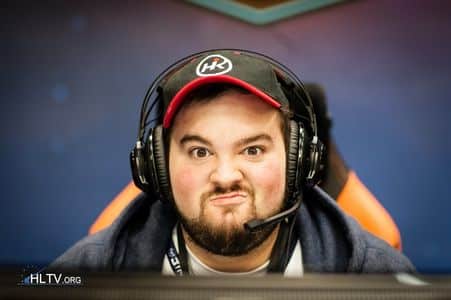