Many times the Yankees have played World Series against the Brooklyn Dodgers. They also played the Mets in 2000 and those were all nicknamed “The Subway Series”.

I’ve heard the Series in 1985 with Kansas City vs. St. Louis called the “Show-Me Series” and the “I-70 showdown Series” since I-70 runs across the state between the two.

In 1989 Oakland played San Francisco in the “Bay Bridge Series” or the “The Battle of the Bay”.

I’ve even heard the 1944 World Series between the St. Louis Browns and St. Louis Cardinals called the “Streetcar Series”, or the “St. Louis Showdown. Now, these games all have big names, big money, big numbers in general. The game that tops all of these is “the big game” or the World Series.

With this being said It is hard for anybody to decide a month prior to opening day. So let’s give it a shot, in the AL East my choice is the Boston Red Sox who will finish with a record of 102-60. The reason I chose the Red Sox is because of the big additions this year.

With additions of Chris Sale, Tyler Thornburg and Mitch Moreland the Red Sox have a strong rotation, a strong bullpen, and a strong lineup. Now onto the AL Central.  My pick to win the central is the Cleveland Indians who will have a record of  100-62. The reason I picked this team is with the addition of Edwin Encarnacion who hit 42 home runs last year with 127 runs batted in.

My pick to win the AL West is the Seattle Mariners with a final record of 94-68, the reason is with the rangers on a downfall with the loss of Prince Fielder and losing Jake Diekman to the Disabled list the rangers have a lot to do and a lot to prove to with the division.

Now moving to NL. My pick to win the NL EAST, Washington Nationals with a record of  98-64, the reason is with powerhouse right fielder Bryce Harper who hit 24 home runs and had 86 rbi’s last season. He is only 24 years old so he is still on the rise.  Not to mention the stellar pitching staff that team has.  Now the NL Central. I’m probably not the only one who is predicting this, but I am picking the Chicago Cubs with a record of 104-58, coming off of a storybook season, the Cubs snapped “the curse of the Billy Goat”.

The Cubs are riding high in the clouds, higher than they have been in a long time. Finally, I am picking the San Francisco Giants with a record of 96-66 mainly because of the addition of Matt Moore, and the veteran Catcher in Buster Posey. Posey in my eyes is one of the greatest catchers of my time. (200-present). Now moving onto my playoff predictions in order I have the Red Sox coming in first in the American League, then the Indians, then the mariners, then the AL Wild card will be between Houston and New York. 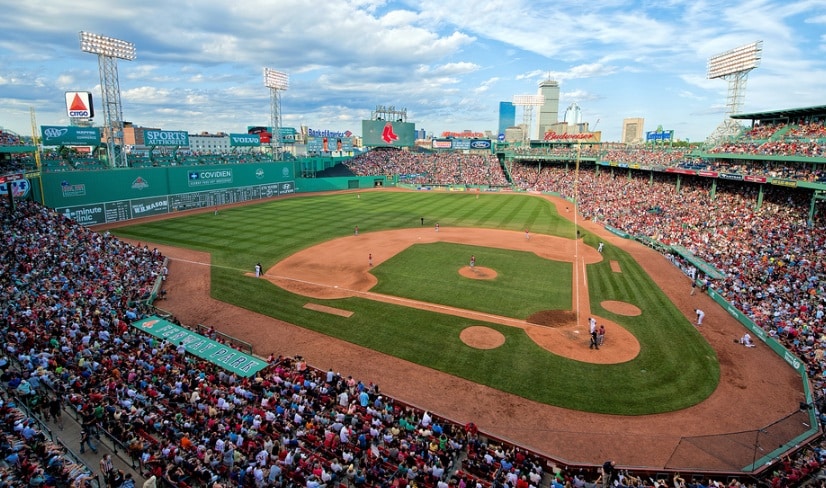