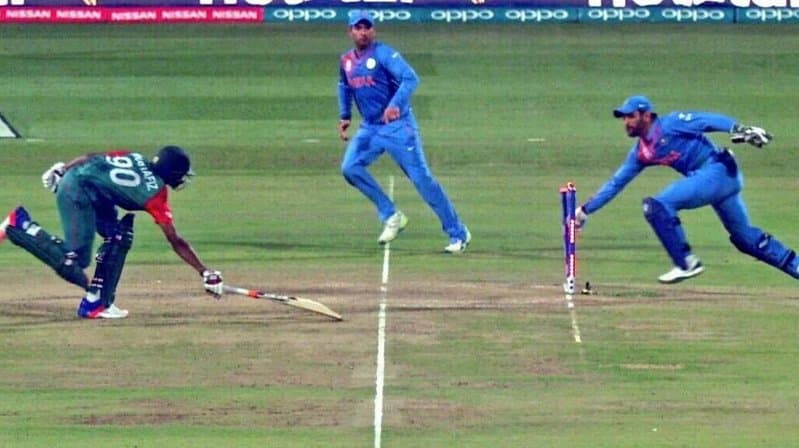 ”After the two fours, Bangladesh looked sure to oust India out of a home World Cup. ……. But the drama was yet to unfold. The unforgettable moments were yet to come in existence”.

2 runs required of the last 3 balls. 5 wickets remaining. Two of their most experienced batsmen on the crease. Bangladesh would think, what could go wrong? Alas, everything did. A country which was dancing with joy, in just a matter of few minutes and a sprinkle of genius coupled with stupidity, was brought down on its haunches. It has been 4 years since that night (23.03.2016) at the packed Chinnaswamy stadium but the drama never gets old.

India came into the match after a win against Pakistan but a short tournament means each and every game is equally important. Especially after the shocking defeat against the Kiwis in the first game, it was a virtual knockout for India. Same was true for Bangladesh after they were beaten by Australia in their first match.

After winning the crucial toss, Mashrafe Mortaza put India to bat first. The bowlers justified his decision and stopped India at 7 for 146 in their 20 overs. No Indian batsmen got going and failed to convert the starts. Five touched the 15 run mark, but nobody crossed 30, the top scorer being Suresh Raina (30). The momentum required to get to a big total never came as they got only 34 runs in the last five overs.

146 might not seem like a huge total on the designated batting heaven Chinnaswamy, but the pressure of playing in a must win game and against a quality bowling attack was always going to come in at some point. the second-wicket partnership between Tamim Iqbal and Sabbir Rahman threatened to take the match away but a flurry of wickets in quick succession saw India refusing to let go of the match.

The match went neck to neck in the middle overs with both teams not ready to give an inch. In the end, all came down to the last over. 11 runs were needed with Mahmudallah on the striker end and Mushfiqur Rahim on the other end. Hardik Pandya had the job of delivering the last over, billion dreams were riding on his shoulders. Ball 1 – Pandya bowls a wide yorker, Mahmudullah guides it towards cover for a single. Equation: 10 off 5. Ball 2 – Mushfiqur places a length delivery outside off just over deep extra cover for a four. Equation: 6 off 4. Ball 3 – Again Pandya bowls a length ball, Rahim gets across and scoops it past short fine leg for another four. Equation: 2 off 3.

After the two fours, Bangladesh looked sure to oust India out of a home World Cup. Their fans started jumping in the stands. Indians were stunned. Even Mushfiqur was out roaring out loud and punching his fists. But the drama was yet to unfold. The unforgettable moments were yet to come in existence.

Ball 4 – Pandya, under tremendous pressure, bowls another length delivery in around the stump line. Rahim rocks behind and hits the ball in the air, directly to Shikhar Dhawan at deep midwicket. As Sunil Gavaskar called it on live telecast, ”… this is excitement, there really was no need to the ariel root”. Equation: 2 off 2. With Mahmudullah back on strike for next ball, Bangladesh still had their noses ahead. Ball 5 – Again an error in line from Pandya. Bowls a full toss on the body, Mahmudullah doesn’t time it well and Ravindra Jadeja takes a fantastic running catch at deep mid wicket. Equation: 2 off 1.

The tide had turned. India, once down and out, were now in sight of a miracle. Shuvagata Hom was on strike for the final delivery. Dhoni took off his right glove in case the batsman misses the ball. Ball 6 – Hardik Pandya bowls a wide bouncer, Shuvagata misses and tries to scamper for a single. Dhoni collects the ball and runs towards the stumps instead of aiming the stumps from his unusual position. It was now between Dhoni and Mustafizur Rahman. The one who ran faster won. It was Mahendra Singh Dhoni. It was India.

It was later revealed that by the time the ball reached the hands of Dhoni, Mustafizur was already half way the pitch. Dhoni was 13 meters from the stumps and Rahman needed to cover around 10 meters. Dhoni backed his running ability and beat Rahman to keep India alive in the tournament.

There comes a moment, in almost every player’s life which defines his/her. The last few moments of the match on 23 March, 2016 was one of those defining moments for Mahendra Singh Dhoni. Yes, the 2007 T20 World Cup win in South Africa was an important point in Indian cricket. Yes, the 2011 World Cup win at home was a huge success. Yes, the 2013 Champions Trophy win in England and Wales was a nice topping. Yes, he was the captain on all those occasions, but this was different. This was probably for the last time the ace wicketkeeper was playing in a big home tournament. India had lost all its hope but he kept his cool, his mojo, and did what, probably, only he could do. 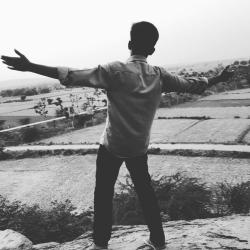 Embracing the glorious mesa that I am.
0

has published a new mt_pp."franklynmurray"
14 hours ago