The Premier League has been a tantalising rollercoaster of emotions this season with the Premier League table continuously chopping and changing due to unpredictable results and alternating runs of form. It has been everything football fans hope for with high levels of football being played and competition between the top teams being as intense as ever. However, as always by this point in the season, there are clear favourites to take the much-coveted champions league positions plus unexpected underdogs throwing their weight in, but there is still plenty more football to be played.

At the start of the season, most experts considered Chelsea (current reigning champions of Europe), Man City (Premier League winners from last season), and Liverpool to be the favourites to take the crown of the 2021/22 Premier League season. This is an understandable sentiment given the quality each of these teams has and Chelsea and Man City may be seen to have had the edge over Liverpool due to their activity in the transfer market.

Chelsea brought Romelu Lukaku back home to Stamford Bridge (£97.5 million) after an illustrious season (24 league goals) in Italy, helping Inter Milan win their first Serie A title in a decade. Man City signed Aston Villa captain Jack Grealish for no small sum of (£100 million) who has impressed massively over the last 2 seasons in the Premier League and helped Aston Villa to record their highest ever finish in the Premier League table last season. Liverpool however signed another center-back in Ibrahima Konate from RB Leipzig for £36 million.

However, there is one team nobody expected to carry on where they left off last season. A team that continues to inspire every footballing fan as they have not only had a fantastic run of form that started last season but also have been playing a beautiful style of football that has been tactically adapted from game to game to get the results that have put them deservedly in 3rd place in the Premier League table going into the international break. I am obviously talking about West Ham.

Man Utd has as ever been anything but consistent. After a relatively strong start to the season and the re-signing of the GOAT himself, Cristiano Ronaldo, many people considered them to be a title contender. Man Utd has been more than humbled after being demolished 5-0 by Liverpool then played off the park by Man City, losing 2-0, in their own back yard among other poor results. This has left them 6th place in the Premier League table, behind Arsenal (5th) who many joked as relegation candidates after 3 losses and 0 goals in their first 3 games but are now unbeaten in 8.

Not many people gave West Ham a fighting chance to break into the big boys, expecting them to falter under the pressures of Europa League football and lack the squad depth to continue to perform at the high levels they’d set themselves last season. Not only have they maintained an unbeaten record in Europe, but they have also flown up the Premier League table to 3rd place while beating Tottenham and Leicester. Their biggest triumph came in a justified 3-2 victory at home against an unbeaten Liverpool side where they have now hammered their authority in the Premier League as a top team who could go on to make more shockwaves for the rest of the season.

The irons have moved from strength to strength with great signings, such as Said Benrahama, and tactical nouse over recent years since David Moyes has taken over. In my opinion, all the joy that West Ham is lavishing in at the moment is all thanks to the flying Scotsman who many doubted after his time at Man Utd where almost any manager would have struggled at that time. He has now put his critics to the sword and made them eat their words as he has shown why Sir Alex Fergurson believed he was the man to keep Man Utd at the top of the Premier League table.

Players like Declan Rice, Aaron Creswell, and Michail Antonio have continued to improve, flourishing under Moyes’ guiding hand. If West Ham can keep this momentum going then we may well see another 15/16 Leicester City type of story where we see a wonderful team capture the hearts of the footballing world as they disprove that money wins titles. This is still a dream with fixtures against both Man City and Chelsea coming up but after last night’s performance against Liverpool, there’s nothing to say they can’t take points of these giants either.

Another team that is starting to show their true potential is Arsenal. A poor start to the season saw them near the bottom of the Premier League table but a brilliant unbeaten run has them rise like a phoenix from the ashes to 5th place, only 2 points behind Liverpool and 6 points from the top of the table. Mikel Arteta has to be given credit for holding his nerve, not caving to the heavy criticism from almost everybody around the world after a 20/21 season that saw them fall from European football for the first time in my life.

He brought in players like Ben White and Aaron Ramsdale for large sums of money (£52.65 million and £25.2 million respectfully) and with that many doubts over his transfer strategy. These doubts are fading. Strong performances from Ramsdale, who has been called up to the England squad, Emile Smith Rowe and what seems to be a belief in the tactics from the whole squad has led to this change in fortunes.

A big game against Liverpool awaits them on the 20th November which is where, like West Ham, they will have a chance to prove that they can perform against the favourites and throw their name in the hat for Champions League spots by breaking past Liverpool into the top 4 of the Premier League table.

Man United is a team of individuals in disarray. A lack of tactical identity and teamwork has been papered over by individual performances but the cracks are starting to show. Losses against Man City, Liverpool, Leicester, and Aston Villa have illuminated the problems at United. Ole Gunnar Solskjaer took over as a caretaker manager and has done an above-average job and has brought in some high-quality players in Ronaldo, Raphael Varane, and Bruno Fernandes. On paper, they look like they could be a title-winning team but on the pitch, they are anything but that.

If Man Utd wants to start reaching the potential that their expenditure has bought then Ole either needs to start bringing an identity to the team or a new manager might be needed to push them up the Premier League table. Although after Antonio Conte, a proven winner wherever he goes, was snatched up by Tottenham there isn’t a great replacement in line, and firing Ole could actually be detrimental to the club.

There are 3 clear favourites, Chelsea, Man City, and Liverpool. All 3 have mouthwatering lineups, littered with international stars, experience, and youthful prospects.

Chelsea has been scarily good so far this season, only conceding their first goal from open play in the Premier League this season against relegation prospects Burnley, who are nearly at the bottom of the Premier League table. A goal difference of +26 speaks for itself, they don’t concede many and they like to score for fun. Surprisingly, Lukaku hasn’t been performing at the standards of a £97.5 million striker and with his injury, Chelsea has had to look elsewhere for goals. Fortunately for them, their fallbacks, Ben Chilwell and Reece James have found their shooting boots and have more than made up for Lukaku’s absence with Reece James being Chelsea’s top scorer this season so far.

Their only fear is that they are yet to beat Liverpool (draw 1-1) or Man City (lost 1-0) but if they can keep winning against everybody else while these two drop points, then that is all they will concern themselves with as that will keep them at the top of the Premier League table.

Man City, as usual, has been playing enamouring football under Guardiola. The only difference this season compared to last is that despite dominating games, they haven’t put the ball in the back of the net anywhere near often enough. The lack of any clear striker that Guardiola trusts is clear despite having Gabriel Jesus available. Losses against Tottenham, Crystal Palace, and a draw against Southampton are evident of this as they dominated each of these matches but failed to come away with the result that their performances deserved.

The January transfer window could be an opportunity for Man City to find this missing piece because, with players like Phil Foden and Bernado Silva playing in the form of their lives, a top striker could push them to the next level needed to overtake Chelsea in the Premier League table.

Liverpool up until last night was the closest to taking Chelsea down from the top spot. A difficult loss in London yesterday and a draw against Brighton last week have taken them down from their aspirations of being the league leaders, which was hard to imagine after dominating performances against Man Utd and then Atletico Madrid. They now have no room for error if they want to keep up with Chelsea and Man City, with an ever so important game against Arsenal coming up after the International break where Arsenal has a chance to leapfrog them into the top 4 of the Premier League table.

Having the Premier League top goalscorer in Mohammed Salah (10 goals), who is arguably the best player in the world right now, alongside world-class players such as Sadio Mane, Virgil van Dijk and Allison mean they can go head-to-head with any team in the world.

There are some fantastic teams in the Premier League this season and there will be surprising results and performances, the very reason we all love football is the lack of predictability. The Premier League table is as tight as ever with 6 points separating 1st and 5th place and one result could change everything.

In my opinion, the top 4 come January will be: 1st) Chelsea, 2nd) Man City 3rd) Liverpool and 4th) Arsenal.

West Ham has a difficult run of games coming up with fixtures against Chelsea, Man City, and Arsenal but they have proven they have the capability to come away with results in these big games and prove people wrong time and time again. Due to the run of games that the other 4 teams mentioned have in comparison, I think West Ham will start dropping points.

Man Utd may find some form again and start to challenge for the top 4 and with Tottenham signing Antonio Conte there could be a revival of Spurs that sees them start to get some positive results too as Conte is known to come into struggling teams, such as Chelsea and Inter Milan, and bring a winning mentality with him that infects the whole club.

The Premier League table is compact at the top and as the season goes on we will see some thrilling fixtures and breakout performances, especially after the January transfer window where we see clubs revamp their squads. 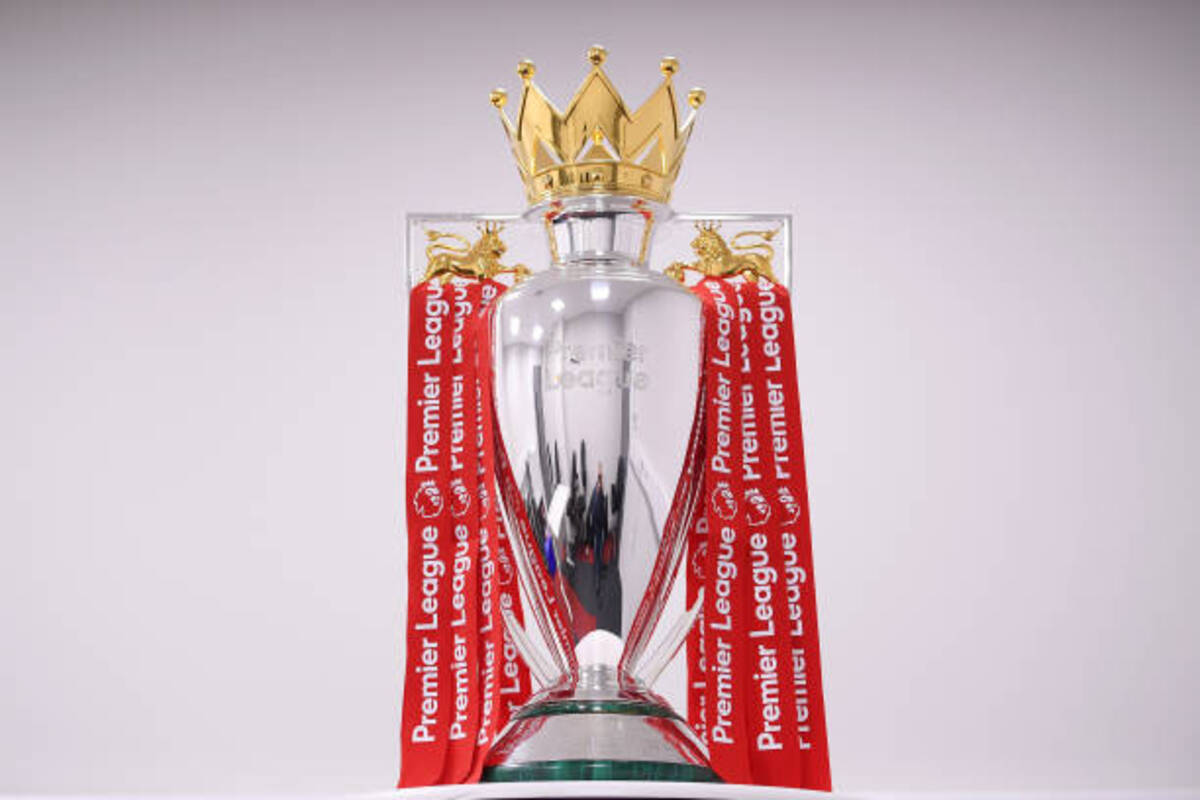