The Rise and Fall of Arsenal

During the early reign of Arsene Wenger, Arsenal established themselves as a top contender for any trophy they fought for. Arsene created a team made up of power, talent, suave, and elegance with players such as Henry, Viera, and Bergkamp. This tantalising squad went on to achieve greatness, winning the FA Cup 4 times and the Premier League 3 times between 1997-2005. Most notably becoming the first and only team to go a season (2003/04) unbeaten and will forever be remembered under the glorious moniker ‘The Invincibles’.

Since those glory days, Arsenal has struggled to maintain this success, losing key players such as Cesc Fabregas, Samir Nasri, and Robin Van Persie to name a few to competitors both in England and abroad. While they have managed to win the FA cup 4 times in the last decade, which is something to be proud of, Arsenal has left much to be desired in every other competition. This disappointment led fans to turn against Wenger, their most successful manager, and his eventual departure in 2018.

It has become apparent that Wenger had been doing an incredible job to keep Arsenal in the Champions League every season alongside winning trophies, despite the lack of strength in the squad, which has become more and more apparent under both Unai Emery and Mikel Arteta. Without Champions League football, Arsenal for the first time in many fans’ lives was no longer a top European team. Then last year in the 2020/21 season, they failed to qualify for any European tournament.

Youth at the helm

However, under Arteta, there seems to be a change in the tide on the horizon with a new transfer policy and faith in youth players coming through, such as Bukayo Saka and Emile Smith Rowe. Thanks to Saka’s inclusion in the England squad there has been a substantial amount of attention on him but another player who has been outstanding for Arteta has been Smith Rowe. Arteta’s faith in him this season is shown by the fact that he has played more minutes in the Premier League (717) than any other Arsenal player.

Smith Rowe wasn’t always seen as a top talent, being loaned out to RB Leipzig and Huddersfield over the last 2 years before finally getting his chance at the beginning of the 2020/21 season. Last season we saw glimpses of technical genius, astounding vision, and most importantly a hunger to play. These glimpses became more consistent as the season went on, with the youngster finishing the season with 2 goals and 4 assists in 20 games. While these weren’t the most impressive stats, it was his continued improvement that caught the eye. His confidence was improving and this was supplemented by the manager’s faith in him.

This season he has been fantastic so far. Arsenal had an extremely poor start to the season with losses against Brentford, Man City, and Chelsea and no goals scored. Things were looking dreary, to say the least, but even here Smith Rowe was often the lone bright light, creating 5 shot chances with 12 progressive passes.

Their fortunes began to change with a win against Norwich where Smith Rowe managed to influence the game off the bench, completing 100% off his passes and creating several opportunities for shots on goal within his 13-minute cameo. He continued to demonstrate his talent with incisive passing and ability to float between the lines against Burnley but was substituted at 60 minutes as he was still returning from injury.

Finally back to full fitness, Smith Rowe started against Tottenham. A huge game for any Arsenal player, never mind one who has been at the club for over a decade and understands everything this game means to the fans. The pressure could easily become too much for any young player but Smith Rowe showed that he is a big game player ready to show that he can be called upon for these oh-so-important games.

A dazzling display by the 21-year-old earned him a goal and an assist against their rivals. His late movement into the box, alongside a well-taken first-time finish to score the opener was a sign of his ever-improving ability and confidence. Smith Rowe also linked up beautifully with Aubemyang for the second goal, showing he’s not just technique and nouse but has the acceleration, power, and pace to drive past defenders.

He showed his ability to influence the match yet again against Aston Villa. A delightful delivery from a corner to assist Thomas Partey to his first goal of the Premier League season, plus a lucky deflected shot after another powerful run down the left flank from the halfway line gave Smith Rowe another goal to add to his tally.

Currently, on 2 goals and 2 assists in 9 games in the Premier League, Emile Smith Rowe will undoubtedly beat his record from last season, with the potential to break into double digits for either goals or assists. Arsenal fans will be hoping for both but that may be a bit too optimistic.

Smith Rowe has been affectionately nicknamed ‘The Croydon De Brunye’ by many fans but in my opinion, he should be looked at as the second coming of Dennis Bergkamp; with his delicate touch, movement in between the lines, exemplary vision, and now he seems to break into areas where he is able to not just create but finish chances.

For Arsenal this season in the Premier League, he has had the most touches (412) of any midfielder, the most assist (2), and second-most goals (2) out of any player. His influence at the club is undeniable and will only become more evident. The only worry is that he will be overplayed and suffer the injury curse that has plagued many talented Arsenal players since their move to the Emirates.

The future of Arsenal and England?

This young man is the talent Arsenal have been lacking for years and his link-up play with Aubemyang has fans licking their lips at the potential this partnership can bring. Keeping promising players has been a cause for concern for Arsenal for over a decade, with Smith Rowe being an Arsenal fan born and bred after coming up through the youth academy, I can’t imagine him being tempted to go anywhere soon as he will undoubtedly play a central role to Arsenal becoming a top competitor once again.

Although England has an excessive amount of talent when it comes to attacking midfielders with the likes of Mason Mount, Phil Foden, and Jack Grealish, Gareth Southgate has already stated the Smith Rowe” Is a player we like a lot and he was very close to making this squad” back in September. Time will tell but in my opinion, it won’t be long until Emile Smith Rowe will be in that conversation. 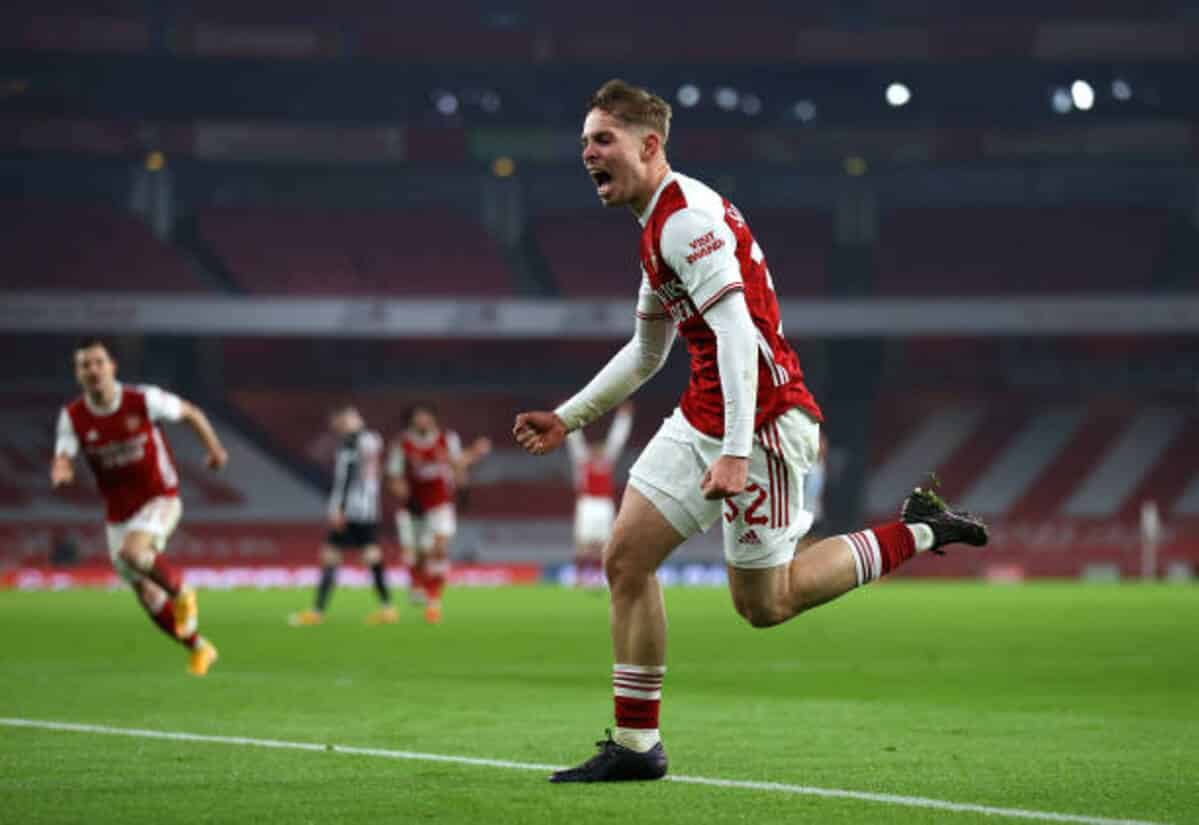