In 2022 the FIFA World Cup will take place in Qatar during the months of November and December. While they are normally played during the summer months, they are pushed back in 2022 to accommodate the milder temperatures of the region. The last FIFA World Cup was held in 2018 in Russia. France was the winner. Does that mean France is the favourite to win in 2022?

Not necessarily. The fact is, it is way too early to tell who will win the World Cup. But we will tell you what some of the experts think.

The first competition for the World Cup was in 1930 and organized by the Federation International Football Association (FIFA). It was won by Uruguay. With the exception of the time during World War II, the competition takes place every four years.

It consists of international sectional tournaments leading to a final elimination event made up of 32 national teams. World Cup teams are not limited to players of a certain age or amateur status, so the competition serves more nearly as a contest between the world’s best players. Referees are selected from lists that are submitted by all the national associations.

Countries who have been in the World Cup the most

It helps you get a bit of an idea of who is always near the top of the list of possible winners when you look at countries that continually return to competition. The following countries have been in the World Cup events the most number of times:

Who played and what were the final scores in the World Cup games?

Times have changed since the World Cup began. The rules of the game are the same but travel, fans, equipment, and technology available to make us more effective have certainly given us an edge.

The following list contains the information of each country represented since 1930 for the World Cup. It also tells you what the final score was.

Who has the best odds?

It is very hard to advise who has the best odds at this point. The fact is, you can look at 50 different places and get at least 30 different answers. ESPN is known around the world as a qualified sports reporting network. They have been taking care of getting sports information to the world of sports since 1979. This makes them a trusted source. The following information was reported by ESPN.

Just a few hours after France defeated Croatia in the 2018 World Cup final, Westgate Las Vegas Superbook opened odds on the 2022 World Cup. This was four years before the tournament was scheduled to be played. It will be held in Qatar in the winter of 2022.

Five-time World Cup champion Brazil opens as a favourite. The odds in their favour are 6-1. This is not a huge surprise. Brazil usually opens at or very near the top in predictions for the World Cup Championships. They have a proven record that cannot be ignored. They are followed by France at +650. It is noted that France, the current World Cup Championship holder, is predicted as the favourite by others.

The United States didn’t qualify for a World Cup for the first time since 1986. Instead, they opened as a 60-1 long shot.

The countries with the longest odds are Georgia and Guatemala. Each carries odds of 2,000-1.

A long way to the championship

There are a lot of teams and countries from around the world gathering to compete for the World Cup. The trainers and coaches have been working for the past several years to get the players ready. The players are going to give it 100% of their mental and physical abilities.

They have trained to focus on the instruction of the couch. Their dedication to their sport affects everything they do. A lot can happen from the first game to the end game. You may have your favourite and the pros may be telling who to place your bets on. But all the teams in the championship are good. So, anything can happen! 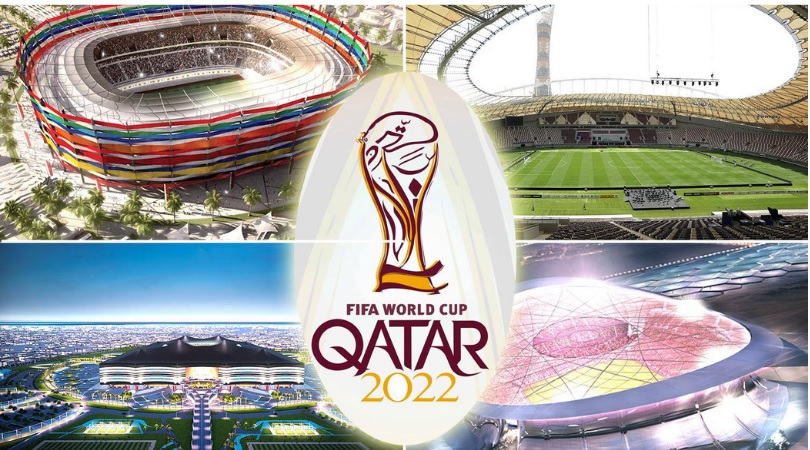