Chelsea is going through one of their most difficult spells in recent history, with the club sitting 10th in the Premier League, a goal difference of 0 and closer to the bottom of the league Southampton than London rivals and league leaders Arsenal. However, current manager Graham Potter still deserves the patience and backing from the board and, more importantly, the fans.

The former Brighton manager had his release clause activated by Chelsea for a reported £16 million fee to replace Thomas Tuchel, who had run out of favour with the new Chelsea hierarchy, making Potter the most expensive manager of all time. The Englishman was awarded a 5-year contract, with Todd Boehly stating that he believed Potter “fits our (Chelsea hierarchies) vision for the club”, but statements like this contradict every decision made by the Chelsea hierarchy since Potter’s appointment.

This piece isn’t going to entirely excuse Potter because, despite the numerous problems at Chelsea and the awful luck they’ve received on the injury front, results such as last night’s against a Fulham side who were without their main talisman in Mitrovic are simply unacceptable. Potter needs to adapt to what he’s got for the time being and demonstrate the innovation and creativity that got him the job in the first place, but his struggles will only worsen if Chelsea’s long-term strategies and philosophies as a club don’t change.

Potter was a revelation at Östersund, who sat in the fourth-tier of Swedish football in 2010 before the then Swansea assistant was appointed; by the time he left the club, they were a well-respected and established team in the top flight and could boast European wins against Galatasaray and Arsenal. Potter’s team was lauded for their brilliant passing-style play, which they achieved on a tiny budget.

These same characteristics were present in Potter’s Brighton side over the past three seasons, but this Chelsea side is devoid of any such traits.

They lack any defensive stability, with injuries and poor form hindering Potter’s ability to establish a consistent backline over several fixtures; furthermore, bar Thiago Silva, an equal lack of leadership in the defensive unit despite the average age of last night’s backline being 29.4. It can be argued that Chelsea is without Reece James and Ben Chilwell, which would bring that average age down and increase the quality massively, but there shouldn’t be such a disparity in age and quality between those two and their deputies in those positions.

It has been clear for a while now that Cesar Azpilicueta, 33, is struggling to deal with the pace of the modern game. The Spaniard has been a great servant to the Blues and is one of the most consistent defenders in the league over the past decade, but his lack of pace and physical presence makes him a target for every opposition he comes against.

The decision by the Chelsea board to reward him with a two-year contract amid interest from Barcelona last year is another example of irrational decision-making from an inexperienced board. Chelsea has an exceptional youth academy and a manager who is renowned for promoting such youth, but the opportunities for Potter to promote and integrate younger players are being limited and hindered by Chelsea recruiting and retaining older players such as Azpilicueta and Aubameyang who aren’t actively contributing to the first team in any meaningful way, but represent a significant financial investment from the club and so cannot be dropped by Potter.

In a situation like this, Potter would do well to look at Mikel Arteta and how the Arsenal manager ruthlessly removed all players from his dressing room who didn’t fit his tactical system, didn’t align with his philosophies and values and didn’t demonstrate respect for his and his staff. Potter may be out of his depth when dealing with ego and experience in a changing room, but he has to stamp his authority within this squad and remove any players that aren’t crucial to his plans.

Whilst retaining older players for too long has become an issue, an equally important issue is the recruitment of new players. Chelsea has been glutinous, unfocused and irrational in their recruitment process since the new owners took control of the club. Since taking over Chelsea, Boehly and his board have signed:

These signings have left Potter’s squad bloated in some areas and sparse in others. Despite both Kante and Jorginho’s contacts expiring shortly, there has been no investment into the midfield during the last window, and it has shown. Although Ngolo Kante has been one of the best midfielders in the world for several years, he has struggled to maintain fitness over the past two seasons, and it feels like he is coming to the tail end of his career; even though we have already established the results of holding onto a player for too long due to their prior service to the club, Chelsea is looking to extent Kante’s contract rather than find another suitor for the French midfielder and reinvesting the money into a younger replacement.

Potter is trying to build his machine but has been given old parts from previous managers’ creations. The same can be said for Gabonese veteran Aubameyang, who was demanded by Thomas Tuchel, only for the German to be sacked just weeks after his arrival. The former Arsenal and Barcelona striker doesn’t fit Potter’s system and has fallen out of favour in recent weeks, as he was subbed off in the 69th minute against Manchester City for youngster Omari Hutchinson, despite being subbed on for Raheem Sterling earlier in the fixture – an embarrassing moment for everyone involved with bringing Aubameyang to the capital.

No signing summarises Chelsea’s recruitment like their latest acquisition, Joao Felix. The Portuguese superstar recently signed a six-month loan deal from Atletico Madrid for a reported fee of €11 million and another €7 million in wages, meaning that Chelsea is paying around €600,000 for every game the youngster plays. Last night, it looked to be money well spent. Until it very much wasn’t…

Felix was Chelsea’s brightest player last night, but his high challenge in the 58th minute saw straight red and turned what was a promising performance into nothing more than a cameo appearance. Felix will be suspended for the next three fixtures against Palace, Liverpool and Fulham. Therefore, when he next kicks a ball wearing a Chelsea shirt, he will have served a quarter of his loan.

The singing of Felix has caused some debate amongst fans, with most asking for a ‘true’ number 9 to replace the injured Broja, who ruptured his ACL, ruling him out for the rest of the season. Felix falls into a similar archetype as Kai Havertz, who has found goals hard to come by recently; with both players seemingly failing to fall into either the traditional number 9 or 10 roles and playing their best football in the spaces in-between, so again it begs the question, did Chelsea need Felix, or did they acquire him for the name rather than the ability to fill a void in the team?

Chelsea had looked comfortable until the incident but couldn’t hold out as former Spurs striker Carlos Vinícius headed home in the 73rd minute to give the home side all three points after Kepa Arrizabalga was caught in the dreaded ‘no man’s land’ once again. This isn’t the first time Keep’s indecisiveness has cost Chelsea, with criticism over his passiveness in coming to claim Jack Grealish’s cross to Mahrez last week, which ultimately decided the game.

Chelsea head back to the bridge in their next fixture against Crystal Palace, who have just come off the back of a 4-0 defeat from Conte’s Tottenham. This is a chance for Potter to pile on the misery, and show that he has the ability to step up and become the Chelsea manager many thought he could be; whilst Potter has the public backing of the board, this is a results business and it feels like the good faith left within the Chelsea hierarchy and fanbase is beginning to run thin.

Chelsea fans may be unfamiliar with the position they’re currently in, but rebuilding is an excruciating process at times. Things will have to get worse before they can get better. Graham Potter needs a balanced and functioning team, not a group of All-Stars assembled as a vanity project. 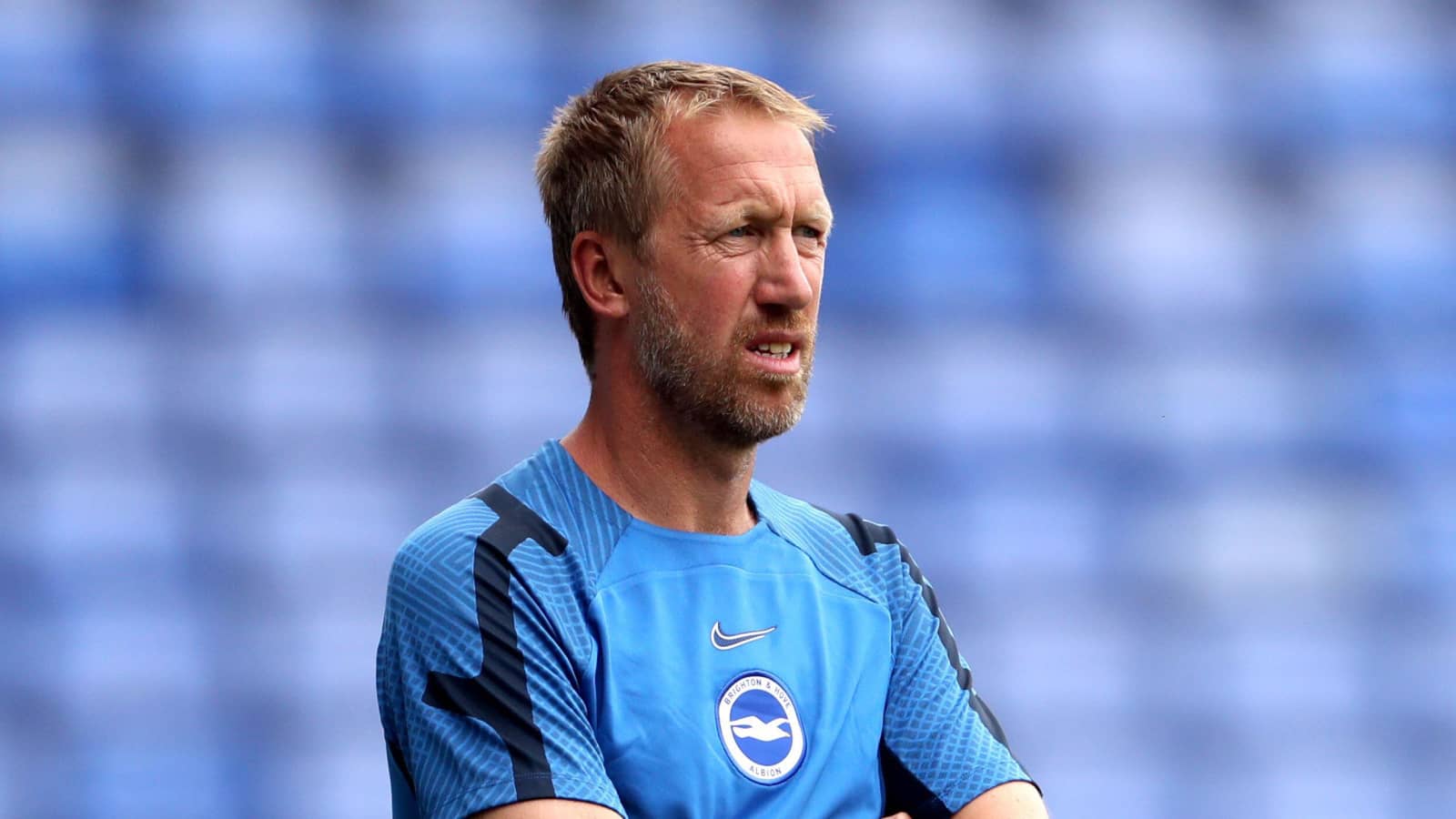