José Mourinho is set to take charge of Italian giants AS Roma, The Portuguese Manager was sensationally sacked by Tottenham Hotspur but has now found a new home in Italy. So, It’s fair to say ‘The Special One’ is back again.

The club decided to part ways with their current coach Paolo Fonseca and appoint Mourinho as his successor. His reign will start from 2021-22 season.

Mourinho has signed a three-year deal at the Stadio Olimpico, This is what Mourinho has to say through the official Roma website.

“Thank you to the Friedkin family for choosing me to lead this great club and to be part of their vision,” Mourinho said.

“After meetings with the ownership and Tiago Pinto, I immediately understood the full extent of their ambitions for AS Roma. It is the same ambition and drive that has always motivated me and together we want to build a winning project over the upcoming years.

“The incredible passion of the Roma fans convinced me to accept the job and I cannot wait to start next season.

“In the meantime, I wish Paulo Fonseca all the best and I hope the media appreciate that I will only speak further in due course. Daje Roma!”.

It is reported that Tiago Pinto, the AS Roma general manager approached the Portuguese just a day after his sack from Spurs and have started the initial talks followed by a meetings with the club chairman to finalize things.

“When José became available, we immediately jumped at the chance to speak with one of the greatest managers of all time,” said Tiago Pinto.

“We were blown away by José’s desire to win and his passion for the game: no matter how many trophies he has won, his primary focus is always on the next one. He possesses the knowledge, experience and leadership to compete at all levels.

“We know that in order to build a successful sporting project it takes time, patience and the right people in the right positions. We are supremely confident that José will be the perfect coach for our project, for both our immediate and long-term future.

“Together with the vision and ambition of Dan and Ryan Friedkin, we will build the foundations of a new AS Roma.”

This comes as a surprise because Mourinho has recently signed a punditry contract with some media agency to cover this years Euro’s.

Roma has been very poor in the big games this season they seem to fade away a lot in crucial ties, their defence is very shaky despite Fonseca moving to Back-three. Roma after their loss to Sampdoria are officially out of the equation for the UCL places and they might also have to struggle for Europa League places.

Roma’s attack is considered to be very good with attacking talents such as Mkhitaryan and Pelligrini running hot in Serie A this campaign but it’s their defence that lets them down.

AS Roma are no longer the European giants they were in the past and has fallen off the ladder pretty badly. It’ll be fair to say if you offer Mourinho with Roma job three years back he would have straight-forward rejected it but the situation has changed drastically over recent years.

This move certainly struck the Football fans by a bit of surprise as fans predicted that he would only get offer for the National team jobs after his disaster-class man-management at Spurs, Man United, and Chelsea, and many believe he’s left behind by the modern game. His constant moves to the rivals have soured his relationship with his legacy fans.

They may not be big as the elites as Real Madrid, Inter, Juve but they are a club with immense history, a great fanbase, and great players have graced the Stadio Olimpico down the years.

Over recent years the Italian clubs have tried to move on from their tradition to make with the modern game’s intensity. Clubs such as Atalanta, Sassuolo are striving hard to lay the foundations and Juventus has also decided to follow the new approach which obviously takes time.

Mourinho to Roma would be an excellent move for Serie A and the club if business side of things like commercials, brand value are considered but It will also make things interesting in the league. On one side we have the modernizers in Sassuolo, Atalanta, AC Milan, and Juve also trying to follow the suit and on the other side, we have the old thugs in Inter Milan, Lazio. I predict Mourinho’s Roma to follow the old thugs’ route.

Verdict: Will Mourinho succeed at Roma

Jose Mourinho and Italian football might turn out to be a happy marriage as he’s still highly regarded back in Italy and is the only manager to have won the treble in Italian football history.

His style of play may translate better to Italian football, as we have seen this year the case for Antonio Conte’s Inter Milan which is filled with veterans such as Alexis Sanchez, Ashley Young, etc, and also their style of play is also not that pleasing to the eye. Over Italy, it’s more about the winning mentality and defensive solidity.

The Giallorossi have the creative assets to suit Mourinho’s counter-attacking style of football. They’ll need the defensive leaders and a system that will make them compact to lay the foundations to upset big sides.

Roma doesn’t have an enormous budget and financial resources are also limited. So maybe we’ll see a back-to-basics Mourinho raising unheralded talents and making the most of the available resources. A club like Roma has to be smart to rise again in Italian football scenario.

Mourinho is fortunate to have talents such as Zaniolo, Pelligrini, and Spinazzola among the Roma ranks. There are doubts about how he would treat his old boyz in Pedro, Smalling and Mkhitaryan and there are reports that there’s no love lost between them.

The Big question is can he change his man-management style, can he galvanize the dressing room and deliver results, look over Italy there’s immense pressure on top clubs such Juventus, Milan clubs, Lazio, Napoli, Roma to deliver the goods, but as we know “the special one” thrives on criticism and controversy that’s another point that ticked for him.

Roma fans will love him even if he delivered the Europa League or a cup, that will be termed as success next season. But to reinstate Roma into an established European giant would be the aim over the longer term and the club hierarchy has cleared their intentions that they will not be complacent finishing 7th every year.

It will interesting to see how he can develop the current hapless Roma side into a giant again.

Will this move be a success?, Do let us know your opinions in the comments below. 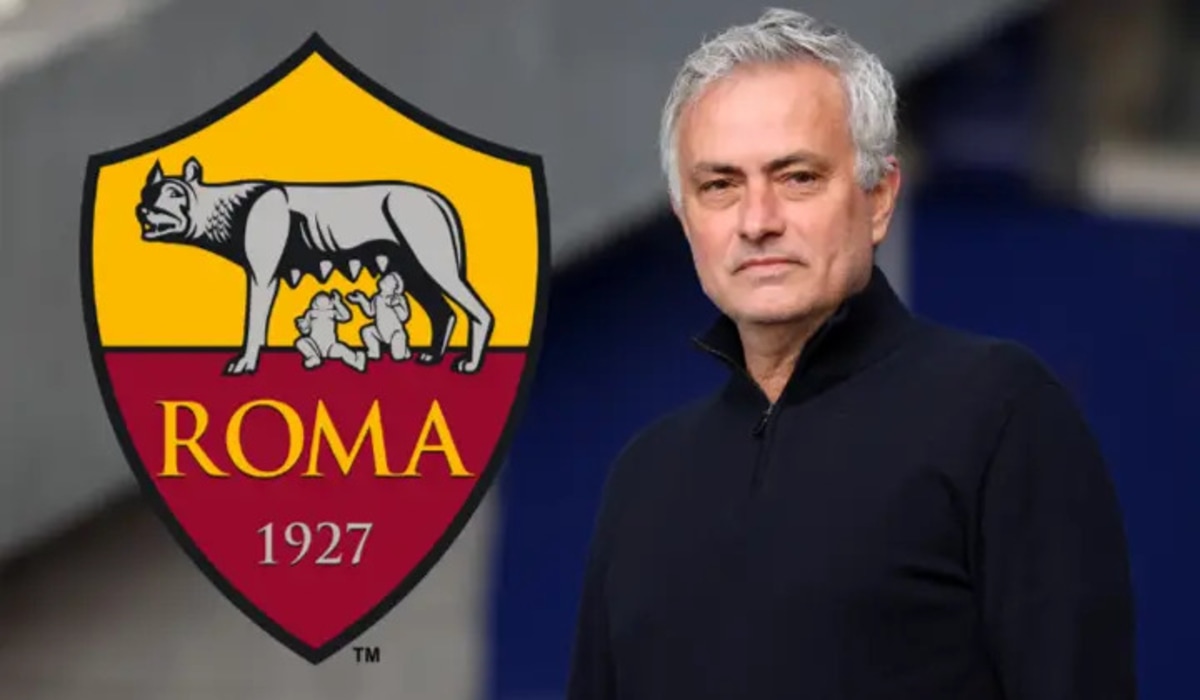