Next week sees the return of the Wimbledon Tennis Championships after a long two year absence. The tournament will start on Monday 28 June and run until Sunday 11 July.

The crowds will be limited in capacity this year and the famous Wimbledon queue will not be twisting its way into the grounds.

In a bid to prolong his career, semi-finalist at the 2021 French Open and twenty-time grand slam champion, Rafael Nadal has decided to withdraw from the Wimbledon Championships after consulting his team. Nadal has also withdrawn from the Tokyo Olympics and will focus his efforts on the 2021 US Open that begins on Monday 30 August.

It is not yet clear if Dominic Thiem will be able to play this year’s tournament. Thiem retired from his match against Adrian Mannarino in Mallorca with a wrist injury after being up 5-2. The initial scan on his wrist proved inconclusive and he will visit a specialist in Barcelona to determine if he can compete at Wimbledon.

Since his US Open victory last year Thiem has not had the best run, falling in the fourth round at the Australian Open and the first round at the French Open. He has reached the quarter-finals and semi-finals in a couple of ATP Tour events but beyond that has failed to repeat the highs of his 2020 season.

Novak Djokovic, who won his nineteenth grand slam title by winning the French Open in May, defeating Stefanos Tsitsipas in five sets, will be the favourite in the men’s draw to triumph at Wimbledon.

Djokovic won the Australian Open earlier in the year and also claimed victory in Belgrade and at the Italian Open in the weeks preceding the French Open.

Djokovic plays the semi-final at the Mallorca Open today, facing off against Carlos Gómez-Herrera. He heads into Wimbledon with plenty of match practice and a bundle of confidence.

Tsitsipas will be a serious contender for the title though he has never passed the fourth round at Wimbledon. He is in superb form with a runner-up at the French Open, a win at the Lyon Open, the Mexican Open and Miami Open and a semi-final placing at the Australian Open, so is well positioned to go further in the tournament this year.

Roger Federer, one of the most prolific winners in the history of the game with twenty grand slams singles titles to his name, including eight previous Wimbledon titles, is hoping to claim his first victory at Wimbledon since 2017, when he beat Marin Cilic in straight sets in the final.

Federer underwent two knee surgeries and a lengthy spell of rehabilitation in 2020. He intended to make a return to competitive play at the 2021 Australian Open, however due to quarantine measures he and his team decided to miss the first grand slam of the year.

Federer was set for a match against Mario Berrettini in the fourth round of the 2021 French Open but pulled out in order to protect his long term health and ensure he is at full fitness to perform well at Wimbledon.

Daniil Medvedev, the number two ranked player in the world will be around deep into the second week of the tournament.

At the 2017 championships Medvedev came into the tournament unseeded and defeated Stanislas Wawrinka in five sets, whom at the time was ranked number five in the world. He played another five setter in his next match but could not advance further than the second round.

In 2018 Medvedev was unseeded and advanced to the third round and the following year, seeded number eleven, he also only got as far as the round of thirty-two.

It will be the first time he has come into the championships as one of the top five seeds.

Matteo Berrettini could prove to be a real challenger for the trophy. He is heading into Wimbledon with a win at the Queen’s Club Championships, having dispatched some quality players in the process.

Berrettini has won two titles on grass, his other coming at the 2019 Stuttgart Open.

His previous best finish at Wimbledon was a fourth round appearance in the 2019 championships.

This year Berrettini has had some other good performances, including a quarter-final finish at the French Open and a final showing in the Madrid Open where he played a close-fought match against Alexander Zverev.

Zverev has also had some very good finishes in 2021, making it to the quarter-finals of the Australian Open and the semi-finals of the French Open. He goes into next week seeded sixth.

Nick Kyrgios was intending to travel from Australia two weeks ago. However, a neck and shoulder concern postponed his departure and he will arrive in London without any grass tournament preparation.

Kyrgios has fallen outside of the top fifty rankings for the first time since 2014, but this decline is more due to a lack of competition rather than a lack of form. The only tournament he has played this year is the Australian Open where he made it to the third round, losing out to Thiem in a thrilling five setter.

Grass is Kyrgios’ favourite surface, so a lack of preparation should do little to halt his endeavours.

Kyrgios’ compatriot, Alex De Minaur, on the other hand has had plenty of grass-court preparation with a quarter-final placing at the Stuttgart Open and a semi-final finish at the Queen’s Club Championships.

De Minaur is currently competing in the Eastbourne International.

Yesterday he defeated Liam Broady 6-3, 6-4 in the round of 16 and will face Vasek Pospisil this afternoon in the quarter-finals.

Andy Murray, the 2013 and 2016 Wimbledon champion, could be playing in his last Wimbledon this year so he will be hoping for a strong performance.

Murray lost in the second round at the Queen’s Club Championships last week against eventual champion, Berrettini.

Murray had a training session with Cilic yesterday morning and is set to practise with Federer later in the week. Hitting against some of the best grass-court players in the tournament lead up can only help in his efforts to complete the hat-trick at Wimbledon.

In the women’s draw, number two seed Naomi Osaka has withdrawn from Wimbledon due to depression and anxiety, which also played a part in her decision to withdraw from the French Open at the start of June.

Osaka plans to return in time to represent Japan at the Tokyo Olympics.

Number one seed and 2013 Wimbledon finalist, Ashleigh Barty has been playing some stellar tennis this year but has had her battles with a hip injury in the lead up to the championships.

She got through to the quarter-finals of the Australian Open, won the Miami Open, the Stuttgart Open and finished runner-up in Madrid. Due to injury she had to pull out of the French Open in the second round.

Despite her grievances she is still one of the favourites to win.

2021 French Open singles and doubles champion, Barbora Krejčiková will be the number fifteen seed heading into next week.

Krejčiková has never played in the main draw of the singles at Wimbledon, however she won the doubles title in 2018 therefore is no stranger to performing well on the grass-courts. Her previous attempt to enter the singles draw in 2017 saw her knocked out in the second round of qualifying.

Number two seed and defending champion, Simona Halep will be competing for the first time since she withdrew with a calf injury at the Italian Open in Rome a month ago.

Aryna Sabalenka is seeded third and has had a reasonable build-up to next week’s tournament.

At the Grass Court Championships Berlin, Sabalenka lost in the round of 16 to Madison Keys in three sets. She is currently competing in the Eastbourne International and will play Camila Giorgi in the quarter-finals later today.

Sabalenka’s best performance at Wimbledon came in 2019, where she reached the quarter-finals.

Elina Svitolina, who is seeded fourth heading into next week, hasn’t had many high finishes recently but she has a good record on grass.

In 2019 Svitolina made it to the semi-finals of Wimbledon and most recently in the Stuttgart Open she had a close three set battle with Ashleigh Barty in the semi-final, narrowly missing out on a final appearance.

Coco Gauff, who advanced to the fourth round in her first appearance at Wimbledon, will be another name to look out for.

Gauff has also been playing well recently, including a quarter-final finish at this year’s French Open coming up against the eventual champion, Krejčiková.

Serena Williams will head into next week seeded seventh. She will be seeking her first grand slam since her victory at the 2017 Australian Open, and be trying to add to her tally of twenty-three grand slam singles titles.

If Williams is successful in taking home the trophy she will tie Margaret Court with the most grand slam titles by anyone to have played the game. 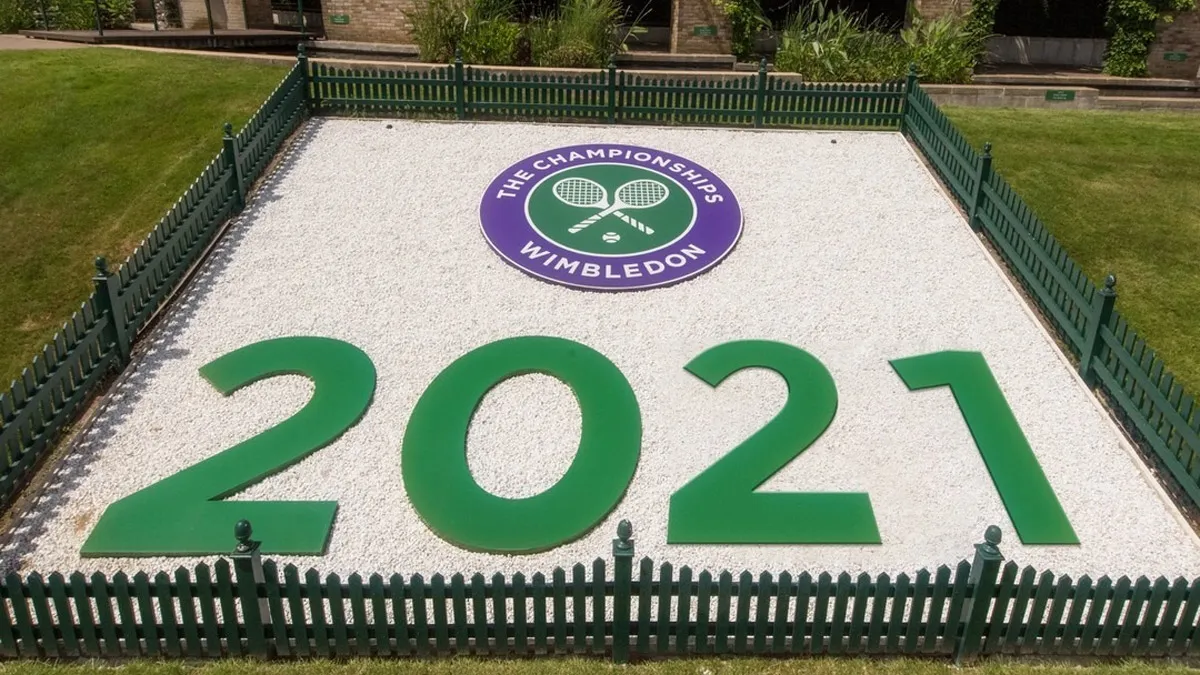