Earlier this week, I sat down with Ekaterina Prokofyeva to have a little chat, reflecting on the recent World League Finals, as well as to discuss the upcoming Olympic Games in Tokyo.

If you were to ask any Russian to describe their ideal water polo player, they would probably be giving an exact description of Ekaterina Prokofyeva. Fearless, strong and smart, Prokofyeva’s technical ability is as good as any in the women’s game.  She explained, “I am a mobile striker. In the water, I want to score and give beautiful passes”. She has certainly scored many important goals and made countless beautiful passes throughout her outstanding career.

When it comes to the impact Prokofyeva has in the big games, there is no doubt she is amongst the world’s very elite. But the Russian doesn’t rest on her laurels. Ekaterina constantly works to take her game to the next level.

“Every day I try to improve my game, I work a lot in training to enable me to do what I want to do in the water and to ensure that fatigue does not distract me from both attack and defence.”

It was a joy to see Prokofyeva in action again last week in Athens during the World League Finals, in which Russia won the bronze medal. But Ekaterina was not satisfied with finishing third: “I wanted to fight for gold. But the stability of third is not bad”. She was spot on with that assessment. Russia had barely faced another international team before Athens because of the COVID-19 pandemic, she explained. “We played one game in March only and then Athens”. All things considered, they did very respectably.

You would not immediately associate Prokofyeva to be the superstar that her playing career suggests she is. She goes about her own business with the minimum of fuss: humble, selfless and quiet, often with an endearing smile. You can visibly see how much she enjoys competing and from speaking to her you can see how much she loves the sport. She declared with a feverish smile, “I love water polo. It’s my passion”.

She certainly loves every second in the pool, but the competition is something she takes very seriously. Nowhere is her sincerity more evident than in her pre-game warm-ups. Sometimes with a latex band and often with earphones in – you can see in her eyes that she has a raging determination to be at the top of her game as captain for both club and country.

Also in her eyes, you can sense a tenaciousness to win, and she has certainly done that. Her club, KINEF Kirishi, are the dominant force in Russian women’s water polo, winning the last nineteen national titles, twelve of which Prokofyeva has played a significant part in securing. In addition, she played a huge part in KINEF’s back-to-back Euro League victories in 2017 and 2018. With the national team, she has won two European Championships (2008, 2010) as well as a World League (2008). 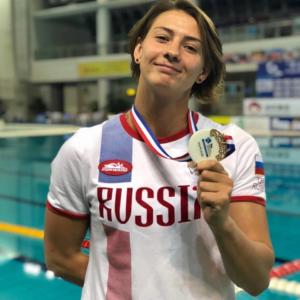 Given how decorated the thirty-year-old is, it’s hardly a surprise that Prokofyeva hasn’t left Russia for one of Europe’s other top leagues, but it’s something I put to her. “I thought about it,” she said. “But I asked, how can I do without it? It’s turned out that staying with this club has  heavily outweighed leaving.”

“The team at KINEF have trained together a long time. It’s a good, well-coordinated club, with good conditions and many titles. It’s not for nothing that I’ve been playing for it for 11 years”

She did admit that several of Europe’s biggest clubs did come knocking for her to sign with them. “I have received an offer more than once.” But when I asked who had made the offers, she politely declined to answer.

For all Ekaterina has won, an Olympic gold has alluded her. She did win the bronze medal in Rio, but her aim is to win gold, and she believes this Russian team can. “Our goal is to become Olympic champions. I think this is the case for any athlete. I think that Russia does have a chance to fight for medals at the Olympic games”.

Tokyo will be her fourth Olympic Games, having competed at her first in Bejing in 2oo8. But her country will have to knock a formidable USA off their perch if they are to be crowned Olympic champions –  with the USA  looking to win their third Olympic gold in a row.

But Ekaterina believes Russia can do just that and win their first Olympic title in the water polo pool. “The USA have a very good team, but I think there are chances to beat the United States,” but admitted, “work needs to be done.”

Some may be aware of Ekaterina’s Youtube channel, where she posts short clips online of herself performing technical drills and training workouts for everyone to access.

Her videos are not only a hugely useful tool for young players looking to improve technique, but they also reiterate her love for the game and emphasize her true professionalism in acknowledging her role in making water polo more accessible for all.” I just wanted to share my knowledge” she said. “I understand that not everyone has role models that they can watch!” She added, “I thought it was a good idea for the whole water polo family. After all, now so many people are sharing their knowledge and I think this is great”.

Away from water polo, Ekaterina is, in her own words, just like everyone else. “I am an ordinary person. I love to travel, I love nature and if possible I try to go hiking as much as possible”.  She continued “I love to go shopping. I go to theatres, art galleries and other big events”. 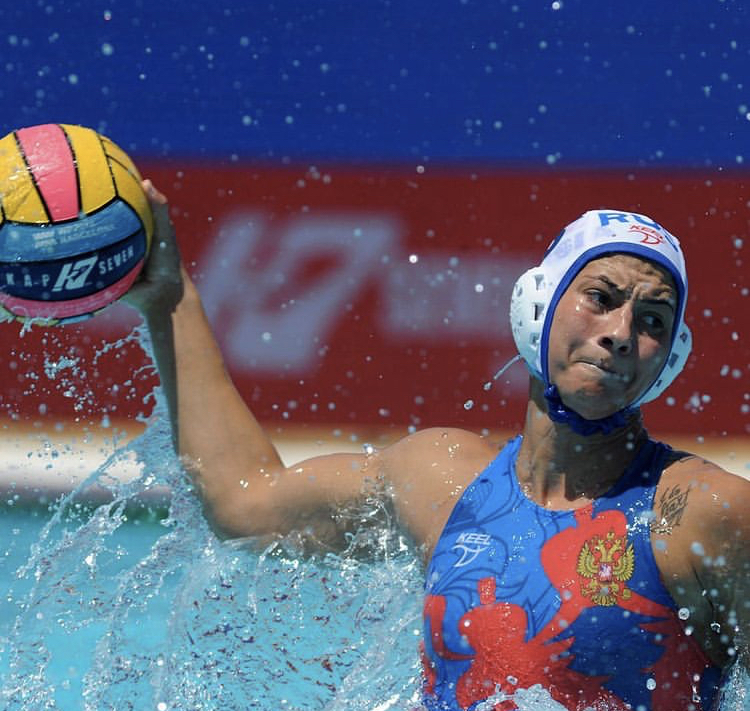