Jon Rahm found himself three shots behind the leaders heading into the final round of the 2021 US Open, after rounds of 69, 70 and 72.

Rahm got off to a fast start, beginning his day with two consecutive birdies. He stumbled momentarily with a bogey on the fifth hole to fall back to 3 under par but a strong finish to the front nine, with four pars and a birdie saw him make the turn in 33 shots.

At 4 under par for the championship, Rahm was joined by a cluster of players who also navigated the front nine well.

Brooks Koepka and Collin Morikawa both played the front nine in 32 shots to sit at 3 under par and 4 under par respectively.

A double bogey and bogey on the thirteenth and fifteenth holes saw Morikawa’s chance for victory fade. Too many bogies from Koepka on his back nine meant his hopes of the title also disappeared.

Rory McIlroy shot a solid 1 under par front nine to find himself at 4 under par for the tournament. McIlroy had a chance to tie the lead with a birdie on the par-5 ninth hole but his putt shaved the left edge of the cup and he settled for par to remain one back.

Unfortunately for McIlroy a bogey and a double bogey at the eleventh and twelfth holes extinguished his dreams of a long-awaited fifth major title. He finished at 1 under par for the championship in tied seventh position.

Bryson DeChambeau carded two birdies and seven pars on his front nine. Another par on the tenth hole saw him tied for the lead on 5 under par and well positioned to claim another US Open victory. However a horror seven hole stretch resulted in eight dropped shots, including a double bogey at the par-5 thirteenth hole and a quadruple bogey at the par-4 seventeenth hole.

DeChambeau would fall to 3 over par and be tied twenty-sixth to end his week.

The lowest rounds of the day came from Branden Grace, Patrick Reed and Rahm, who each carded a 67.

Paul Casey carded the best weekend score with rounds of 67 and 70 to end the tournament on 1 under par and sit alongside McIlroy in tied seventh position.

Overnight co-leaders Russell Henley and Mackenzie Hughes shot rounds of 76 and 77 respectively to fall out of the top ten.

As many in contention stumbled on the back nine Rahm remained composed and carded seven straight pars from the tenth hole, heading to the seventeenth.

On the seventeenth hole his drive found the bunker off the tee. He played an exquisite shot out of the sand to just under 25-feet. Faced with a big swinging left to right putt down the hill, he holed it in style and moved to 5 under par to tie Louis Oosthuizen at the top of the leaderboard.

Rahm needed birdie on the last hole to put the pressure on Oosthuizen who still had four holes left to play. He hit an excellent drive down the fairway to set up a long iron approach to the green.

Rahm’s approach shot faded slightly more than intended and came to rest in the green-side bunker. Making sure to avoid bringing water into play, Rahm directed his bunker shot to the right of the pin leaving himself an 18-foot putt for birdie.

Reminiscent of the seventeenth hole Rahm’s putt had a sizeable left to right swing to it. He made a beautiful stroke and the ball rolled perfectly into the bottom of the cup. Oosthuizen now needed one birdie and three pars coming home, to force a playoff.

A poor tee shot into the hazard on the seventeenth hole meant Oosthuizen would be scrambling for par. He hit a great shot from 130 yards to 10-feet to give himself an opportunity to remain at 5 under. He barely missed on the right side of the cup and would require an eagle on the eighteenth hole to force a playoff.

Oosthuizen could only manage a birdie on the last and would finish one shot shy of Rahm.

With his win this week, Rahm becomes the first Spaniard to win the US Open, a feat not even the late, great Seve Ballesteros achieved.

Heading into the next major, the 2021 Open Championship, which will be held at Royal St George’s, Rahm has a good opportunity to be the first Spanish player to win The Open since Ballesteros in 1988. 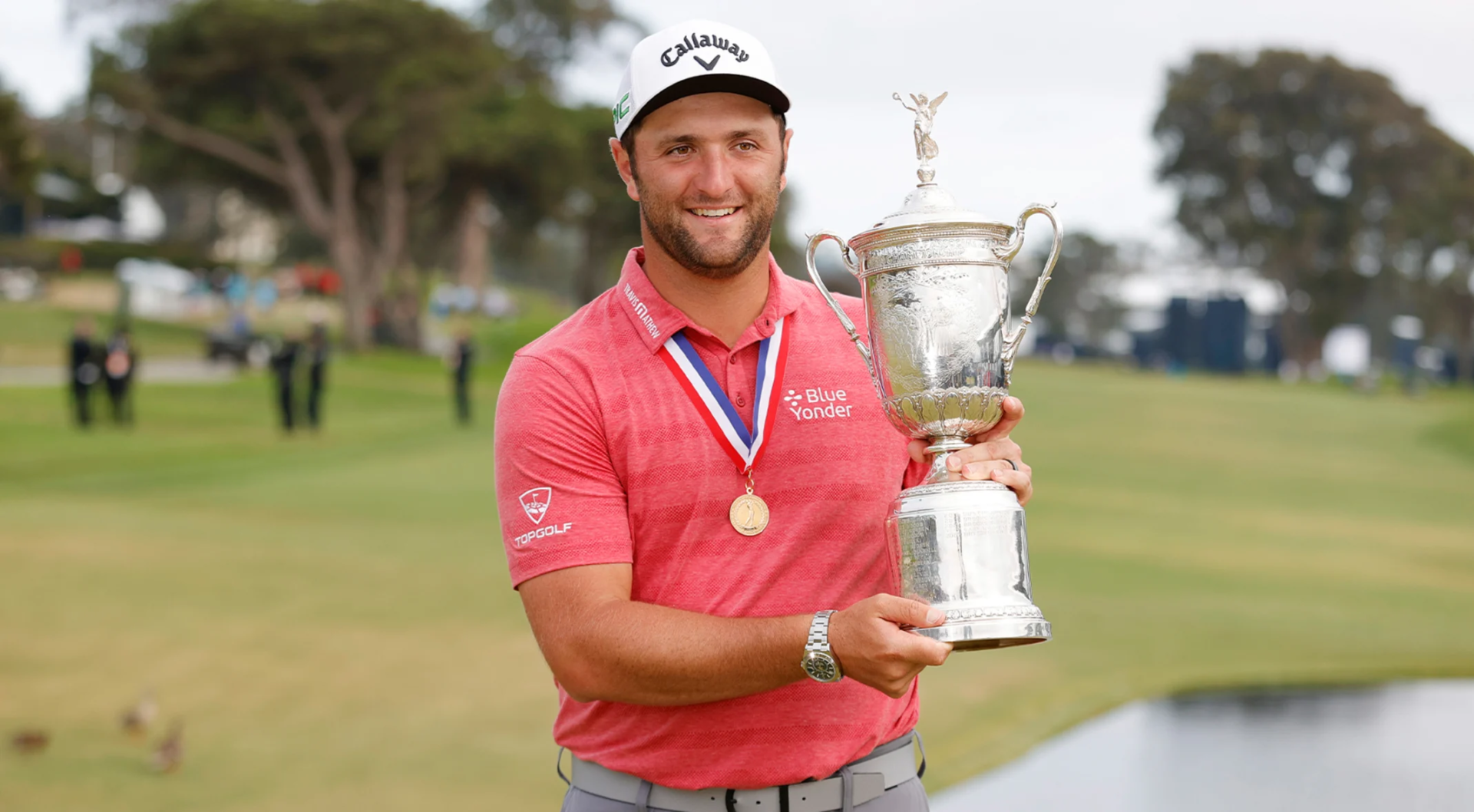