Now that’s how you fight back! Just yesterday I had mentioned how the signs looked ominous for the visitors before the Second Test began. The team had been dismantled for 36 in the second innings of the previous test and would be going into the test match without their best batsman and one of their frontline fast bowlers.

Rahane, the stand-in captain had a lot of puzzles to solve before the second test even began. There were questions around team combinations and the replacements that needed to be made. At the end of the first day, three of those replacements have already had a positive impact on the game as the hosts folded for 195. India ended the day at 36 for the loss of one wicket in a positive response to the Australian total.

Against what was a weakened bowling unit Australian Batting got exposed yet again as barring Manus Labuschagne and Mathew Wade no other batsman was able to stamp any sense of authority during their stay at the crease. Steve Smith failed for the second time as he was yet again a victim of Ravichandran Ashwin’s guile while the rest of the batting line-up looked unsettled at the crease.

There weren’t too many demons in the pitch but yet again the bowlers seemed efficient enough to take wickets at regular intervals as India’s combination of Ashwin and Bumrah broke the Australian top order and alleviated whatever pressure Mohammad Siraj might have felt when he came to bowl on his debut. The Australian Batting unit just doesn’t look the same in the absence of David Warner and they would be relying heavily again on their bowling unit to repeat the heroics of the first test.

The Experience of Bumrah and Ashwin comes to the Fore

4 for 56 and 3 for 35, that’s what the figures read for Ashwin and Bumrah who have, in the absence of Ishant and Shami taken the mantle of the bowling attack upon themselves and done heavy damage to the Australian Batting order. Bumrah made early inroads by removing Joe Burns for a duck but it was not until Ravi Ashwin came into the attack that things started to unravel for the Australian Batting unit.

First, it was wade who tried to take the attack to Ashwin, and then it was Steve Smith who was once again a victim of the guile and discipline of the off-spinner. The Indian attack, in the absence of Ishant and Shami, relies heavily on Bumrah, and Ashwin and the duo contributed admirably today and would be looking to do the same in the second innings.

Mohammad Siraj was the fifth bowler to be used by Rahane and he made the most of the opportunity in front of him. Siraj got the wicket of Manus Labuschagne who was arguably the only batsman that looked comfortable at the crease and then he proceeded to remove Cameron Green later in the spell. Throughout his spell, Siraj maintained a probing line and didn’t leak runs at any stage. On his debut, you couldn’t have asked for better returns from the quickie.

Rishabh Pant on his part made a return to the team and while he might not have made too much of an impact it was noticeable how his presence brought a different energy to the proceedings as he always had a word or two to say about what was happening in the middle. The chirpy little keeper kept everyone on their toes and you could feel a sense of positivity in the proceedings.

Rishabh’s real test would be the contribution he makes with the bat but if early signs are anything to go by, bringing in Pant in place of Saha has proved to be a positive move. And last but not the least, the other debutant in Shubman Gill was not out at 28 at the end of the day and it was heartening to see how assured he looked while facing Pat Cummins and Mitchell Starc of all people. Sure he had his moments and was dropped once but he looked far more composed than any of the Indian openers have looked so far on this tour.

The match is still not done and lest we forget India had a 60 run lead after the first innings in the First Test before they capitulated but as far as wresting the initiative is concerned the visitors have put the best foot forward in the second test. 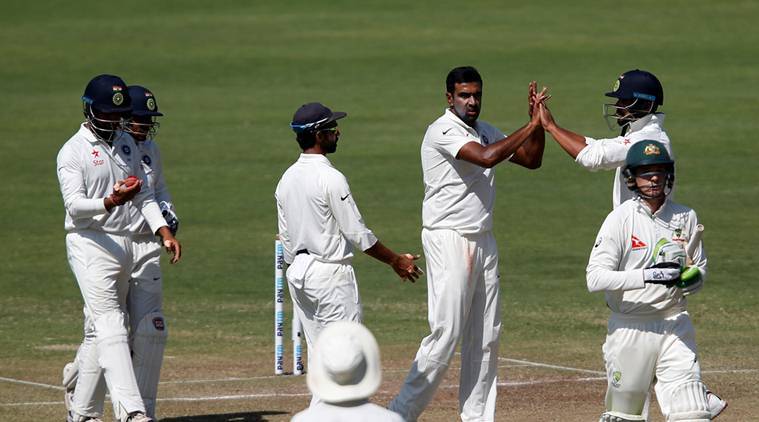