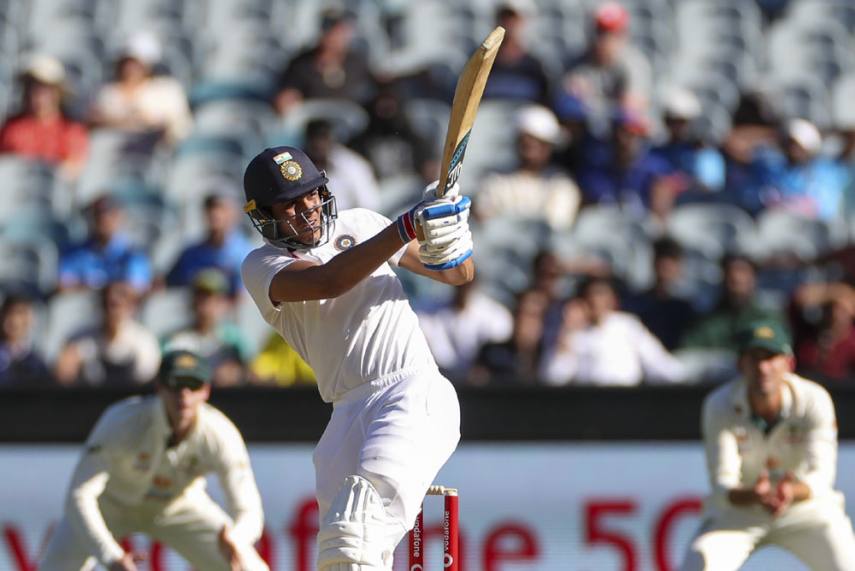 Mike Tyson once said: “Everyone has a plan until they get punched in the face.” India were on the receiving end of a Tyson Fury thunderbolt when they were dismantled on that third day at Adelaide. As thrilling as the Australian pace battery was, there was a feeling of being cheated. A game that was shaping up nicely, barely lasted two and a half days. It was hellfire after two days of an even fight.

The collapse killed the contest stone dead and, in a wider context,  there were worries that the series might go the same way too. Time has since crawled. It looks like the tourists have used it wisely to study how they can reshape their approach and dilute the pain of that extraordinary session.

That much is clear from the opening day of the second Test at Melbourne. Australia won the toss and chose to bat. At one point, they were 124 for 3 and the portents were a bit ominous, especially as a team with four changes and a new skipper might struggle if faced with a deficit of 300.

It may still be the case that the ghosts of “36” will come back to haunt the batmen still in the hutch. However,  to their eternal credit, the tourists rose to the challenge, catching the opportunities rather than spilling them in the night sky. They also bowled to very rigid plans to keep Marnus Labuschagne within range before he succumbed after 132 balls, again short of a 50. Steven Smith now has a series average of 1 from three innings and is being worked over by Ravi Ashwin of all people. Australia’s batting line-up continues to be a really uneven mix of out of place personnel (Matthew Wade opening?) out of form stars and a future global all-rounder who is a greenhorn at the moment.

The real star of the day was the one that remained the calmest at the crease. Shubnam Gill is a 21-year-old with a fair degree of expectation on his back. He also appears to have a fair degree of time and a rock-solid temperament. He was opening up within the last hour of the day against a hostile pace attack that had just skittled his teammates in 21 overs. True, he was dropped on 4, but after that, the youngster looked like he wanted to be there at the end. It wasn’t just survival as has been the way with this Test series so far. We saw a rollout of real shot-making to crucially keep the scoreboard ticking.

“Straight bat. High Elbow. Head still. Getting on top of the bounce” said former India opener, Wasim Jaffer, about the emerging talent. It looks like the Indians have found a star.  Just as Kevin Pietersen made a big impression on his first day against a rampant Australian attack with 28 not out at Lord’s 15 years ago, so did Gill, nudging up his first-class average up to near an astonishing 70 in the process. When poor Prithvi Shaw’s technique was picked apart by Ricky Ponting after his nightmare first Test, here was a young man who had already impressed Allan Border and Glenn McGrath with a technique that they were purring over. If they know he belongs, then he certainly belongs.

India will bat last and they will need runs and plenty more of them to try and force the issue. If we have learnt anything in the last few weeks, there will be almost unbearable pressure on the batting order second time around if they have to score anything north of 150 plus. The second day awaits. Let’s hope it isn’t the penultimate one. Slow-burning tension is the order of the times…..