Manchester United made the fairly long trip to London on Monday night to face their longstanding rivals, Chelsea on Matchday 26 of the English Premier league 2019/2020 season.

Both clubs were without a win in 4 matches and needed a win to boost their UEFA Champions league qualification prospects; The Blues were in 4th (where they’ve seemingly comfortably been all season) and the Reds were in 9th position, 6 points away from Chelsea and that coveted UCL place.

United, faltering in recent weeks and below Everton and Wolverhampton Wanderers, were in desperate need of a win to lift them back up the EPL table. Ole Gunnar Solksjaer masterminded three wins against Chelsea; two at Stamford Bridge last year, albeit both wins were in the EFL and FA Cups, and one win and a draw at Old Trafford.

Still, Stamford Bridge was a difficult place to come to and win, as Ole was looking for his third win over Frank Lampard this season.

Even more interestingly, never before had Manchester United completed an EPL double over Chelsea, even during the glory days of Sir Alex Ferguson and it was under Ole’s tutelage that United nicked it.

It has definitely not been a smooth-ride season for United, and even every other EPL club asides Liverpool; but this win must have surely gladdened the hearts of the United faithful, though some may still come for Ole’s head at the end of the season with Massimiliano Allegri and Mauricio Pochettino still out of job.

The match was a great one with three goals ruled out for Chelsea, two fine headers from Anthony Martial and Harry Maguire, some sublime passing from Chelsea, an improved attacking display from United, a good defensive display from United’s back three, two wonderful hit-the-post freekicks from Bruno Fernandes and Mason Mount and an early possible red-card incident for Maguire. It had all the thrills of a Chelsea – Manchester United game and Ole’s Reds once again came out tops.

With all the frills and thrills, these are five things we learned from Manchester United’s first ever Premier league double over Chelsea:

1. Ole Gunnar Solksjaer is a master tactician when it comes to matches against the league’s famed top-six. Once again, just as he had for most of the season, he managed United to an impressive, important win against his big rivals.

Ole has this season beaten Pep Guardiola, Frank Lampard, Jose Mourinho and is the only manager so far this season to have come away with as much as a point against Jurgen Klopp in the league. Still without Paul Pogba, Marcus Rashford and Scott McTominay, who have been increasingly important to the United squad in recent years, he still managed a win over Chelsea, his tactics spot on.

2. Eric Bailly is pushing for a starting spot in defence. With Victor Lindelof out of contention for the match through illness, Ole opted to give Eric Bailly his first league appearance this season, and the 25-year old took that opportunity with both hands with a commanding display in defence.

Bailly won 5 aerial duels, had an 85.3% pass accuracy, 3 blocks, 1 interception, 2 clearances, and even completed a dribble in the match (stats from 1xbet.whoscored.com).

He gave a good display with his aggression and speed reminding Ole and United fans of his quality and that he deserves to be starting for United. Ole would definitely have a selection headache when Lindelof is fit again.

3. Bruno Fernandes is United’s best set-piece taker, no caps. Asides the technical quality of his passing which became increasingly evident in the game, Fernandes showed everyone watching why Manchester’s Reds paid €55 million to get him.

Hitting the woodwork from a direct freekick and providing the assist to Maguire’s goal with a deliciously whipped corner kick to the centre of the box, Fernandes is the set-piece maestro United have missed in recent years. With an EPL assist now to his name, he would be looking to add more, with goals, to his account.

4. Fred is burgeoning. Frederico Rodrigues has been well criticised and rightly so, since his €60 million move from Shakhtar Donetsk almost two seasons ago now. Although he hasn’t yet justified that hefty price tag, his performances in recent weeks and months have showed just what kind of a player he can be.

On Monday night, his pressing, tight marking and ball winning came to the fore again as he had a very good performance. He totalled 3 tackles, 2 interceptions, 1 key pass and was the only United player to attempt 50 passes or more, with a pass completion rate of 82.1%.

He could have capped a fine performance with an assist had Jude Odion Ighalo been able to beat Willy Caballero. Fred has been growing in his time at Manchester and seems to be only getting better.with more matches, and displaying his quality especially in the big ones.

5. Signing Odion Ighalo was a smart move. United have all-season long needed that centre forward presence in the box and the lack of that was apparent on the night. Martial, for all his brilliance, is better coming in from the left flank, and that was where he was most impressive. Asides his beautiful header for the first goal, Martial was scarcely involved in the box.

He came back deep on the left consistently to help the attack and did arguably better when driving in from there. When Ighalo came in for his cameo late in the match, he provided that target man presence and, though he had only 7 touches, could have scored a goal on his debut.

He held up play quite impressively for someone who has not really played football for some months and has barely trained with the team. With more time on the training ground and on the pitch, he could be one missing piece in Ole’s United puzzle.

It is expected that with Rashford still out injured, Ighalo would be starting more matches and have more influence in United’s season run-in. He could at the end of the season prove Ed Woodward’s decision to bring him in on loan right, and as Ole said, get himself a permanent deal if he plays very well. 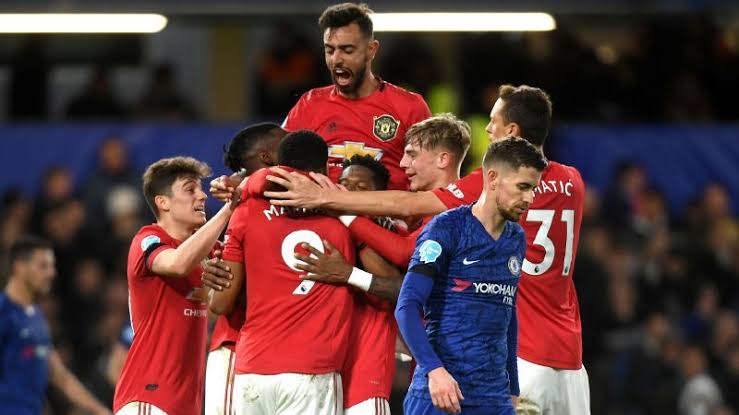