Women’s boxing has excelled to new heights in recent years but this year it has had more attention than ever before. The magnitude of Katie Taylor vs Amanda Serrano was one to behold, the sold-out Maddison square garden in New York was witness to not just an iconic and special moment for the female section of the sport but for boxing as a whole, and long may it continue.

A large part of the UK public will be aware of who current Matchroom promoted fighter and current IBF bantamweight champion Ebanie Bridges is but not that of her mandatory challenger and fellow countrywoman – Shannon ‘shotgun’ O’Connell.

The 39-year-old fights under ‘No Limit Boxing’ in Australia headed by Kostya Tszyu who is one of their continent’s most famous boxing names ever. She has compiled a record of 23-6-1 since turning professional in 2011 and has a much better resume than her counterpart despite coming up short on a few occasions.

Bridges vs O’Connell is set to take place on the undercard of Josh Warrington vs Luis Alberto Lopez on Saturday the 10th of December LIVE on DAZN at the First Direct Arena in Leeds. O’Connell hoped for the bout to take place in their home country of Australia and capitalise on the growth of the sport on that side of the globe as well as the rising popularity of the female branch. But with Bridges now based in the UK, she made it clear she wanted it to be held where she now resides.

Her promoter Eddie Hearn at Matchroom won the purse bid last month and now she has her wish of making her first title defence in Leeds. A bit of needle between the fighters over the last few months has added some spice to the build-up of an all women’s Australian world title fight that will have so much interest from both sides of the globe. Exciting times for both women’s boxing and Australian boxing.

In our conversation, Shannon talked about her mental health story and how real it is. She tells me of her excitement to be challenged for the IBF title and that it is at her preferred weight class where she feels more comfortable.

How excited are you to get a chance to fight for the IBF championship of the world?

I am extremely excited but thankful to the IBF for coming through with the right decision to bring the fight forward as well!

There’s been some needle between you and Ebanie Bridges since before you were announced as mandatory challenger to her IBF title, do you feel any animosity towards her or is it just business for you?

I think it’s very clear that we don’t like each other and it’s really just a clash of personalities. We have never actually met in person and she says I’ve dragged her name through mud but I’ve also heard all the things she said about me too, which started well before she even moved to the UK.

Do you feel her words are an attempt to damage your name by calling you a bully and insecure? What is your response to her saying that? as I’ve seen that mental health is a subject close to your heart would you mind telling us a bit more about that?

My mum suffered depression most of my life and eventually ended her own life 16 years ago. I’ve also in the past struggled with it and have watched and helped my son deal with some of his own demons. One thing I’ve learnt over the years is how “real” depression can be and how differently a suicidal mind can work. Anyone that says suicide is weak or an easy way out has definitely never been in the mind of someone struggling with it.

Your fight against Bridges will be held in Leeds, England in December. Are you disappointed that she has been reluctant to have an all-Australian world title fight in your home country? As the sport is growing for both women and in Aus by the day so it made perfect sense to do it there…

Obviously, the fight would have been huge in Australia and I would have thought it was a great way to bring eyes to Australian boxing but her supporters are in the UK and that’s cool I understand that she needs them but they won’t be in the ring fighting for her so it doesn’t really matter to me where the fight is. Once I win, I’ll proudly bring the title back and defend it in Australia.

The names on your record are of a higher calibre to Bridges’ so do you feel the experience you’ve accumulated as well as your skill set will be enough to bring the belt back home?

Yes, I believe my skill set and experience will definitely be enough. I’ve stepped up, travelled and fallen short before but the quality that I’ve fought has been miles above and it’s also never been at my preferred weight. I’m strong and more comfortable at bantamweight.

And Finally, tell the UK fans what they can expect from ‘Shotgun’ Shannon O’Connell.

That this fight is going to be exciting. We both have an exciting style of fighting so we will just see who gets the job done on the night! 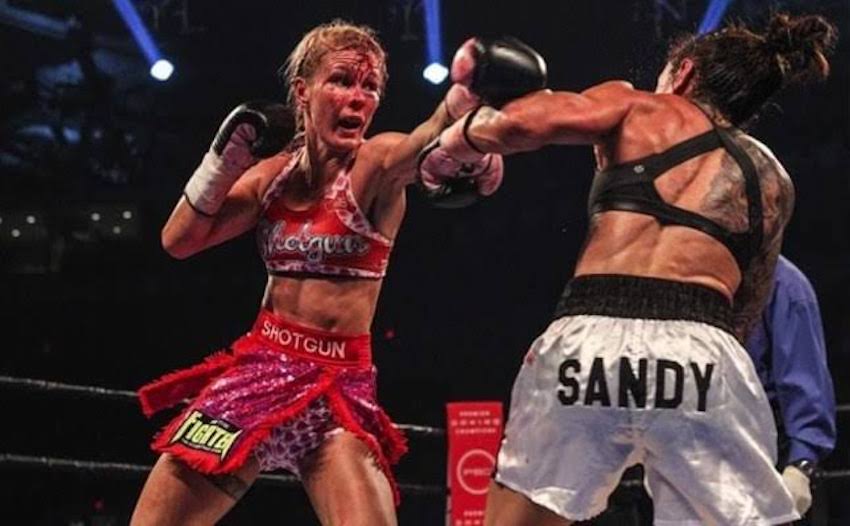