With Arsenal’s pre-season tour set to start, I feel it necessary to talk about the current state of the club especially given not only this past season’s end but also the underwhelming nature of the club’s transfer business so far off the back it. Hopefully, as a fan of the club who does not consider themselves wholly positive or negative, I can provide an insight into the factors which I believe have clearly divided the fanbase despite what many would have you to believe.

Mikel Arteta’s time at Arsenal is probably the biggest subject that divides opinion amongst the fanbase the former Arsenal player was appointed after the sacking of his fellow countrymen Unai Emery in early 2020. Though an apprentice of the best manager in the league his appointment did not excite many and for good reason, given that the man had no managerial experience and for a club like Arsenal at the time inexperience was seen as the furthest thing needed at the time.

Nevertheless, he was appointed, and despite a bumpy road to the end of the season which saw the gunners crash out to Olympiacos in the Europa League and finish 8th Arteta’s Arsenal won the Fa cup granting them Europa League qualification for next season. A crucial achievement given the club’s failure in the league which would have seen Arsenal out of Europe for the first time in over 20+ years something incomprehensible for a club of this stature.

But despite the ecstasy that fans felt from a great cup run and European football clinched that feeling quickly deflated after Arsenal had a poor summer transfer window signing the likes of Willian, Pablo Mari, Cedric, Runarsson, Partey, and Gabriel. Unfortunately for us fans, our feelings were not proven wrong given what would ensue. In Arteta’s first full season he finished 8th again and outside of Europe Arsenal’s first time since 1995 and broke all sorts of negative records (something which would also occur in the next season) with almost all of his signings failing to make any significant impact.

Regardless of that disaster of a season Arteta was not made to walk and remained manager eventually finishing 5th after an excess of 100 million spent this past season despite being relieved of the burden of European football in a season which saw Arsenal stay out of the champions league extends to six years. A season in which valid questions about Arteta’s adeptness in management were raised particularly his man-management, transfer dealings, and inability to set up well or find a solution when behind.

But along with this criticism, Arteta was praised by a section of the fanbase as well as journalists and pundits for his part in ‘improving the culture’ at the club and for finishing in a position Arsenal supposedly wouldn’t have been likely to achieve given their start to the season despite Arsenal being in pole positions throughout the season to finish 4th place ahead of rivals Spurs.

Personally, while I am a fan who leans towards the side which believes Arteta isn’t the man to return Arsenal to its former glory it would be futile to protest the man’s future given that he signed a 3-year deal at the latter end of the season even despite the poor form his gunners endured at the time. It is clear he is trusted despite his failures and hopefully, he can prove to be worthy of that trust in the upcoming season.

Unlike Mikel Arteta, Edu Gaspar is not a figure whose time during his return to Arsenal divides as much opinion between fans. In fact, the Brazilian at times has been blamed for not only Arsenal’s failure but Arteta’s as a manager given his hand in transfers. Under the director of football Raul Sanllehi the 44-year-old became Arsenal’s first-ever technical director. This action was met with positivity amongst fans given a former player who experienced the highs of the club could potentially help the club back to that position.

Unfortunately for Arsenal fans that so far has not proven to be the case. After over 350 million spent with the majority of those transfers failing to make the desired impact, Edu has come under fire for his poor recruitment. Along with this, Edu’s clear inability to not just sell players for a decent price but sell players, in general, has also earned him the scorn of the fanbase with numerous players leaving for free since his arrival with the most high-profile one being Pierre Emerick Aubameyang.

And despite his past failures at this current time things do not seem to be improving to the degree it needs to after a poor January window which saw Arsenal fail to bolster their squad which can be said attributed to their top four collapses Edu is still under scrutiny for his laxness in securing deals. An example of this is the current Raphinha & Lisandro Martinez situations, players who reportedly have been on Arsenal’s radar for some time as main targets yet the 44-year-old has failed to secure a deal with Man United, Barcelona, and Chelsea each reaching agreements or pulling ahead in obtaining the Arsenal targets, an extremely worrying sign given the state of the market and Arsenal’s lack of champions league football.

Though I do not want to sound like a broken record like mostly all things Arsenal the current squad divides opinion. Being the youngest in the league (a result of Arteta’s own making) the side has been through its fair share of hardships and successes this season. The notable of the two is their inability to secure the top 4 even though being in pole position to do so, with the complete capitulation of their season being attributed to their young age with many brushing off this past season as a stepping stone or a crucial lesson which would potentially lead to future success.

Others are not so lenient with the team considering Arsenal houses a lot of internationals in their current personnel some of who are key parts of their respective nations so inexperience isn’t a good enough excuse for them. As well as the fact team with younger averages than Arsenal have found success where this side have failed such as the 2019/20 Man United side.

And while I am a fan who is of this opinion and is also not so optimistic that this young core possesses as much talent to become a force as some fans and pundits make out. I do think their failures this past season are not completely a fault of their own with key players such as Saka being overplayed rotation being a myth and a lack of reinforcements in January to lessen the burden I personally look towards the management before the squad for last seasons failure. Additions are needed and hopefully are secured given the draining fixture list Europa league football brings.

By this point, you should have gauged that Arsenal divides opinion, especially among fans who watch every week so much so you hear many drastically different assessments of anything Arsenal by fans from opinions on the owners to the club cameraman. There is barely any neutrality when talking about the club that which can make one crazy as most are overly positive about the direction the club is heading to the point that if you even question it regardless of whether it seems reasonable or not you will receive abuse.

A section of fans can and will hound people calling them ‘negative’, not a ‘real fan’, and mock your supposedly lofty standards for the club to name a few if you question Arsenal and particularly Arteta. Arsenal fans who watch from home & foreign fans in particular who are not wholly positive are usually regular receivers of this which is a shame considering it should be common knowledge not only that not every fan can afford a ticket to a game or make it to a game but also that not every disagreement should lead to abuse.

The heart of football clubs and football as a whole has and will always be the fans whose support from wherever they may be they drive clubs to be better and seek to improve season by season, realistically that is how it should be for every club and throughout its history and through its own merit Arsenal has been able to build a massive worldwide fanbase with fans all across the globe tuning in at whatever time necessary to watch the club play. A feat for any club and it is for this reason it is heartbreaking when these fans’ opinions are not valued by other Arsenal fans due to them not being able to watch the team play in a stadium home or away week in and week out.

Along with overly positive fans, there are overly negative fans who seem to be able to find fault with every positive thing about the club whether it be a performing/promising player or a good transfer deal it is clear toxicity exist is present in this fanbase. A likely result of ‘things such as stan culture finding its way into football as some people seem to clearly value certain individual’s potential success over the clubs as a whole which is a shame because the main concern for followers of the club should always be Arsenal’s regardless of who plays or spearheads a project.

Given their track record while I know many Arsenal fans will brush a lot of what I just discussed off i implore them to try to actually remain neutral and level-headed regarding whatever season events occur this season as it is probably the biggest in Arteta’s project so far and our support and criticism will set a precedent for this clubs future. 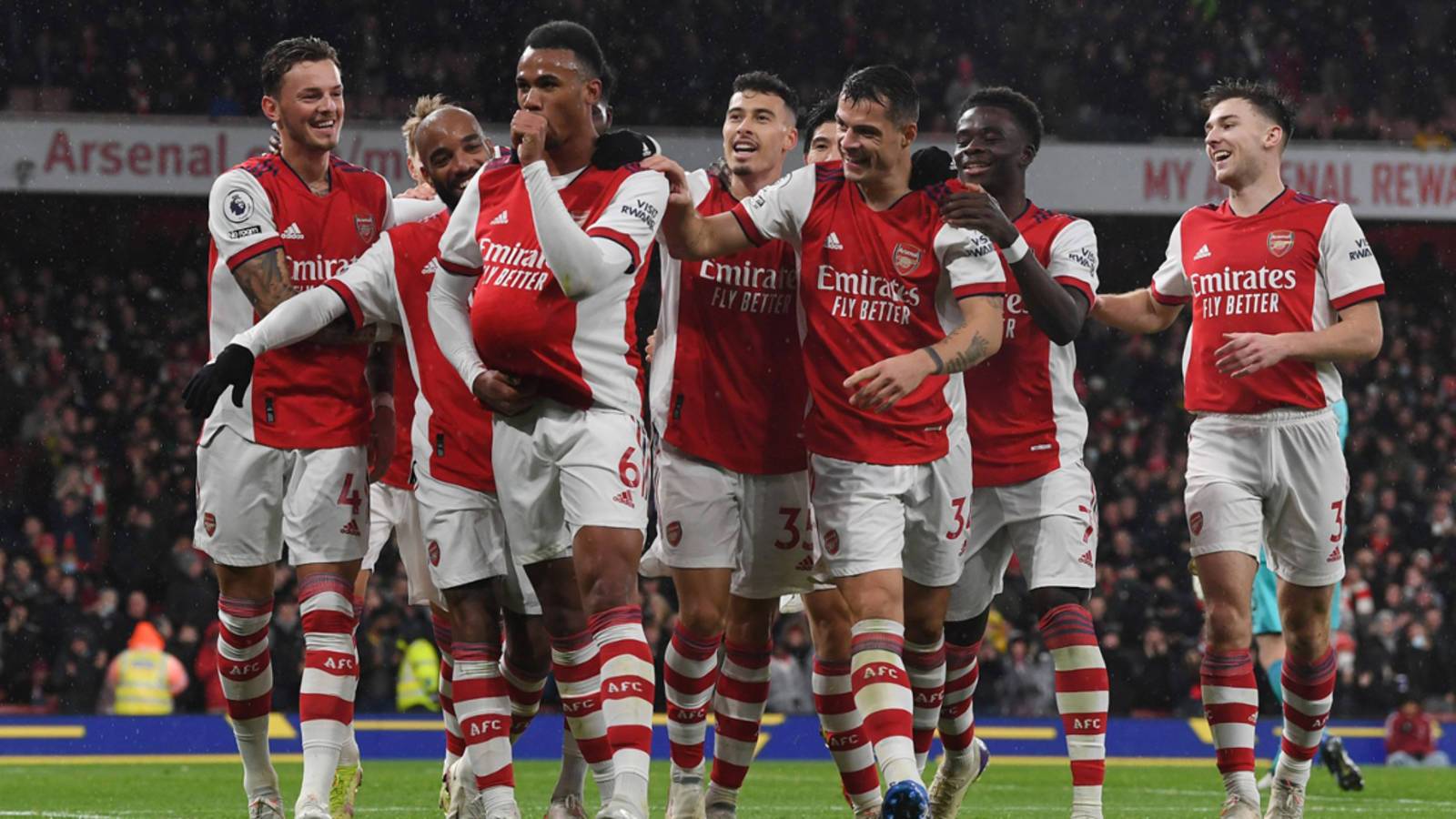