With matchdays 31 and 32 proving disastrous ones for Arsenal as the club looks to obtain champions league football for the first time since 2017 fans of the club have finally seemingly acknowledged how detrimental the January transfer window was to the club’s current ambitions. Some fans solely blame Mikel Arteta due to decisions he has made this season regarding transfers and others solely blame Edu due to his failure to acquire personnel in January. Regardless of your opinion though it is clear this partnership can not continue for the good of the club’s immediate future.

On the 10th of September, Arteta was promoted from head coach to manager of Arsenal at the time this decision was not questioned as Arteta had just secured European football, and fans were excited to see the personnel he would bring in to execute his vision for the club with the help of Edu but by the time the window was many fans did not hold the same sentiment.

Arsenal in the summer of 2020 signed 6 players and sold or loaned out 5, this transfer window was seen as a failure by many as Arteta and Edu failed to capitalize on their momentum and add real quality to the squad apart from one or two areas such as CM with the signing of Partey. Signings such as Runarsson, Willian, Cedric, and Mari all proved to be disastrous with only one still actively playing at the club. This window also highlighted Edu’s clear inability to negotiate as he failed to negotiate a deal for Aouar and also get a lower price for Partey and also highlighted Arteta’s poor talent ID as signings such as Willian failed to help the team in any way .

This along with the season that ensued made fans wary due to majority of the problems stemming due to decisions made by Edu and Arteta throughout the season, a clear showing of inexperience and bad recruitment something which carried over into this season. But despite the poor season, Arteta was backed heavily by the Arsenal board a surprise to many which showed the club’s faith in Arteta’s vision. Fans of the club accepted this and as every fan does before a season had faith regarding the future. Faith which in my opinion which was not repaid.

It is no secret Arsenal squad is lacking in personnel and real quality off the bench but given the decisions to get rid of and let go certain players the current state of Arsenal can be recognized as one of Arteta’s and Edu’s own making. Due to the acquisitions in the summer window and complacency in the winter window.

In the summer as previously stated Arteta was backed significantly by the board and bought 6 players for a combined sum of £150.68 million and had 10 departures receiving a total of £28.26 million from said departures. To add context the only player who was sold outright was Joe Willock the rest were loans with two having options to buy and David Luiz leaving for free.

The summer signings of Ramsdale, Tomiyasu, White, Tavares, Odegaard, and Lokonga were all mostly met with either scrutiny or confusion both due to the fees and also the fact that none seemed to genuinely elevate the team in fan’s eyes. While I wouldn’t say the window was a horrible one it was not a good one. Building for the future has not turned out how he expected in more ways than one and have contributed to Arteta’s current predicament.

ALSO READ:  Knocked out! The top ten nations who will definitely not be at the 2022 World Cup
Embed from Getty Images

The signings of White and Ramsdale have been decent ones with both proving useful throughout the season and though they are not world-class or in my opinion have the potential to be the two are nowhere near the problem at the club currently. Tomiyasu in my opinion was the best signing made this summer becoming Mr reliable on the pitch but his injuries have made us worse than we are when with him. Martin Odegaard as well has been a decent signing but is someone who will have to step up given the loss of Partey.

But unlike those 4, summer signings such as Tavares and Lokonga have failed to find their feet and establish themselves positively at the club making them unreliable to both manager and fans when called upon something which can simply not happen when you are competing for top spots. The two youngsters hail from lesser leagues than the prem and weren’t exactly revered youngsters before their summer switch to Arsenal and this hasn’t changed throughout the season. The two have had their moments but matches like Nottingham Forrest away and recent injuries to Partey and Tierney have exposed their glaring flaws to fans. And it with this lies my problem with the duo of Arteta and Edu.

Arteta in my opinion has not shown a great eye for talent or personnel which will help him throughout the season in his time as manager. He has failed with Willian. Runarsson, lokonga and Tavares to name a few leaving us in bad positions. But the bigger problem is that instead of replacing this players which clearly have shown they will never be as good or reliable when needed he fails to do so at all persisting with a weird stubbornness with the past January window being a big example of that.

ALSO READ:  Manchester United: Why is Harry Maguire being protected whilst Cristiano Ronaldo is being made a scapegoat? (2022)
Embed from Getty Images

In January we were in a good spot, a spot many such as myself expected us to be in given the money spent but it was clear the squad needed more bolstering than thinning, and instead of doing both, we did one which has hurt the club tremendously. Versatile squad players such as Calum Chambers were sold despite being someone who could be useful like now given Tomiyasu’s absence which could also allow Cedric to play lb instead of Xhaxa or Tavares who Arteta has no trust in. Maitland Niles who was finding his feet and was blocked from a permanent move away in the summer was loaned out and one of our best goalscorers in recent memory Aubameyang was paid to leave without a replacement due to seemingly internal strife.

If there was ever a moment or period of time to highlight all the issues with both Arteta and Edu it was the winter window. Arteta’s stubbornness and weird relationships with certain players left us in positions worse than before while Edu’s incompetence at negotiation and recruitment showed as he failed to make money from outgoings and also failed to sign anyone despite the state of the squad and was rejected by his seemingly only target in Dusan Vlahovic.

It was clear after this window that both cannot be trusted with this club’s future, especially on the transfer side of things and if the board is serious about getting Arsenal back where it needs to be serious discussions need to take place with them both. 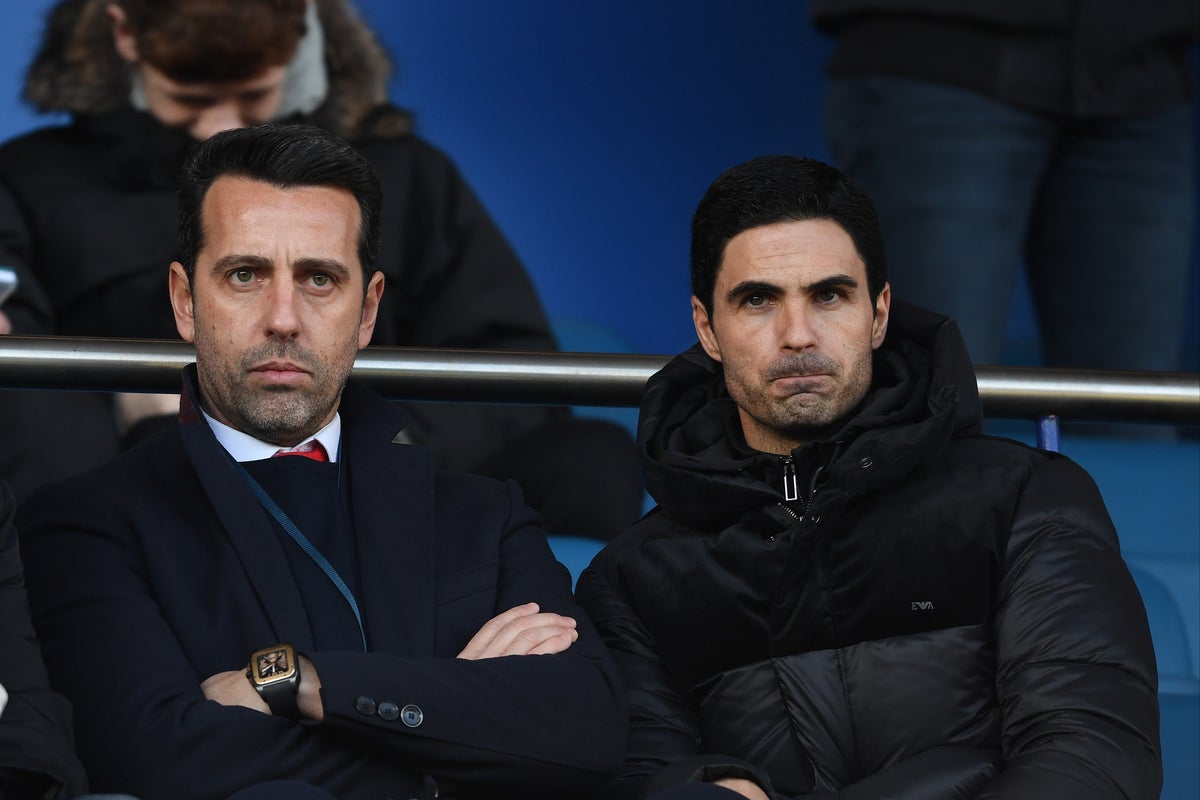