The FIFA World Cup kicks off in Qatar on Sunday, with plenty of talk about who is deemed to win the competition. At this early stage, it’s unpredictable – Brazil is one of the hot favourites, with England, France and Argentina also highly considered as potential winners according to the bookmakers.

One of the more shocking results in qualification leading up to the tournament was the downfall of EURO 2020 winners Italy. The four-time World Cup holders failed to qualify for the second consecutive tournament after finishing behind table-toppers Switzerland in the group before losing to North Macedonia in a playoff.

Little has been said, however, about the omission of another nation that, on paper, has the potential to be dominant in world football – Norway.

The Norwegians lost out to a place at the finals after finishing third in their group behind Netherlands and Turkey, with a notable absentee in some fixtures – Erling Haaland. Perhaps one of the greatest players in the world right now, Haaland’s presence at the World Cup will be missed, and the striker is also set to be omitted from Norway’s upcoming friendlies with Ireland and Finland due to injury. With 21 goals in 23 appearances for his country, how well could he have performed at the biggest tournament in world football?

Haaland’s injuries during the qualifying campaign had an evident impact on the teams’ qualification, with only four points gained from the three games that the striker missed. It should, however, be noted that Haaland isn’t the only gifted player in the Norwegian squad.

One of the most prominent figures in the Premier League right now is Arsenal’s Martin Ødegaard, and the Drammen-born attacking midfielder is proving to be more and more outstanding by the week. After signing on loan from Real Madrid in 2021, the youngster brought a different level of creativity to Mikel Arteta’s squad and signed a permanent deal worth £29 million to continue his success with the Gunners. Since joining, he has produced some fantastic performances and is dangerous on a set piece alongside other qualities all over the pitch. The 23-year-old has scored six goals for Arsenal this season and has taken the captain’s armband for both club and country. A player of his calibre will be highly missed at this World Cup.

Another big name on the Norwegian roster is Real Sociedad’s Alexander Sørloth, who although is slightly pushed aside by Haaland in the front row, still boasts 15 goals in 44 appearances for his country. The 26-year-old could be described as quite the journeyman, with stints in Turkey, Denmark, Germany and England where he acquired 16 appearances for Crystal Palace between 2018 and 2020. The six-foot-five striker is well known for being pivotal for Trabzonspor in the 2019/2020 season where he joined on loan from Palace, securing them the Turkish Cup to claim their first piece of silverware in over ten years while bagging 34 goals in the league and cup campaigns.

Their manager, Ståle Solbakken, must also be mentioned, as the former Copenhagen coach has managed Norway since 2020 and claims a 55% win rate since taking over. A decent achievement has given the high standard of their recent opponents. The team face a somewhat difficult group for their EURO 2024 qualifying campaign commencing next March, with Spain and Scotland being the tricker challengers, alongside Georgia and Cyprus making up the remainder of the group. With a fit Haaland, maturing Ødegaard and various other progressing players such as Southampton’s Mohamed Elyounoussi and Nürnberg’s talented Mats Møller Dæhli, the squad are well capable of qualifying for the next major tournament.

In theory, the World Cup will hold a slight disadvantage with the absence of Haaland, even though both Messi and Ronaldo will feature. The youth and freshness he brings to the pitch cannot be denied, and would be a huge contender against the likes of Mbappe and Kane. We can see on a weekly basis just how extraordinary he is for Manchester City, but it triggers the thought – how well would he have performed in Qatar? 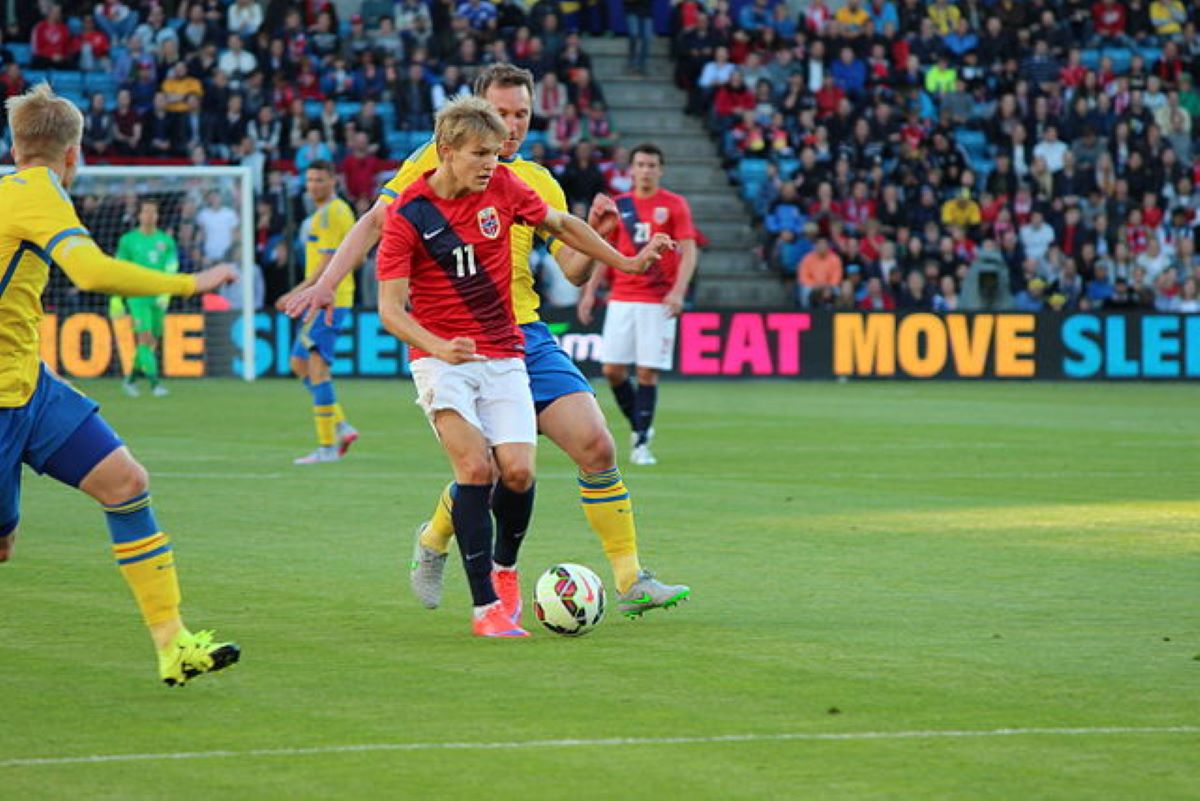