Headers, penalties, poacher-like goals and hat-tricks; Manchester City’s Erling Haaland has scored them all. He already has nine goals to his name in the Premier League and that’s after only five games. Defenders have found it impossible to stop the Norwegian number 9 so far and the question beckons: is it even possible?

Haaland signed from Borussia Dortmund in the summer and his outrageous ratio of averaging a goal per game created very high expectations. A new country, a new league, a different culture: all these could contribute to a slow start and settling process for players. For Haaland, none of this mattered. He is a natural goal scorer and there is no doubt he would succeed anywhere he goes.

Obviously, his speed, power, and strength make him quite a handful for any defender to deal with. But it is his positioning that has caused major issues so far. His first two goals against Crystal Palace showed this perfectly. To score his header he occupied the space between both centre-backs.

As a pinpoint cross from Phil Foden arrived he used his body to get in front of Marc Guéhi to give himself a great chance, which he took brilliantly. For his second goal, he begins by occupying the space between the defenders again until Manchester City take a short corner and instead of being drawn towards the ball he peels off to the back post in anticipation of the ball coming across and gets his reward with a tap in.

Similar anticipation can be shown with his goal vs Newcastle on the weekend too; he occupies vacant areas until the moment the ball comes across and he is there to pounce before any defender can react. His third goal against Crystal Palace was all about his strength to hold off the defender and the calmness and desire to shoot at the right time to allow the goalkeeper no chance of stopping him from getting his first hat-trick for the club.

On Wednesday he did the exact same thing against Nottingham Forest – yes, another hat-trick. For his first goal, again, Haaland occupied a space between the central defenders until the cross came in, from Foden again, where he ran to the front post and finished with one touch before any defender could react. His composure to finish the other two goals, again made it look easy, but his positioning was the aspect of his game to allow this.

So, the answer to the question “Can Haaland be stopped?” is probably no. Even if he fails to score in some games the defenders will be so focussed on marking him as much as they can that this is bound to open up space for other players to take chances. Given the quality that Manchester City possesses this will only end in goals. 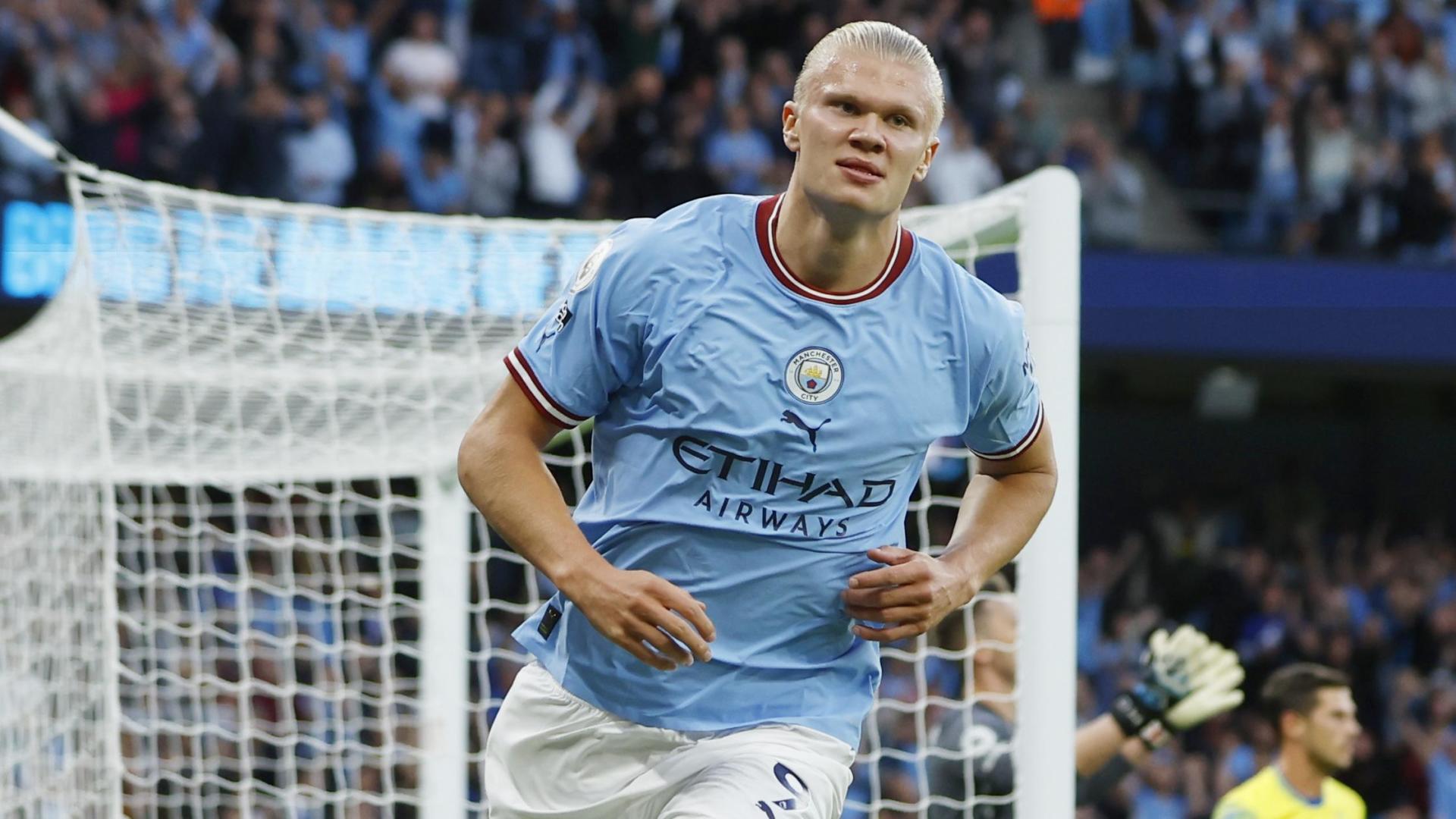