The Belgium International Striker signed for Liverpool on a ‘long term deal’ earlier this summer after Liverpool finally gave in to meeting Aston Villa’s whopping great big release clause of £32.5 million (making him the second biggest transfer of all time).

Liverpool’s manager – Brendan Rodgers – who’s job was reportedly under threat at the end of last season after finishing 5th – has promised ‘great things’ from the Striker this season.

Benteke joined Premier League Club – Aston Villa in the summer of 2012 on a four-year deal for a fee that was believed to be around £7 million, he stated that it was a dream come true moving to the English League.

During his time at Aston Villa, he scored 42 goals in 3 years (88 appearances), many of which came from his very successful 2014-15 season, which resulted in interest from top-flight clubs such as Liverpool.

The sensational goal that Benteke scored against Swindon Town in a Pre-Season friendly for his new club, gave Liverpool fans a ray of hope for their fight for Champions League football this year.

After falling short in their – quite frankly – disastrous 2014/15 season. He then went on to score his first competitive goal for the club on Monday against Bournemouth, which resulted in them winning the game 1-0.

Some may say it’s too early to tell how the Belgium striker will turn out at the club, especially with Rodgers’ disastrous signing of – once 20 goals a season – stiker Mario Balotelli last season. But I think it’s safe to say that Daniel Sturridge (when not injured) and Christian Benteke can be Liverpool’s new dynamic duo that are more than able to fight for a Champions League place this season, with the assistance from creative playmaker – Coutinho and new signings – Roberto Firmino and James Milner. 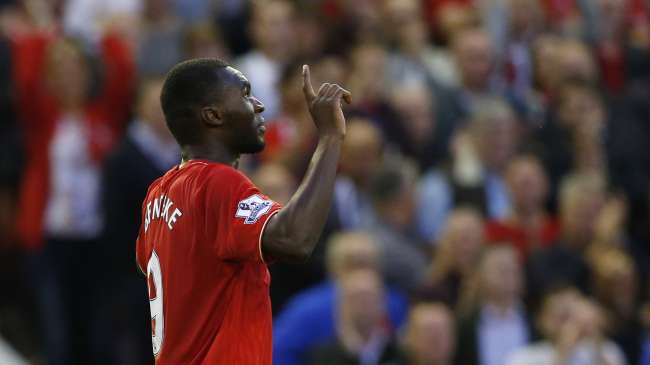