Since the Premier League’s return, we have seen Everton introduce another promising talent in attacker Anthony Gordon. The 19 year old is showing signs of maturity, more than most players have shown in a similar age range.

Not many would have expected Gordon, a player lacking senior game time, to feature in Everton’s youngest ever side to play in this year’s Merseyside derby. However, the player himself was not so surprised.

The player told Sky Sports: “I wasn’t surprised that I started, because I’d been working really hard in lockdown”.

Everton have been fluctuating in terms of performances and results since the return. Boss Carlo Ancelotti has seen his side win two, lose two and draw one. In these games, you could arguably say that Gordon has been a standout performer, showing plenty of energy and enthusiasm on the pitch. Supporters will be delighted to see a promising talent come through the ranks; bringing light and hope to what will have been an underwhelming season for the Blues.

Gordon wasted no time during lockdown, ensuring he was primed and ready for when football resumed. The Kirkdale born winger (a borough in Liverpool), spent lockdown on an army camp with personal trainer, Callum Webb who hails from Liverpool too.

Gordon added: “I wanted to get that edge that could possibly turn me into a Premier League player. It was massive for me to do that and I pushed myself as much as I could. I was up early mornings doing two to three sessions a day and I really enjoyed it as it pushed me to my limits”.

The benefits of the army camp clearly paid off during the Merseyside derby last month. Gordon recorded the most sprints in the game (15). This was his official debut in the Premier League; playing an hour of the game.

In the dreary 1-0 defeat to Tottenham, he stood out again in what was a poor performance for the Everton team. Ancelotti turned to Gordon during the game, in an attempt to liven up the tempo of Everton’s play. In the game against Spurs, Everton lacked enthusiasm and drive, especially in the first half. When Gordon was introduced to the game in the second half, he produced two key passes and reached a top speed of 33.3kmh; the fastest out of any of his team mates that featured in the game.

Gordon has slowly risen through as a young starlet for Everton and could soon be featuring the England youth or (potentially) senior setup.

It’s been three years this week, where England U19s were crowned European Champions; beating Portugal in Georgia. 2017 was definitely a golden year for the young generation of England football. The U17s won the World Cup in the autumn under boss Steve Cooper. However, the country’s biggest win since 1966 was the U20s World Cup victory in Suwon.

Five of Everton’s young stars featured in the U20s triumph, Dominc Calvert-Lewin, Ademola Lookman, Jonjoe Kenny, Kieran Dowell and Callum Connolly. Gordon has admired the success of his peers; seeing it as an inspiration for his progression as a player.

Before the 2017 triumph, the previous best for an England U20s side was finishing 3rd in 1993. Four of those England players went onto play at senior level. Nicky Butt, Nick Barmby Alan Thompson and David Unsworth were the lucky few. The latter, is now managing the Everton Under 23’s.

The Under 23’s boss has previously worked with Gordon in the U23s setup. Having that experience, he is well placed to make progress towards a senior cap for the Young Lions in the near future.

Former Everton boss, Sam Allardyce was the first to introduce Gordon to the senior setup. After that, he had to wait for another two years to be introduced to the fold again. The winger was twice named on the bench towards the end of Marco Silva’s reign as Everton boss.

His first official appearance in the senior team came in December’s quarter-final defeat in the Carabao Cup to Leicester; losing on penalties. It was caretaker boss Duncan Ferguson who gave him the opportunity, before Ancelotti took the reins.

During his time in the U23’s setup, Gordon struggled to cement a starting spot. Before he signed a 4 year deal with club back in March 2019, Bayern Munich were reported to be interested, as well as Borussia Dortmund. Dortmund are well known for the opportunities they provide to up and coming talent.

After conversations with Toffee’s football director Marcel Brands and the tradition of providing a route to the senior setup, Gordon was committed to the club. With 8 goals in 10 games for the U23s during the Christmas period, this type of form was what propelled him into the senior squad, before Silva’s dismissal.

Carlo Ancelotti has put a lot of faith in the youngster, however, Gordon is making sure he doesn’t take his opportunity for granted.

The young winger has said the likes of full backs Leighton Baines and Seamus Coleman have been a huge source of inspiration for him. The Everton stalwarts have been mentors to the young local lad. He’s described Leighton and Seamus as “massive leaders”.

Gordon has featured predominantly on the left side of midfield in Ancelotti’s preferred 4-4-2 formation. However, he has shown willingness and determination to come off the left flank and cut in centrally; getting more involved with play. In the longer term, Gordon would like to see himself occupying the number 10 role.

The Everton boss Ancelotti has put in a lot of trust in the teenage winger; justifying the decision to hand him four starts has purely been based on merit.

Showing a lot of energy, the thought of him scoring his first goal in the Premier League would bring joy to the fans on the blue side of the Mersey. Ancelotti would also be delighted of this feat, seeing as Everton are in much need of greater productivity in the middle of the park. Bernard and Gylfi Sigurdsson are joint third in the scoring charts for Everton; producing only three goals each.

Anthony Gordon definitely knows what it means to wear the Everton shirt. He has only shown glimpses so far, but there is no doubt that Everton and England have a star for the future. 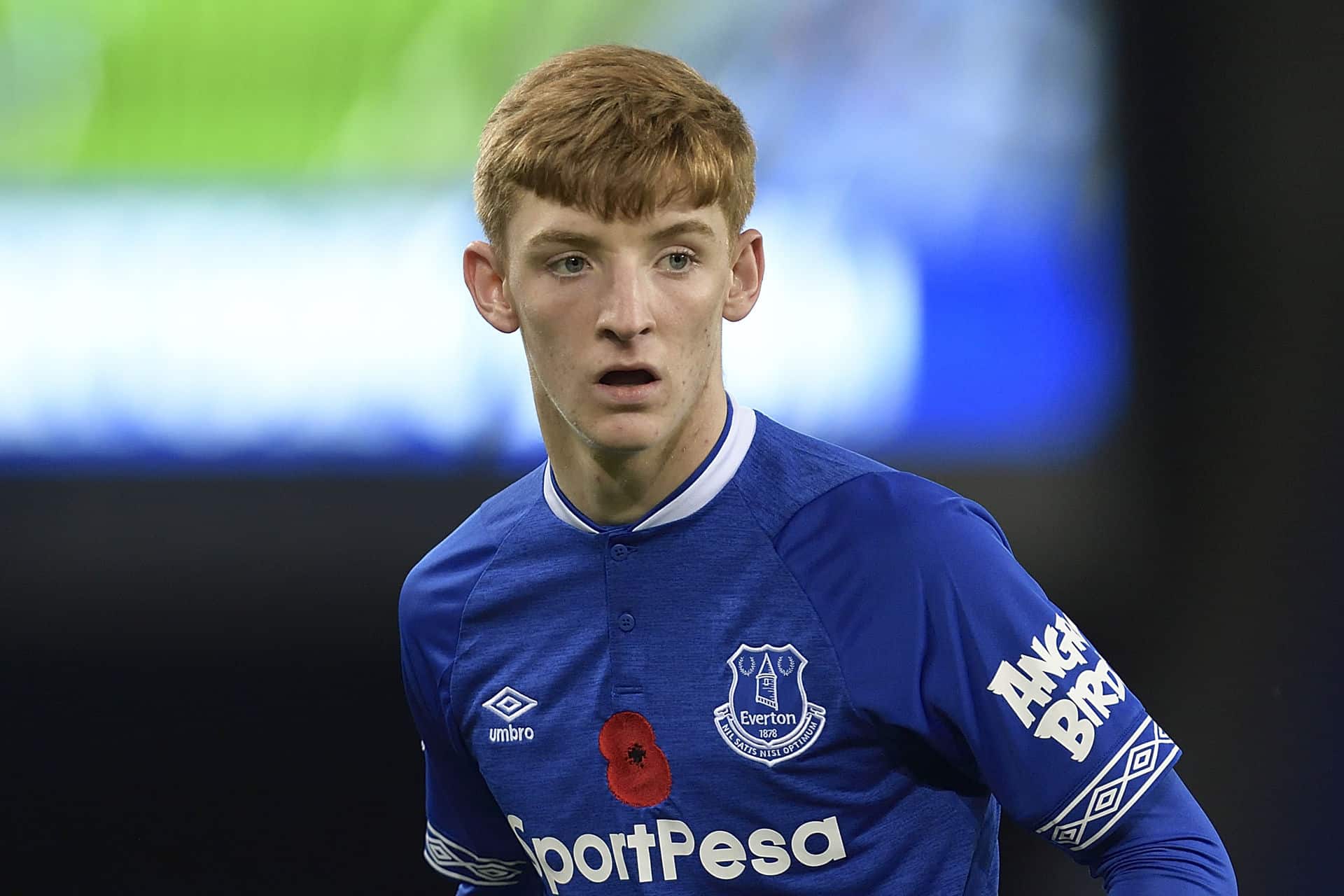