It was a fairly bland affair between the two sides, as the Merseyside derby ended goalless last night.

This draw means that title chasers Liverpool will have to wait a little while longer to claim their first title in 30 years.

Prior to the game, Liverpool required six more points to win the Premier League. Unfortunately, without Mohammed Salah or Andrew Robertson in the team, you could say the Reds lacked ruthlessness going forward; accumulating only three shots on target.

However, it was Everton who created the best chances of the game. Dominic Calvert-Lewin, Tom Davies and Richarlison all had an opportunity to grab a goal in the derby. Close but no cigar.

The stalemate has delayed Liverpool’s title claim. Despite being 23 points ahead of rivals Man City, they will be hoping City will drop points against Burnley this Monday evening.

Should City drop points tonight, Liverpool can potentially win the title at Crystal Palace on Wednesday. If Man City are to win their next two games against Burnley and Chelsea, then Liverpool will have the opportunity to claim the title at the Etihad on 2nd July.

Everton have moved up one place, to 12th.

In the behind-closed doors encounter between the rivals, both teams had their fair share of chances. Everton were the closest to grab a goal with Richarlison blasting a shot past the far post, before Takumi Mimamino drove towards the Everton area with a 25 yard drive going wide.

The first half was a quiet affair, neither side making their mark on the game. Matip’s header from an Alexander-Arnold corner was put wide, before a headed effort from Richarlison was flicked over the Liverpool crossbar. However, if that effort went in, it would have been ruled for offside. Nonetheless, it was Everton’s best move of the first half.

In the second half, the visitors started strongly, with efforts from Naby Keita, Firmino and Van Dijk not quite troubling the Everton defence. The lack of ruthlessness from Liverpool was almost punished, when Richarlison fired a shot past Allison’s far post.

It was this chance, that spurred Everton on to attack. Twice, they went close with efforts from Calvert-Lewin; his back-heel effort denied by Allison, followed by an effort from Tom Davies hitting the post. A corner followed suit. A flicked on header by Holgate lead to a diving header by Calvert-Lewin, who’s effort narrowly missed the post.

Stoppage time ensued, Liverpool were awarded a free-kick. Fabinho curled a strike towards goal, making Pickford work to deny his attempt with a leaping save.

Neither team were going to have a strong performance, after being out of action for three months.

However, Liverpool lacked the cutting edge and quality they’ve shown previously in this almost successful campaign. Despite the Reds dominating possession and creating chances throughout the second half, you could say Everton would be disappointed to walk away without the three points.

Everton undoubtedly had the best chances of the game to find a winner late on in the second half. Liverpool now have to wait a little longer to claim their long-awaited title.

Everton however, will feel upbeat with that performance and it can hopefully kick on a strong end to the season. 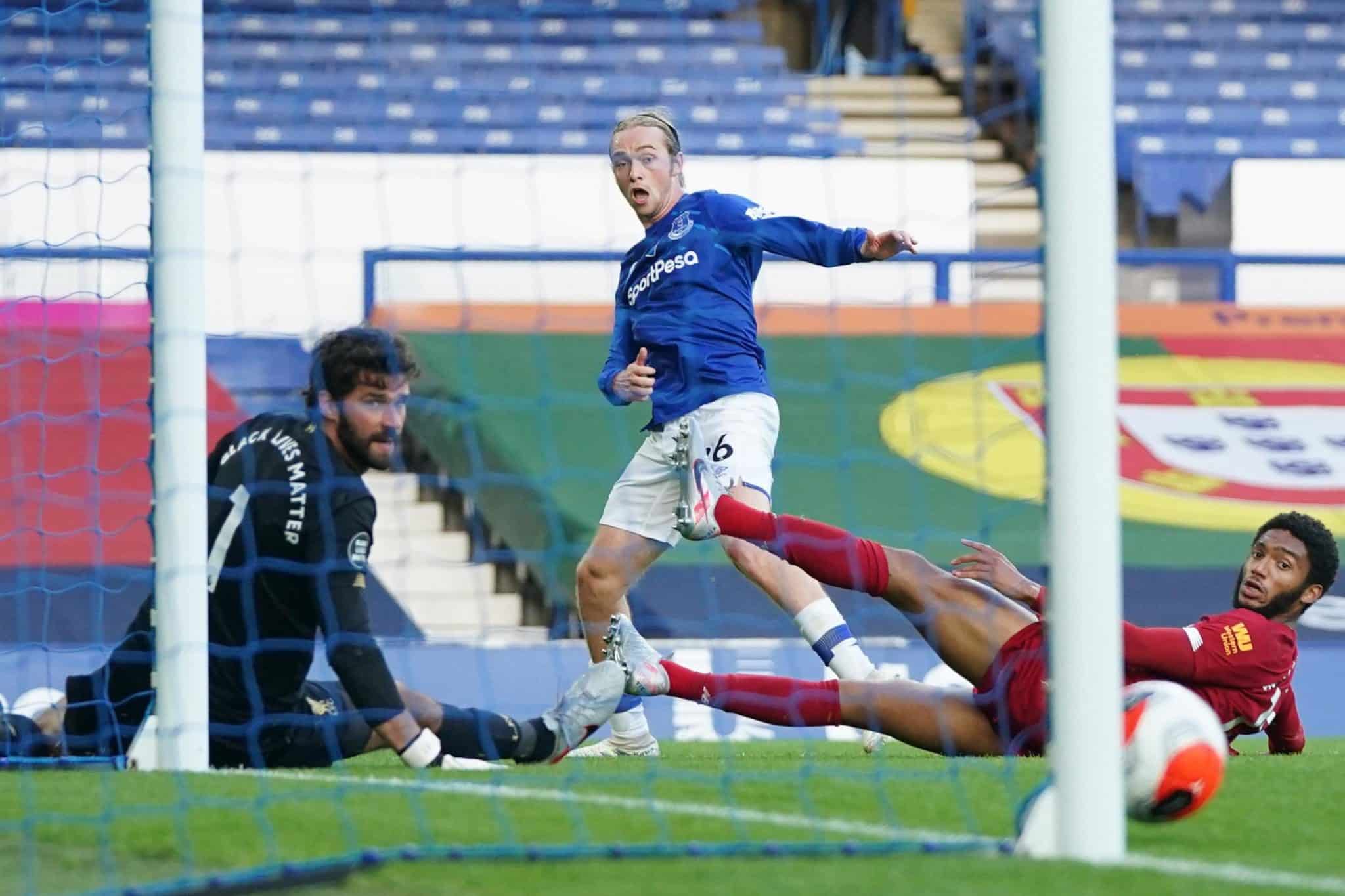