It is clear that sacking season in the Premier League has well and truly arrived. Before the Winter World Cup break we saw the high profile departure of Steven Gerrard from Aston Villa, as well as the end of Bruno Lage’s time at Wolves, and the sacking of Ralph Hasenhüttl at Southampton.

Furthermore, the last few weeks look to have been some of the most challenging in the relatively short and adventurous career of Graham Potter, and the pressure seems to be mounting on the Chelsea boss. Alongside this, the weight of Everton’s recent poor form has finally taken its toll on manager Frank Lampard and their recent misfortunes have cost him his job as the Toffees manager.

The life of a football manager in general is never the most ideal in regard to job stability, but in the Premier League this hard truth is even worse, and in the case of most clubs within the league it is something that never seems to change.

Pep Guardiola recently voiced his support of Graham Potter following Manchester City’s 4-0 victory over Chelsea in the FA Cup and Potter himself also recently pointed out that Pep Guardiola needed at least a year before he won anything with his extremely successful City side. Both of these points alone bring up the age old question, should football managers be given more time in the job?

If you were arguing in favour of ‘yes, they do need more time’, then you only need to look at the top of the Premier League. There you will find Arsenal and their boss Mikel Arteta, sitting five points clear at the top (with a game in hand), having just beaten two of their biggest rivals convincingly. The turnaround that the Arsenal manager has mastered in his four years at the club has been extremely impressive, but the only reason we have been able to see it, is the fact that they seem to have a very patient board of directors.

Casting the mind back to August 2021, when Arsenal started the 21/22 Premier League season with three defeats in three games, nine goals conceded, and no goals scored. They sat at the bottom of the league and whilst it was clear that this was not good enough for a club of their stature, the board did not panic and make any rash decisions and they stuck by Mikel Arteta. This is a decision that seems to be paying dividends for the club right now, as each and every player within their first team looks as if they would run through a brick wall for the Spaniard.

Furthermore, the conversation about patience with football managers could be brought back to Pep Guardiola at Manchester City, as well as Jurgen Klopp and Liverpool. Both of these managers have led incredible periods of sustained success, winning an abundance of trophies along the way, but their start to life with their clubs was not plain sailing whatsoever and it took time and patience to reach the levels that they have. It would be interesting to see if both Liverpool and Manchester City would have been as successful over the past few years if they were not patient and they sacked their managers after less than a year in the job.

Radical manager changes are not just relevant at the top of the Premier League though, they affect every single club. This is especially when a club is very close to and threatened with the doom of relegation. Often, a quick change is seen as exactly what is required to lift the mood and change the fortunes of the team, in other words, teams gamble on the ‘new manager bounce’.

ALSO READ:  “Weird to see him around the dressing room” – Arsenal manager Arteta opens up about strange yet ‘beautiful’ return of Arsene Wenger to Emirates

A recent example of this lies with Burnley last season, Sean Dyche was dismissed from his long-term post as the Clarets boss in a late push for survival, this however did not pay off despite the best efforts of caretaker manager Mike Jackson and his team. However, the counter argument to this is that despite their relegation to the Championship, the club hired former Manchester City captain Vincent Kompany and they are now clear the top of the second tier and playing some of the best football they have played in the last decade.

No matter what your thoughts on manager sackings may be, they sometimes work and they are sometimes disastrous. However, club’s may think differently about them if Mikel Arteta and Arsenal go on to win the Premier League at the end of this season. 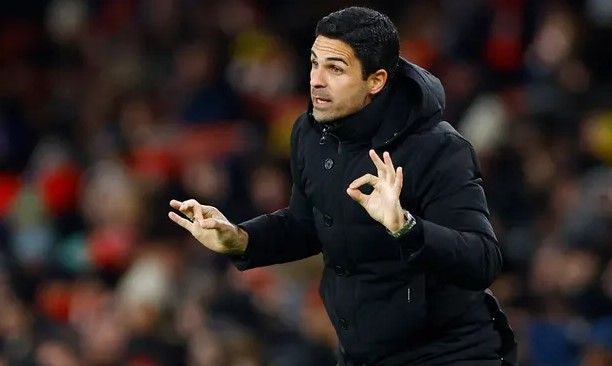